His wife Fran and his staff members have also tested negative. 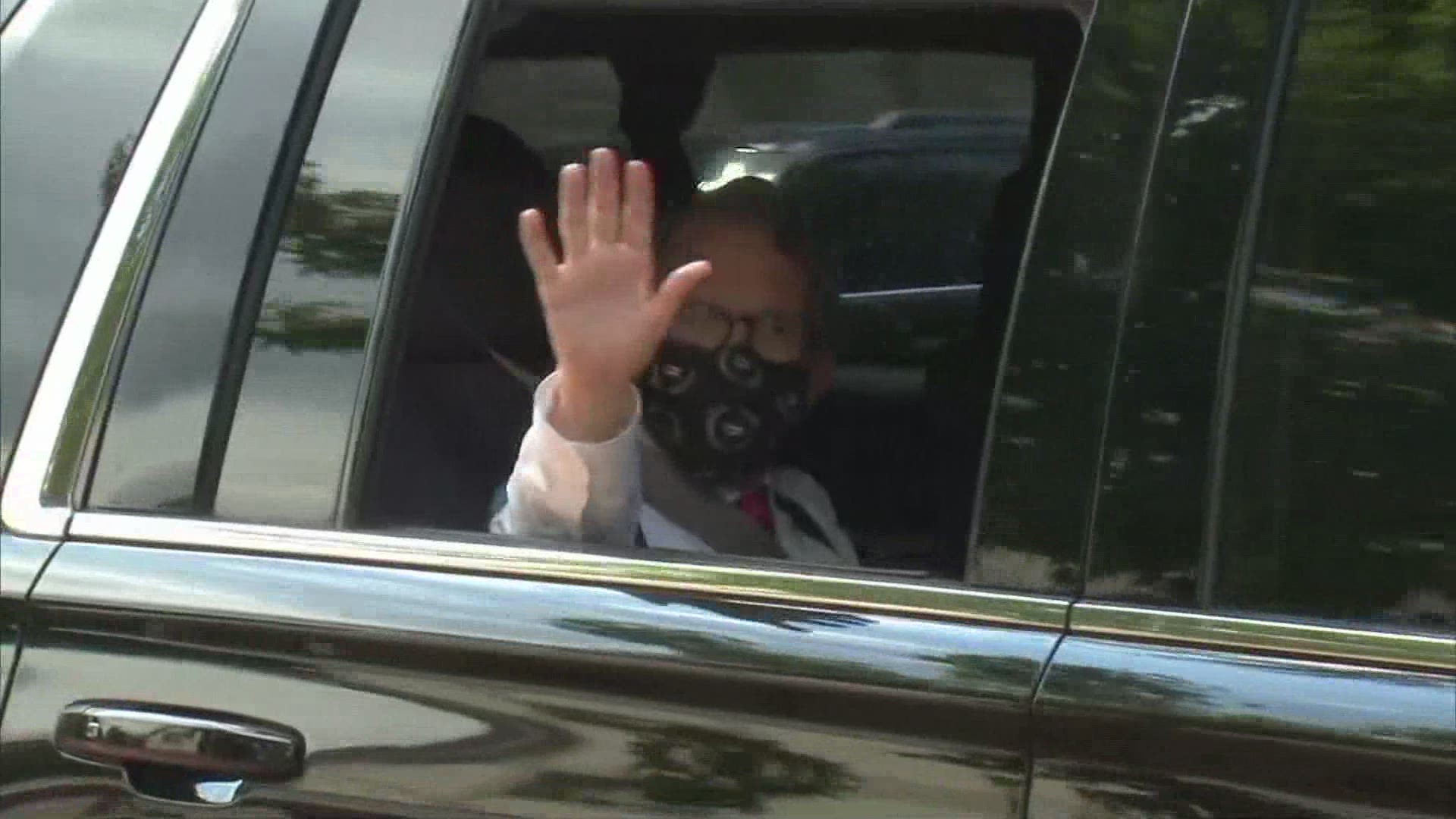 In a statement sent out by his office, his wife Fran and his staff members have also tested negative.

"The PCR test looks for the specific RNA for the SARS CoV-2 -- in other words, the genetic material specific for the virus that causes COVID-19.  This test is known to be extremely sensitive, as well as specific, for the virus.  The PCR tests for the Governor, First Lady, and staff were run two times.  They came back negative the first time and came back negative when they were run on a second diagnostic platform."

DeWine's office goes on to say they feel confident in the results and this is the same PCR test that has been used over 1.6 million times in Ohio by hospitals and labs.

Thursday morning, DeWine was tested before he was scheduled to greet President Donald Trump in Cleveland. The results of the rapid test came back positive.

As a result, DeWine returned to Columbus to be tested again along with other people he had been with recently.

The test administered in Cleveland was part of the protocol required to meet the president.

DeWine's office says out of an abundance of caution, both he and his wife plan on having another PCR test on Saturday.