Current law does not set minimum standards for police pursuits. 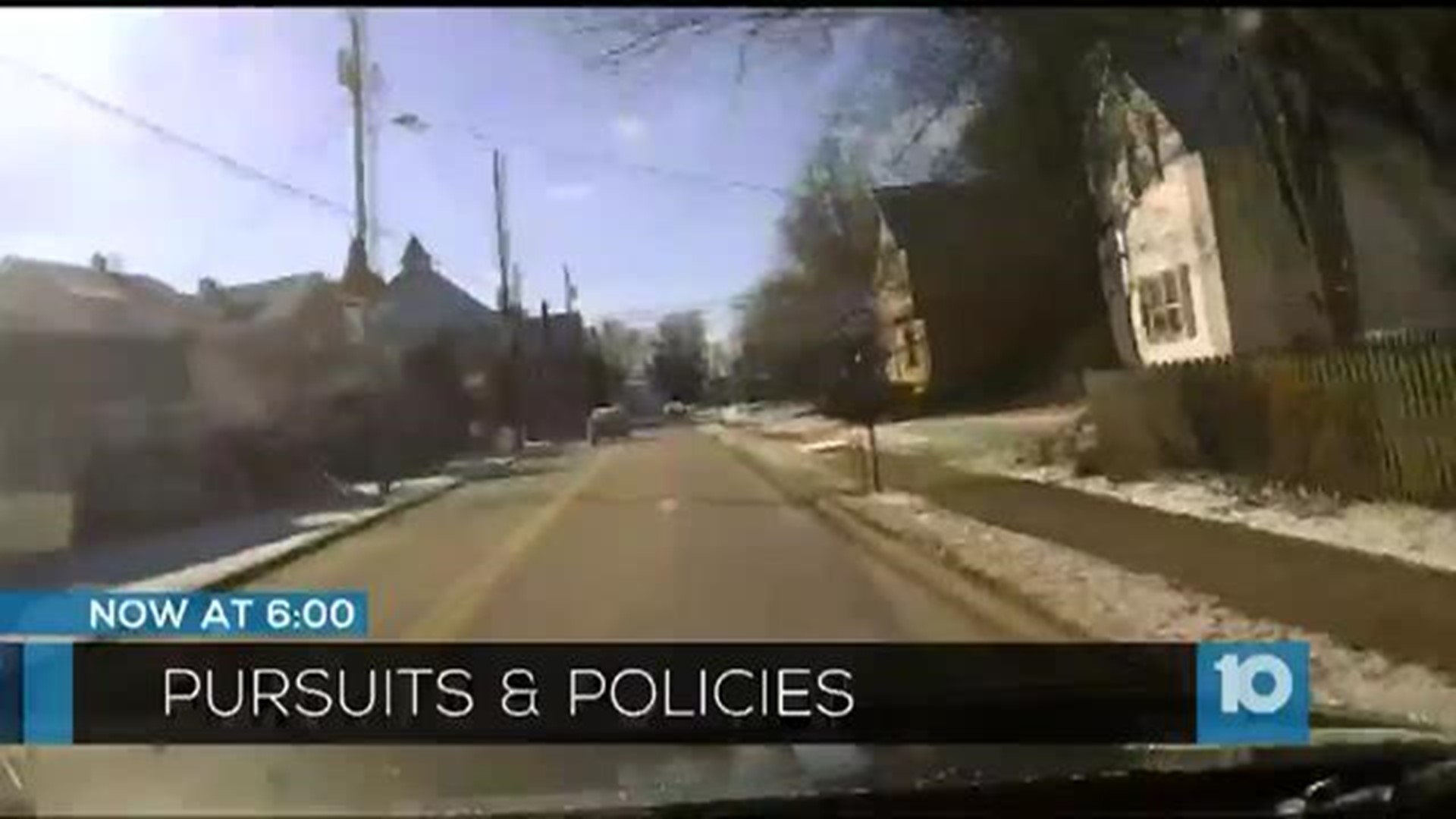 Car chases are one of the most dangerous parts of police work, putting the public and officers at risk.

Now Ohio's Governor is calling for state standards to make our streets safer.

"It's the second most dangerous thing we do, short of discharging our firearm. Pursuits are very dangerous," said Phil Plummer, current Ohio State Representative, former Montgomery County Sheriff. "We need a better statewide policy and quit killing innocent people. Number one you destroy families, number two the officer has to live with that for the rest of his life, number three, the government is paying the lawsuit."

Plummer is one of the members of the Ohio Collaborative Community-Police Advisory Board.

Monday Governor DeWine charged that Board with a new assignment:

"Right now law requires that agencies have a pursuit policy," DeWine said. "But the content of each policy is totally up to each agency. What I would like for you to do is develop a new state standard."

Franklin County Prosecutor Ron O'Brien is also on the Board. He says a lack of consistency between neighboring agencies can create problems.

"Here in Franklin County we've had a few instances of that recently, because the city of Columbus's chase policy is different than the Sheriff," O'Brien said.

Board members Monday said part of the standard has to be an evaluation of which crimes are worth pursuing.

"A minor misdemeanor traffic violation such as speed or red light, I think is a difficult thing to justify a high-speed chase," said O'Brien.

"Every year we see people killed," said DeWine. "And I'm not advocating or saying there should never be a police chase. That's not what I'm saying at all. But what I am saying is, these are life and death decisions. And it's time Ohio had a statewide standard."

After 10TV's Investigation, in March Franklin County Sheriff Dallas Baldwin "instructed his deputies that pursuits for solely minor violations were to discontinue."

Monday in a statement to 10TV, the Sheriff said he "has been in the process of reviewing and developing a complete updated policy, along with additional training and the creating of a pursuit review committee, since the beginning of the year. Once implemented, these will help in strengthening how we approach each situation where a pursuit may occur.

"Sheriff Baldwin is fully supportive of Governor DeWine’s efforts to create a new standard for vehicular pursuits. As this effort proceeds, the Sheriff’s Office will follow its progress and will implement any changes, if and when they occur."