All health orders in Ohio will be lifted on June 2, Gov. Mike DeWine announced in his statewide address Wednesday. 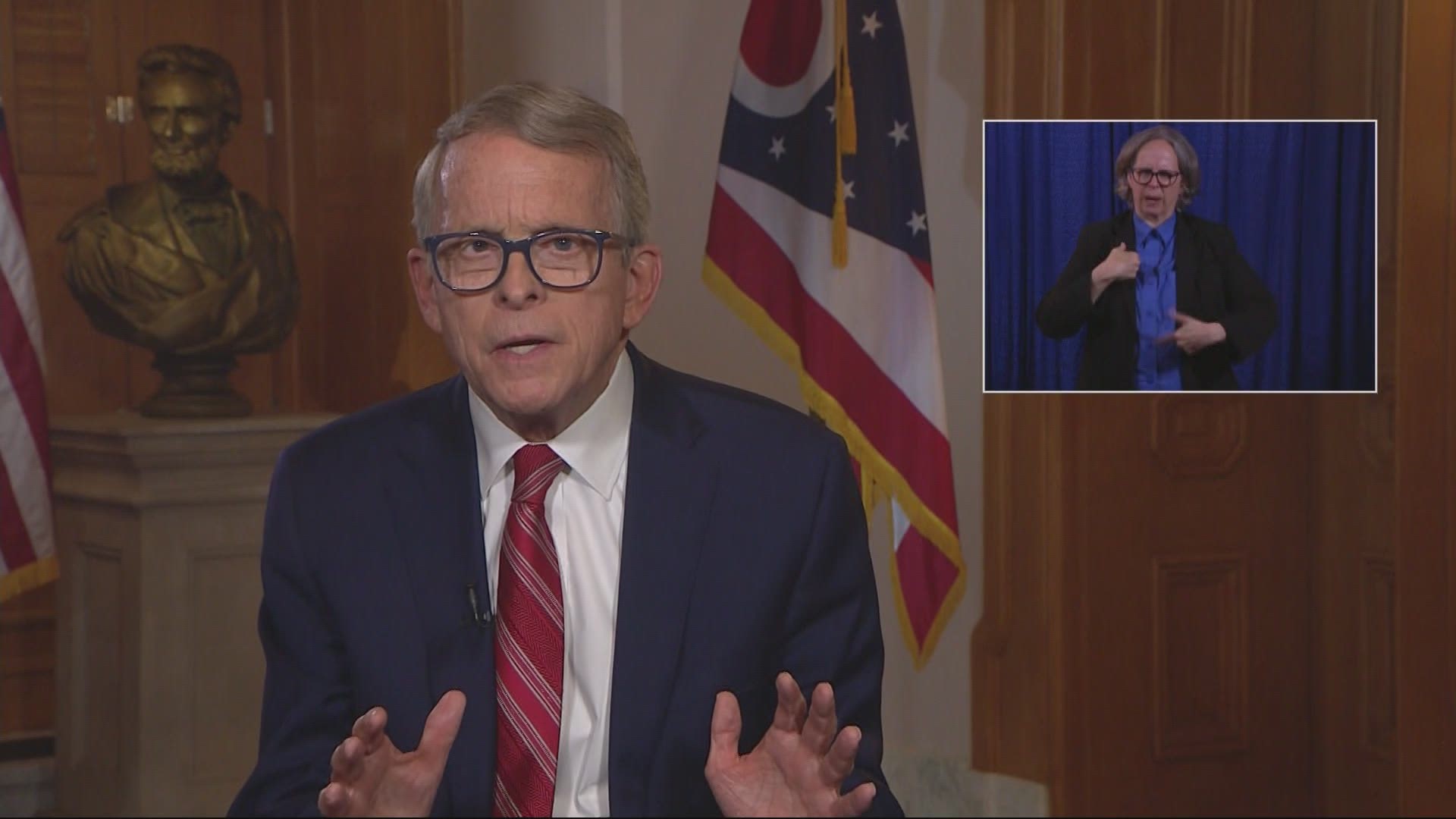 COLUMBUS, Ohio — All health orders in Ohio will be lifted on June 2, Gov. Mike DeWine announced in his statewide address Wednesday.

"It’s time to end the health orders. It’s been a year," DeWine said. "You’ve followed the protocols. You’ve done what we’ve asked. You’ve bravely fought this virus. And now, our cases are down, and we have a tested and proven weapon in the vaccine that all Ohioans 12 and over can utilize."

The announcement means, beginning June 2, Ohioans will no longer be required to wear facial coverings and follow social distancing guidelines. It also puts an end to capacity restrictions at indoor and outdoor events.

Safety guidelines will remain in effect for nursing homes and assisted living facilities, DeWine said, adding the outcome will depend on continued data from the state.

DeWine said the June 2 date will allow Ohioans an additional three weeks to get vaccinated. As an incentive to get the vaccine, DeWine also announced several statewide drawings, during which Ohioans 18 and older have the chance to win a prize of up to $1 million.

The announcement comes on the same day the CDC’s advisory committee approved a recommendation to administer the Pfizer vaccine on kids ages 12 and above. DeWine said the state’s health officials will begin vaccinating eligible children as soon as Thursday.

You can watch DeWine's full address below:

“A while ago, we set a goal, and we’re moving towards that goal,” said DeWine.

The seven-day rolling average of daily new cases in Ohio did not increase over the past two weeks, going from about 1,522 new cases per day on April 26 to 1,207 new cases per day on May 10, according to data collected by the Johns Hopkins University Center for Systems Science and Engineering.

More than 4.2 million people in Ohio had completed the vaccination process as of Tuesday, or about 36% of the population. But the number of people seeking vaccines has dropped in recent weeks, with an average of about 16,500 starting the process last week, down from figures above 80,000 in April.

RELATED: CDC accepts US advisers' endorsement of Pfizer COVID shot for kids 12 and up