The Franklin County Board Of Elections blames a coding error for the errant mailing. 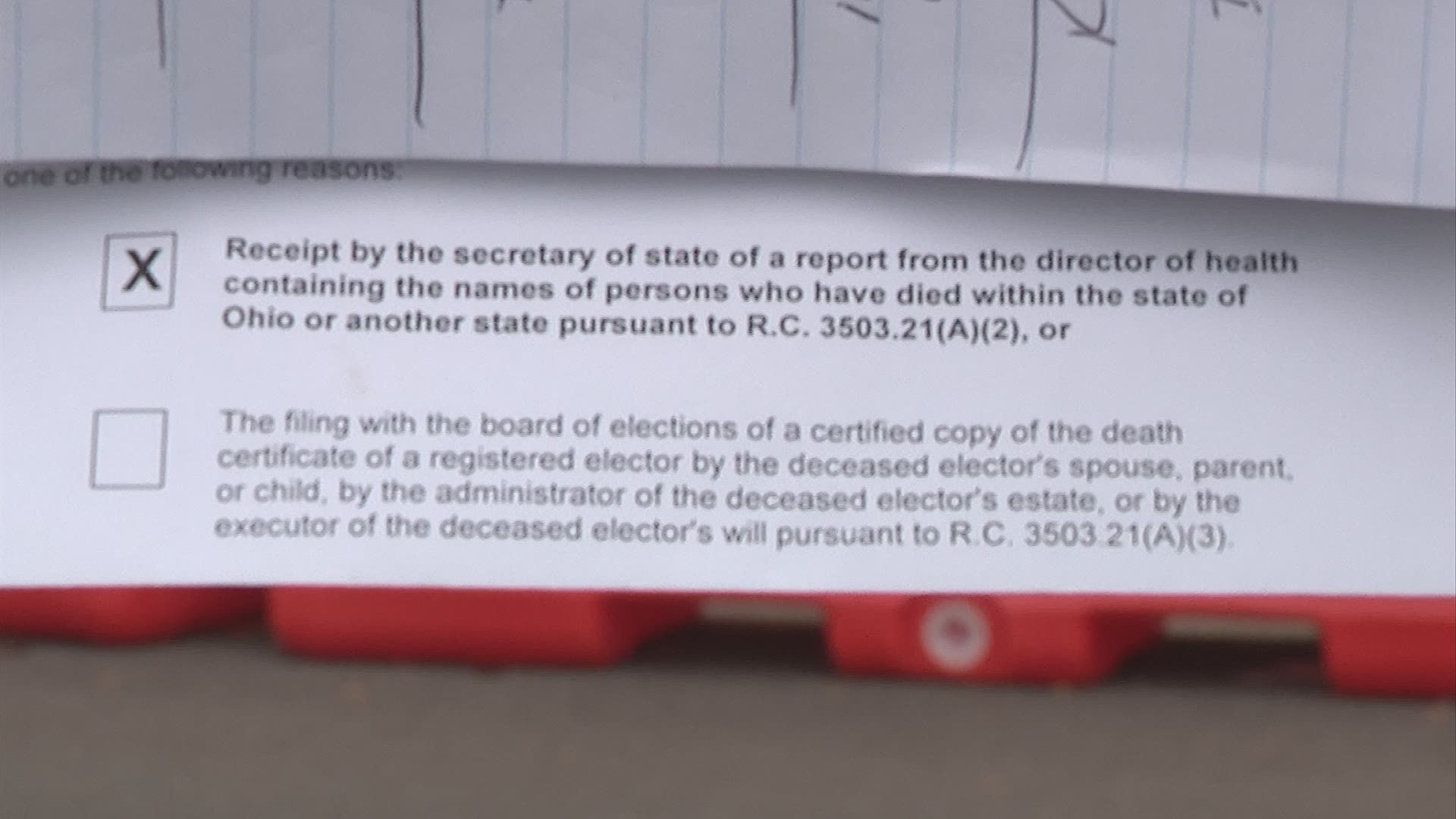 COLUMBUS, Ohio — Twenty-seven-year-old Kimberly Seccuro is very much alive, despite a letter telling her otherwise.

On Thursday, she went to her mailbox hoping to receive her new absentee ballot. Seccuro was one of nearly 50,000 Franklin County voters last week that received an incorrect ballot.

Instead, she found a letter from the Franklin County Board of Elections telling her that she can’t vote because records show she is deceased.

Thinking she thought she’d lost her right to cast her ballot, Seccuro called the Ohio Secretary of State’s Office to check their records to see if she showed up dead on their list. She didn't and was told to go cast her ballot at the Franklin County BOE.

“I came here as quickly as I could. I didn't have any issue trying to vote, thank God,” Seccuro said.

The Franklin County BOE blames a coding error for sending Seccuro the wrong letter.  This is the first they’ve heard of the issue occurring.