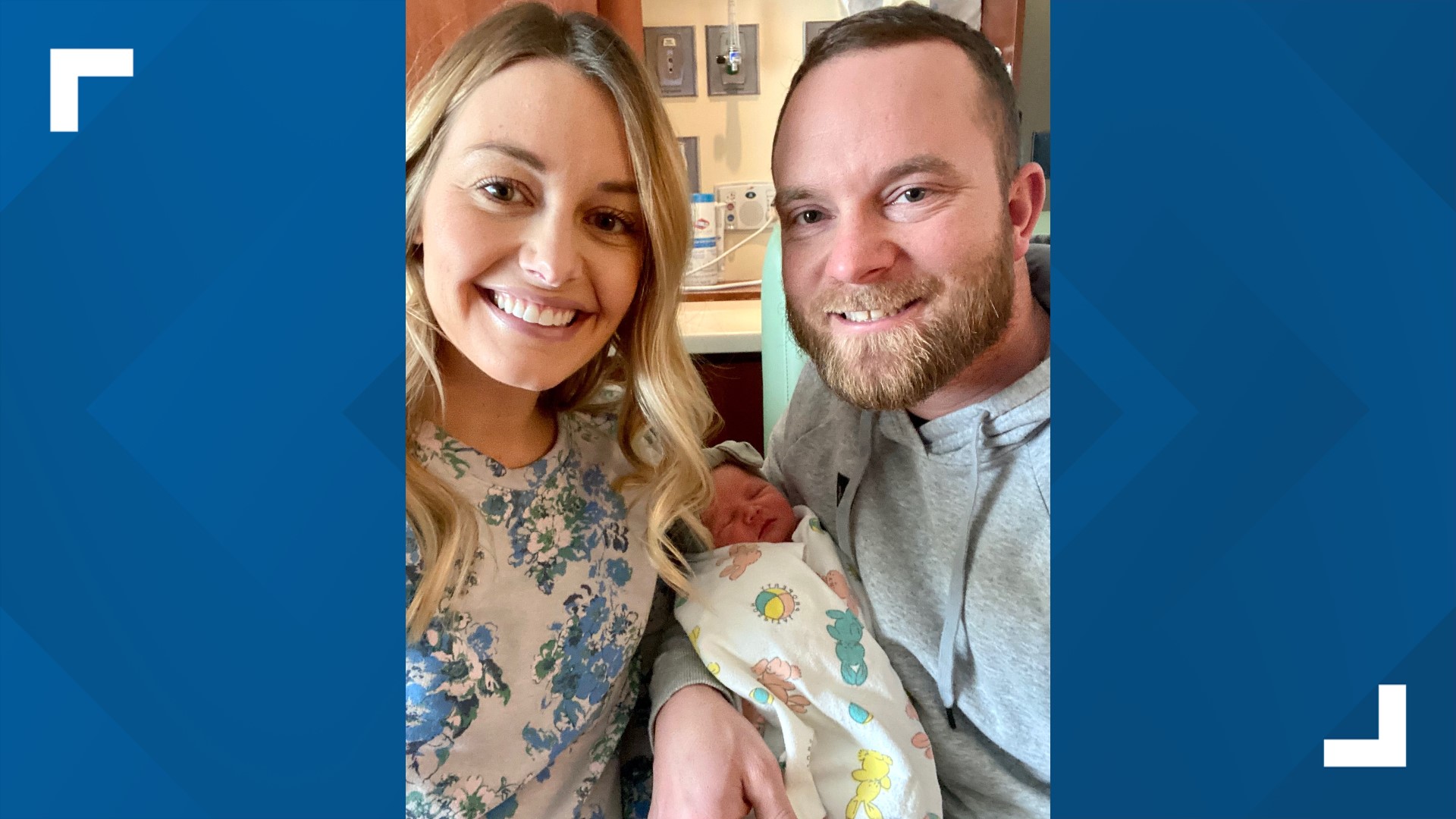 “We were just doing storm restoration and helping people out with their power,” Justin Crossman said.

Crossman’s duty as a lineman with AEP Ohio is to restore the light in the darkest of days. That’s what he was doing.

“It’s just to help out,” he said. “People are losing power left and right. It’s a good deed, something that I can give back and help out. It’s all about helping people out.”

He was part of a unit that, last week, headed south to West Virginia to help the state turn the power back on after a devastating winter storm. Back home in Kenton his wife Miranda who, try as she might, knew their baby girl was making an early appearance.

“We thought we had some time,” Justin said. “And, uh, she had different plans,” he said laughing.

“That night it just hit really fast,” Miranda said. “My contractions got closer together and I just knew that no matter how much I was trying to put it off, I need to make the phone call.”

The couple’s daughter’s due date was March 9.

The call of duty is admirable. The call of a wife in labor, though, trumps all.

Her dad was proudly there to greet her.

“It’s the best feeling in the world,” Justin said.