His fundraiser gathered far more than his goal of a few hundred dollars. 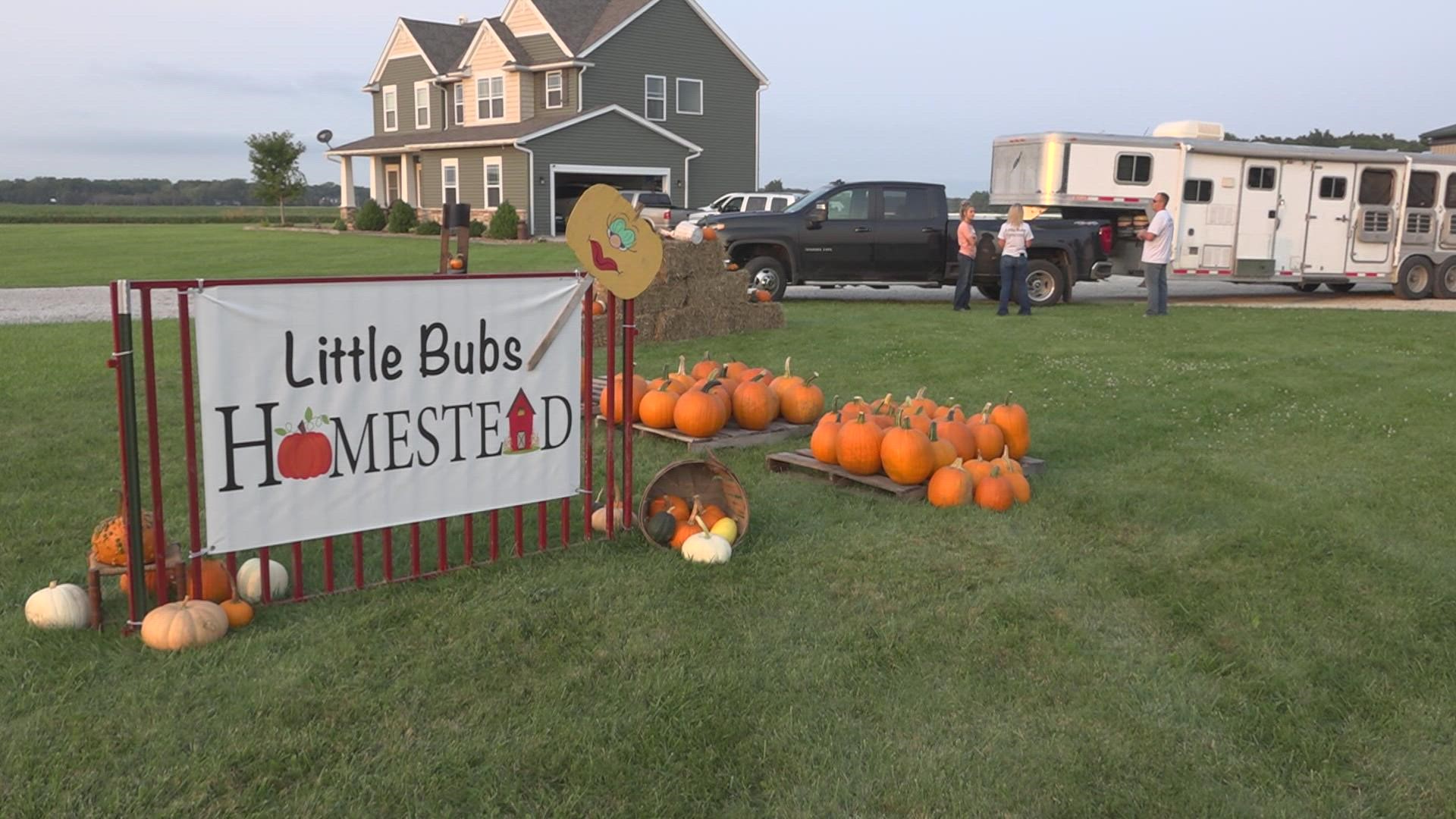 GRAYTOWN, Ohio — Braxtyn Hansen, a 9-year-old farmer, decided to give 100% of his harvest profit from Little Bub's Homestead to help his former teacher Kathy Spangler, who recently began her battle with brain cancer.

The Hansens' front lawn is where Little Bub's Homestead has been open for business the last two seasons. Last year, Braxtyn used his earnings to purchase cattle and donated some of the meat to a food pantry.

But this year, instead of keeping his profits, he decided to give it all away.

"You know, in a bad situation good things come out of it," Chris said. "Wish it wasn't this but the support we've had has been amazing."

Hansen's mother, Ashley Hansen, said her son is truly a giving soul who's wise beyond his years.

Braxtyn doesn't see this as anything more than helping out an awesome teacher. He helped her while doing what he loved.

The goal of Braxtyn's fundraiser was to earn a few hundred dollars. His parents proudly say he surpassed that by leaps and bounds, preferring to keep the final total private out of respect to the Spangler family.

While the amount was large, Braxtyn gave all of it away, and his reason was simple.

"She's a really good teacher in school," he said.

Kathy Spangler has been a second grade teacher with the Benton-Carroll-Salem district for the past 13 years. She said she's always taught her students that kindness is key.

She wasn't shocked that Braxtyn listened, just impressed with how well.

"Always looking out for everybody else," she said. "So, I mean this I guess, in a way didn't surprise me, but it did, you know because he is only 9."

The Spangler's learned of Kathy's diagnosis of stage four brain cancer last month. The couple noted that faith over fear is their mantra. Chris Spangler added that working through the emotions that come with such heavy news is challenging.

But in the era of adults pandemic stock-piling, panic buying, and thinking more self versus the community, this little boy gave all his money away and that means more than Braxtyn can imagine.

"You guys should be very proud, you have a great son," Chris Spangler said.

"There's a reason why God put us all together, and ultimately it started the very first day of school, with you," Ashley Hansen replied

"She's really nice," Braxtyn added. "Just feels like the right thing to do."

Although Braxtyn's fundraiser is over, those who would like to donate are encouraged to do so towards the national organization Head for the Cure. Mrs. Spangler explained that the organization helps raise awareness, funding and inspires hope for the community of brain cancer patients, families and friends.

The Spangler family will actually be competing in a Head for the Cure run in Detroit Sunday, September 19.