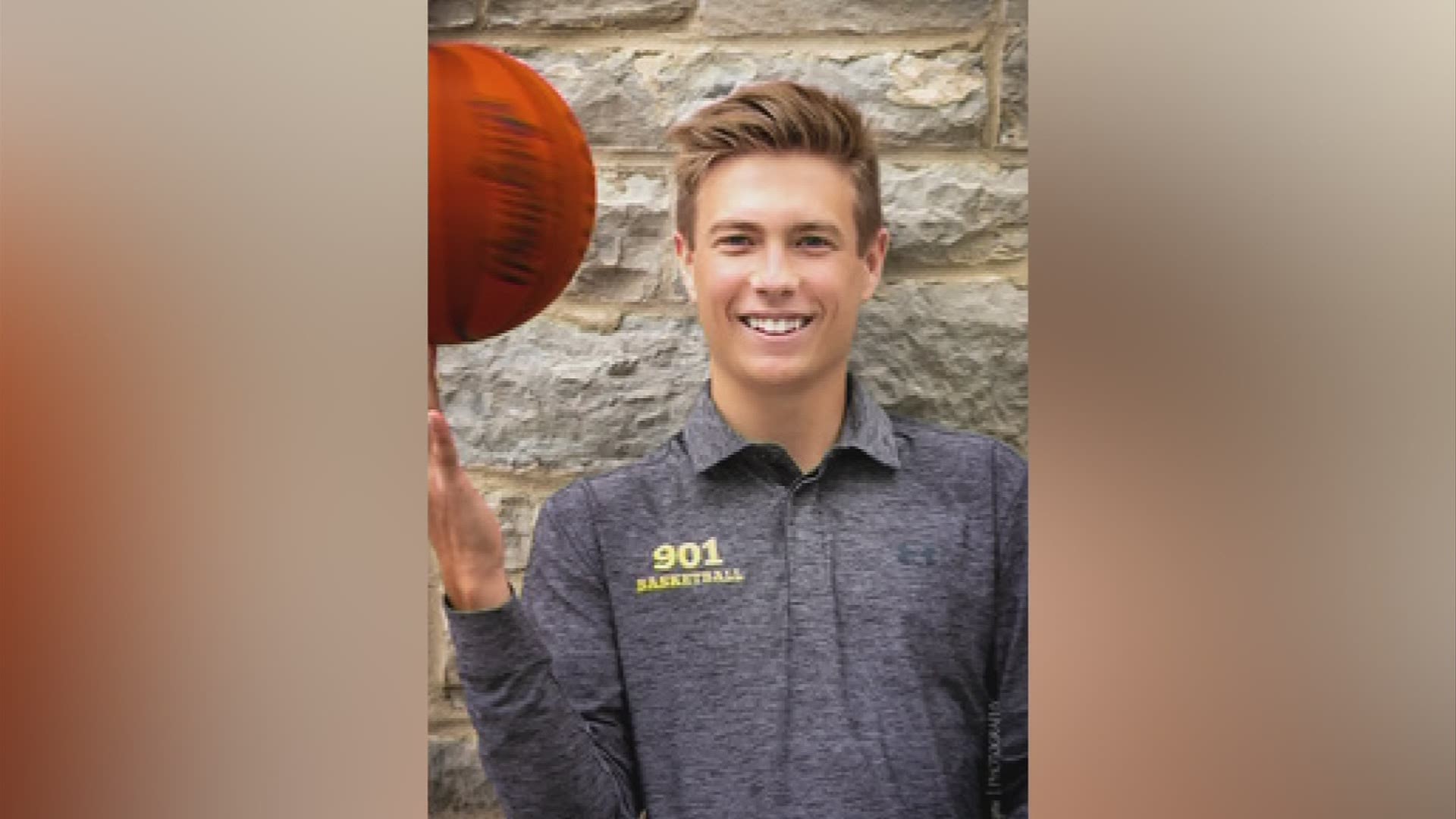 According to his family, Foltz's blood alcohol content was 0.394. A coroner ruled Foltz died of "fatal ethanol intoxication during hazing incident.” The manner of death was said to be an “accident – college fraternity induction ritual.”

The eight people indicted on Thursday include:

Henricksen, who is no longer a student, faces a third-degree felony involuntary manslaughter charge, along with charges of reckless homicide, tampering with evidence, hazing, failure to comply with underage alcohol laws.

Lehane, who was a former student at the time, faces charges of tampering with evidence, hazing, failure to comply with underage alcohol laws and obstructing official business.

Boyers faces hazing and failure to comply with underage alcohol laws. Wood County Prosecuting Attorney Paul Dobson said the misdemeanor charges against Boyers would be dismissed for the present time.

All eight are expected to appear in court on May 19.

10TV attempted to reach out to all of the young men charged.

“The entire situation is a tragic situation,” Long said. “I, my client, his family, everyone recognizes what is at stake here with respect to the family of the young man who passed away, and it is tragic. However, indicting people who have no criminal liability is not the solution to that problem.”

Long says his client plans to plead not guilty and that he believes, once the court process plays out, his client will be exonerated.

“As our investigation has unfolded, it has become very clear to us that his involvement does not warrant any sort of criminal charges or criminal liability, and again, we will use the court process to get to the bottom of that and to clear his name,” Long said.

On April 9, the university permanently expelled the Pi Kappa Alpha fraternity from campus.

The fraternity released the following statement:

The Pi Kappa Alpha International Fraternity continues to extend its full support and deepest sympathies to Stone Foltz’s family, friends, and all those affected by this senseless tragedy. The actions of any individuals found responsible are unacceptable and do not align with Pi Kappa Alpha’s values. The Fraternity’s standards are clear on the conduct expected of members and emphasize treating all people with dignity and respect. The Fraternity supports a full investigation and holding those accountable to the fullest extent of the law. The Pi Kappa Alpha International Fraternity has a zero-tolerance policy toward hazing, illegal activity, substance abuse, and bullying. Following

the tragic death of Stone Foltz, the Supreme Council of The Pi Kappa Alpha International Fraternity voted to suspend the charter of Delta Beta Chapter at Bowling Green State University (BGSU) and that its charter be revoked. The Council also voted to expel all current undergraduate members of the chapter. Any member of Pi Kappa Alpha should immediately and confidentially report any hazing or potential hazing or other harmful activity to the International Fraternity here.

We are grateful for all of the hard work conducted by local law enforcement and the Prosecutor's office, and we are confident they will make sure justice is served. However, today is just one step in the right direction. Swift action also needs to be taken by government officials and university presidents nationwide to abolish fraternity hazing. We are living every parent's worst nightmare and will not be at peace until fraternity hazing is seen for what it truly is — abuse. It's unacceptable, and in Stone's case, it was fatal. How many injuries and deaths will it take for people in positions of power to do the right thing? We demand zero tolerance. Anything less will result in additional innocent lives lost and parents like us pleading for change.

Wood County Prosecutor Paul Dobson today announced felony and misdemeanor charges, related to a Pi Kappa Alpha hazing incident, against 8 individuals. Bowling Green State University is appreciative of the hard work and diligence done by the prosecutor and a grand jury to seek justice and hold those accountable in the tragic death of student Stone Foltz. At this time, the University refers all questions regarding the law enforcement investigation and criminal cases to the Wood County Prosecutor and Bowling Green Police.