The veteran was also sent nearly-4,000 birthday cards from people all across the U.S. and the United Kingdom 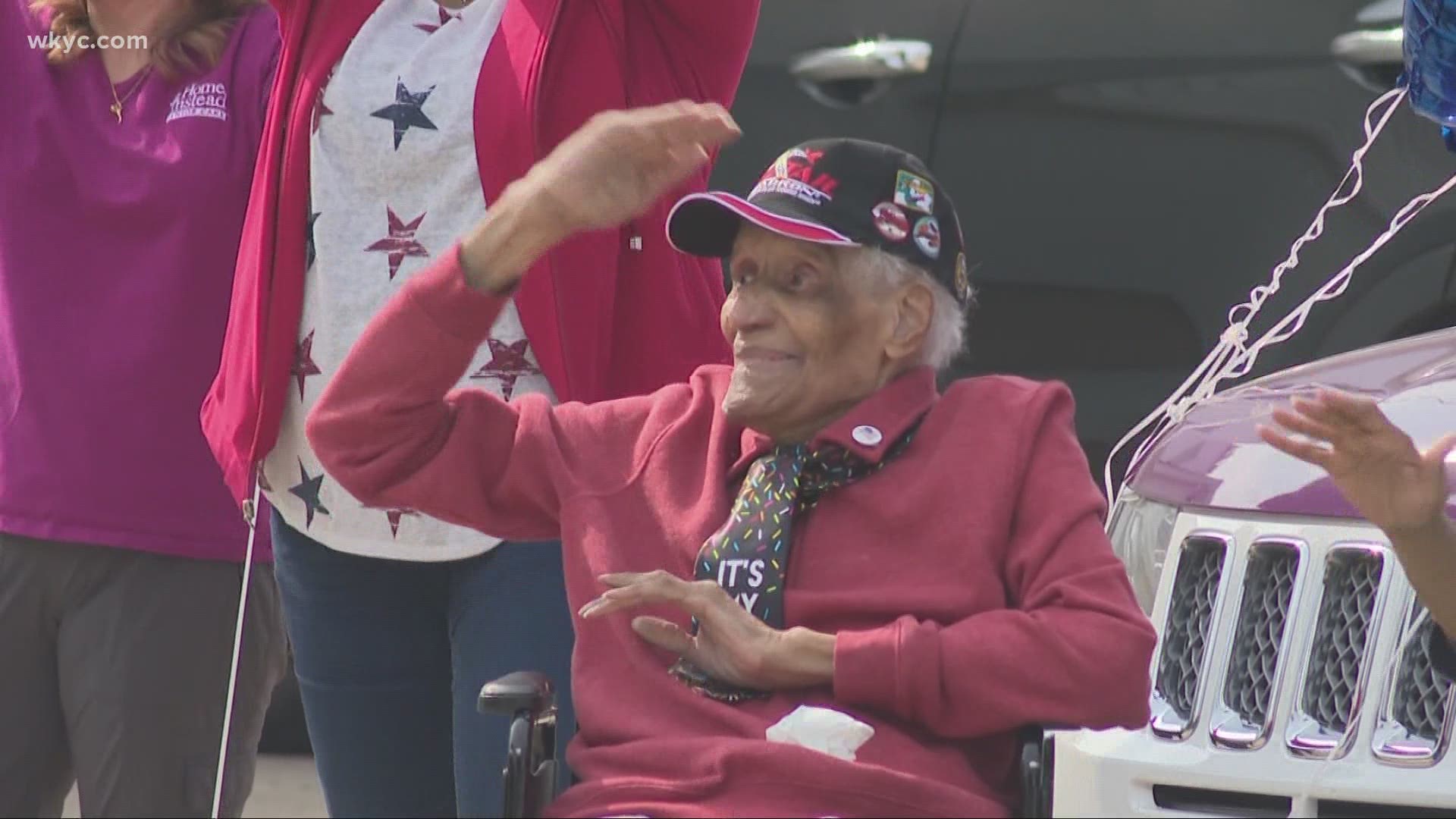 AURORA, Ohio — There are a lot of things Asa Newman will remember in his life, but his most recent birthday celebration will definitely be at the top of the list.

Newman, a World War II Tuskegee Airman crew member, celebrated his 102nd birthday in an unconventional way, with a parade of family and friends driving by his Aurora home early on Thursday morning.

Lines of fire trucks, police cars, military, and friends and family in their cars drove by the veteran's house to help him celebrate, while he happily saluted every vehicle that passed with a smile on his face.

The parade was an unexpected and welcomed surprise from the veteran's original birthday wish.

The senior-citizen only had one request for his milestone birthday, simply asking that friends and family send 102 birthday cards to him this year to celebrate the occasion.

The goal was seemingly large at first but was drastically surpassed as Newman received almost 4,000 birthday cards. The cards came from all across the United States, and even the United Kingdom.

The birthday celebration was a success and Newman loved every minute of it.