Police said their officer responded to a report of a person who may try to harm himself and may have had a weapon. 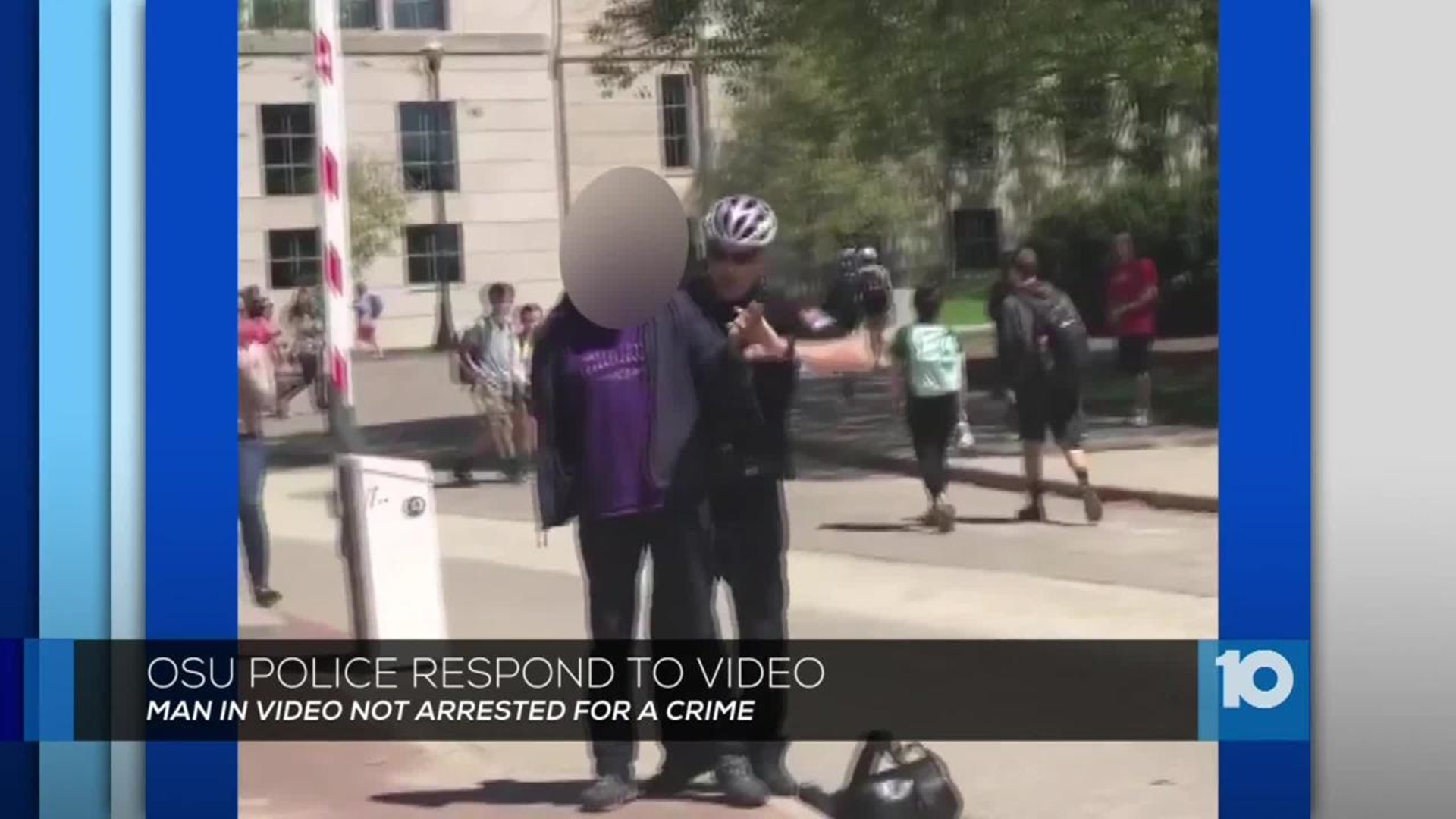 Ohio State University police have responded to a video that shows an officer taking a man into custody on campus Monday.

The video was posted to Twitter then retweeted more than a thousand times.

“I think it’s perfectly appropriate for people to question the activities of their police force, they should,” Ohio State Director of Public Safety Monica Moll said. “It makes it difficult when they’re not questioning and waiting for answers but more so assuming based on short clips.”

Moll explains this was not an arrest. A co-worker of the man called police, saying he was threatening to kill himself and had tried to buy a gun.

Officers had to operate on the assumption he may have one in his backpack or on him. Moll explained the video to 10TV.

“He’s trying to take control of the bag, tell him what he’s going to do. “The individual provided some resistance, stiffened up and pulled his hands in front of him,” said Moll. “I’m sure the officer at that point is concerned about controlling his hands in case he has the weapon on him.”

The officer takes the man to the ground. Moll explains that's what they're trained to do.

“It’s a lot easier when you have a combative subject to gain control of them when they’re on the ground,” Moll said.

The man is asking why he’s being arrested. Moll said officers are not required to explain why someone is being taken into custody.

“When someone is an imminent threat of harm to themselves or someone else, you can take them into custody to get them to treatment,” Moll said.

Moll points out the officer is talking to the man but wouldn't share that with others.

“Typically, they’re probably not going to explain to a crowd of people around what’s going but they’ll make sure the person they’re dealing with knows what’s going on,” Moll said.

The man was taken to the hospital to be evaluated. Officers did not find a weapon on him.

You can read the full statement from Ohio State police below.

Earlier today, The Ohio State University Police Division responded to an urgent report that a person may intend to harm himself and may have a weapon. Officers quickly located the individual. Based on their observations at the scene, they took action deemed necessary to protect the safety of all. The individual was not arrested and no injuries have been reported. He was transported to the hospital for a well-being check, which is standard protocol when police believe an individual may harm themselves. Ohio State Police will thoroughly review this incident, as we do all such cases. The safety and security of the campus community is our number one priority.