A program at Ohio State University has helped expecting mothers since the 1990s to prepare for a better future for themselves and their babies. 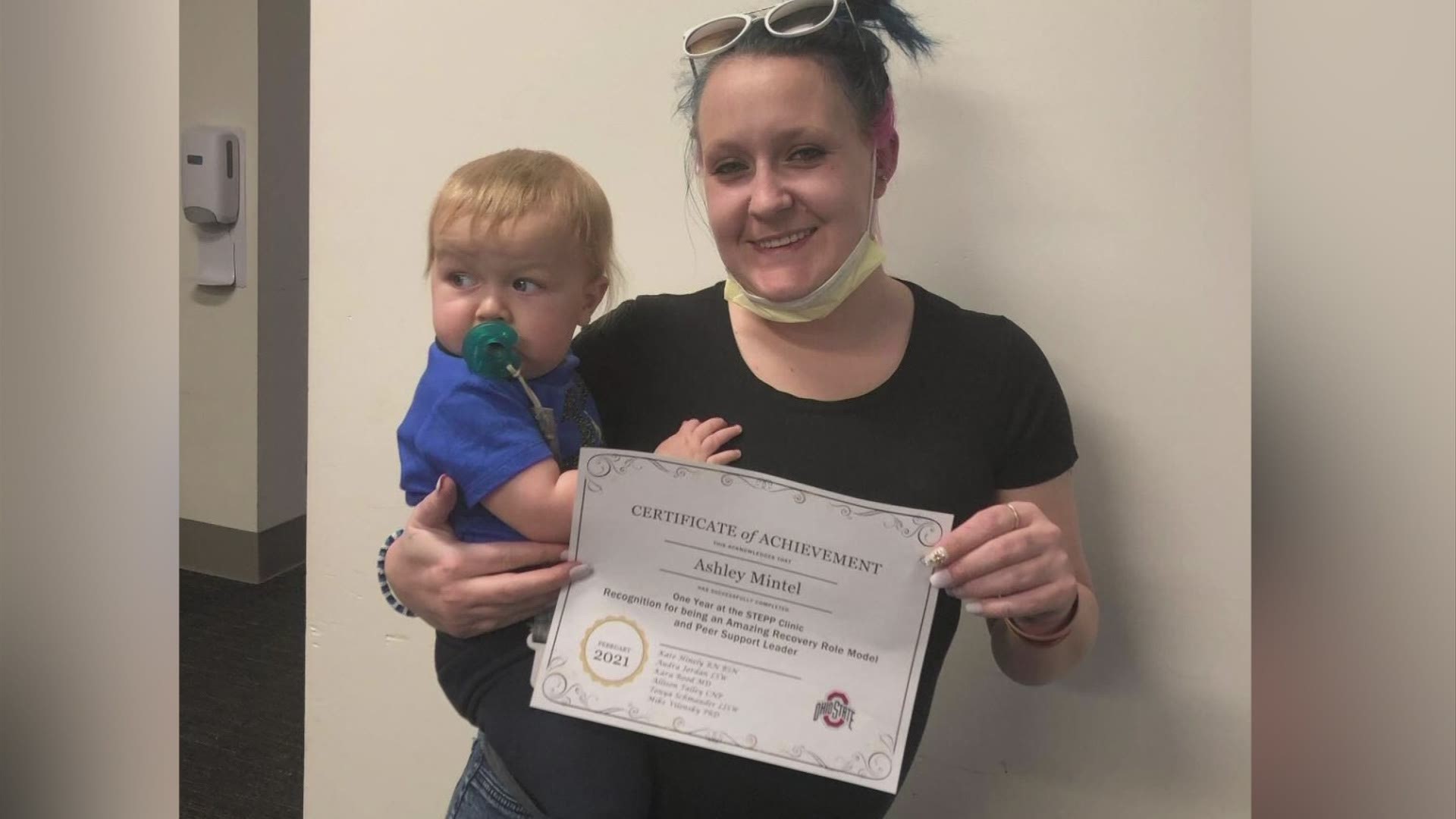 COLUMBUS, Ohio — Ashley Mintel attributes her success in recovering from drug addiction to Ohio State University's Substance Abuse Treatment Education Prevention Program. The mother of four said she was to continue to do her part in helping others heal and get their lives back.

“I just want the girls to know there is hope and it is possible,” Mintel said.

Mintel, 30, said her struggles with drinking and taking pills started at 18. After her second son was born, she started to use heroin.

“At first I was smoking it and saying I was never going to use a needle or any of that, and it escalated to that,” she said.

Mintel used heroin for seven years. In August of 2019, she was arrested and spent five months in jail. This was a hidden blessing, she said, because it kept her clean.

It was an important step for her and her third child who was growing inside her at the time. After she was released, Mintel went to a women’s program at Maryhaven. It was there she found her turnaround.

“If they want help, people can get help and that’s what I realized with myself is that I was just tired,” she said. “I mean, getting high was not enjoyable. It was not fun. I was miserable.”

With the birth of her third son, Jeremiah, Mintel enrolled in OSU’s STEPP. That’s where she met Kate Hinley, the nurse who runs the STEPP program.

STEPP started in the late 90s and was aimed to help addicted, expecting mothers. First, the drug of choice that was treated was crack cocaine. In the 2000s it became opiates. The program, Hinley said, is to help give mothers another chance.

“There are so many women out there who need help,” Hinley said. “All of them are capable of being good mothers despite all the things that have happened to them in their life."

Since 2013, more than 1,000 moms have taken part in STEPP counseling, therapy and education. It has helped break the stigma and shows that addicts are capable of change.

“There is no more stigmatized person in the world than a pregnant woman struggling with addiction,” Hinley said.

Mintel has custody of Jeremiah, who is now 14 months old. Her oldest son, Gage, lives with his father. Her middle son, Ryder, was adopted. However, Mintel said she gets to see him and is a part of his life.

“That right there is enough for me to just not ever give up,” Mintel said. “Having them back, I never thought that would happen.”

Grateful is an understatement for where Mintel is. She said she is thankful for a second chance.

Mintel graduated from the STEPP program and is now involved in the program as a peer supporter. She said she is also thankful for those, like Hinley, who will never know how they helped make those second chances possible.

“I don’t think she realizes how much of an impact she has had on my life,” Mintel said of Hinley.

Mintel is still a part of the STEPP program. She hopes to continue to pursue a career in helping others by obtaining her peer support certification.