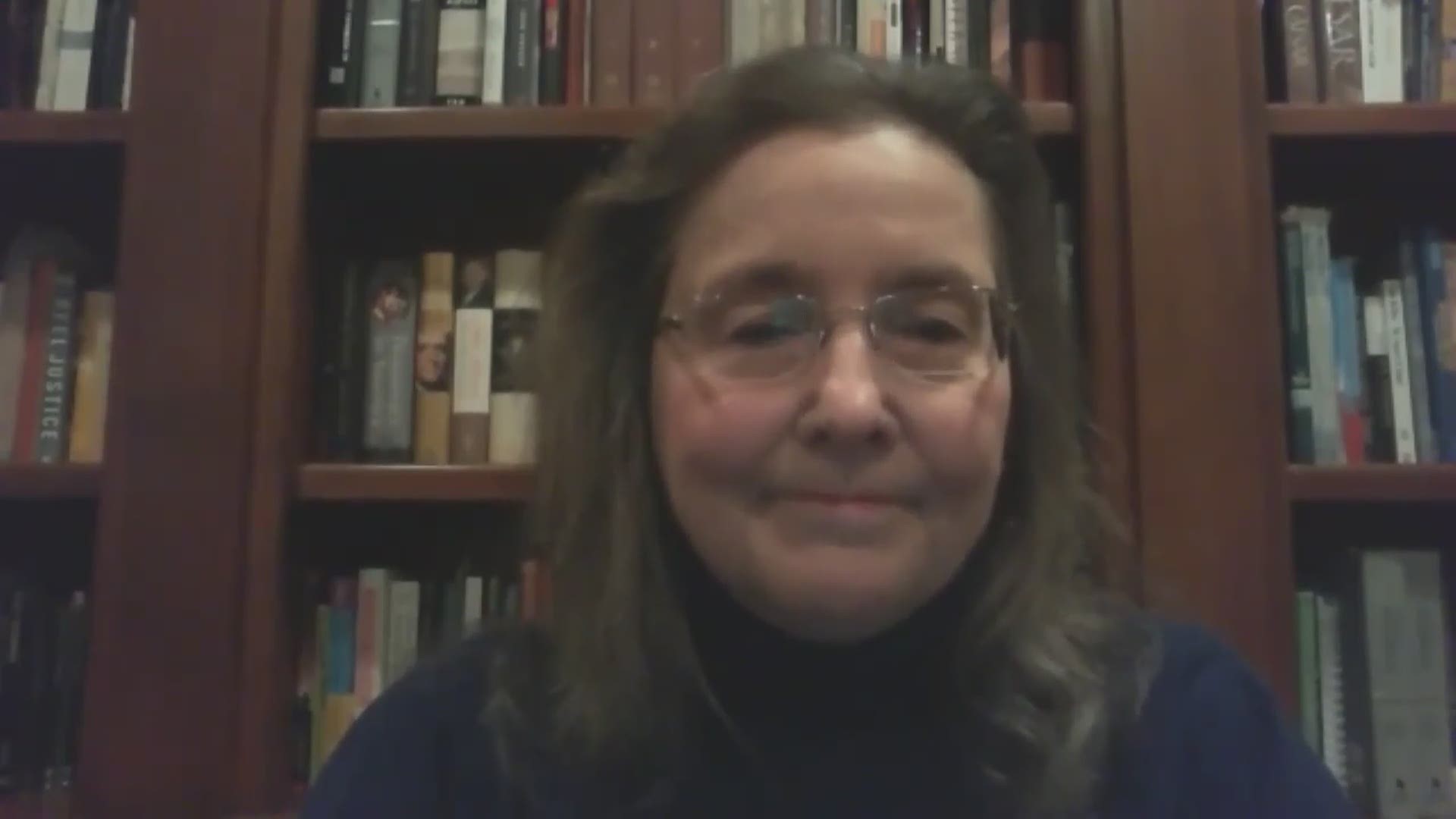 COLUMBUS, Ohio — Deborah Merritt describes the late Justice Ruth Bader Ginsburg as a woman who was serious about the law but who also loved beautiful clothing and the occasional bouts of giggles.

“I was so sad for her family, for our country,” said Merritt, a distinguished university professor at The Ohio State University’s Moritz College of Law, upon learning of Ginsburg’s death. “I was really flooded with memories. It’s hard to believe that I had known her for more than 40 years, going back to when I was a law student. There were just so many memories that came to mind.”

Merritt first met the late justice when she was in Ginsburg’s constitutional law class at Columbia University. She graduated at the same time Ginsburg was appointed as a judge to the D.C. Circuit, and Ginsburg asked her to clerk for her, which she did. Merritt said the two learned the ropes together, she as a new clerk, Ginsburg as a new judge.

“She’s certainly somebody who is serious and very serious about the law,” Merritt said of Ginsburg. “It’s extraordinary how long she can talk about a single federal regulation or statute or favorite constitutional provision. I’ve been at cocktail parties with her where she will get totally engrossed in discussing some provision of law.”

The two started a friendship then that would last 40 years. During that time, the two spent time at parties together, went horseback riding – Ginsburg English style – and even bumped into each other at a resort dress shop.

“She was looking at some clothing, and she asked me for my opinion on a particular piece, and I told her it was beautiful, and she said, well, it’s expensive,” Merritt recalled. “And I said, yeah, but you might regret later that you don’t have it. And later at dinner her husband said, I understand I owe you a debt of ingratitude.”

Ginsburg even later attended Merritt’s wedding. And the two exchanged notes throughout the years, most recently this past summer.

“It was clear from her note that, both that she was upbeat but also that clearly the cancer was playing a role in her life,” Merritt said. “She mentioned in the note how happy she was that her family members were taking turns staying with her.”

As for Ginsburg’s legacy, Merritt feels that has yet to be determined.

“It’s going to take us time really to digest her legal contributions because the Supreme Court decides cases in so many areas,” she said. “It’s hard to even get a grasp on all that she’s done. Once we have time to go back and look at her opinions on tax and copyright and the 4th Amendment and everything else that the Supreme Court handles, I think we’ll have a sense of what a terribly great loss we’ve suffered.”