Dr. Kristina Johnson started at Ohio State on Sept. 1 after serving as the head of the State University of New York system since 2017. 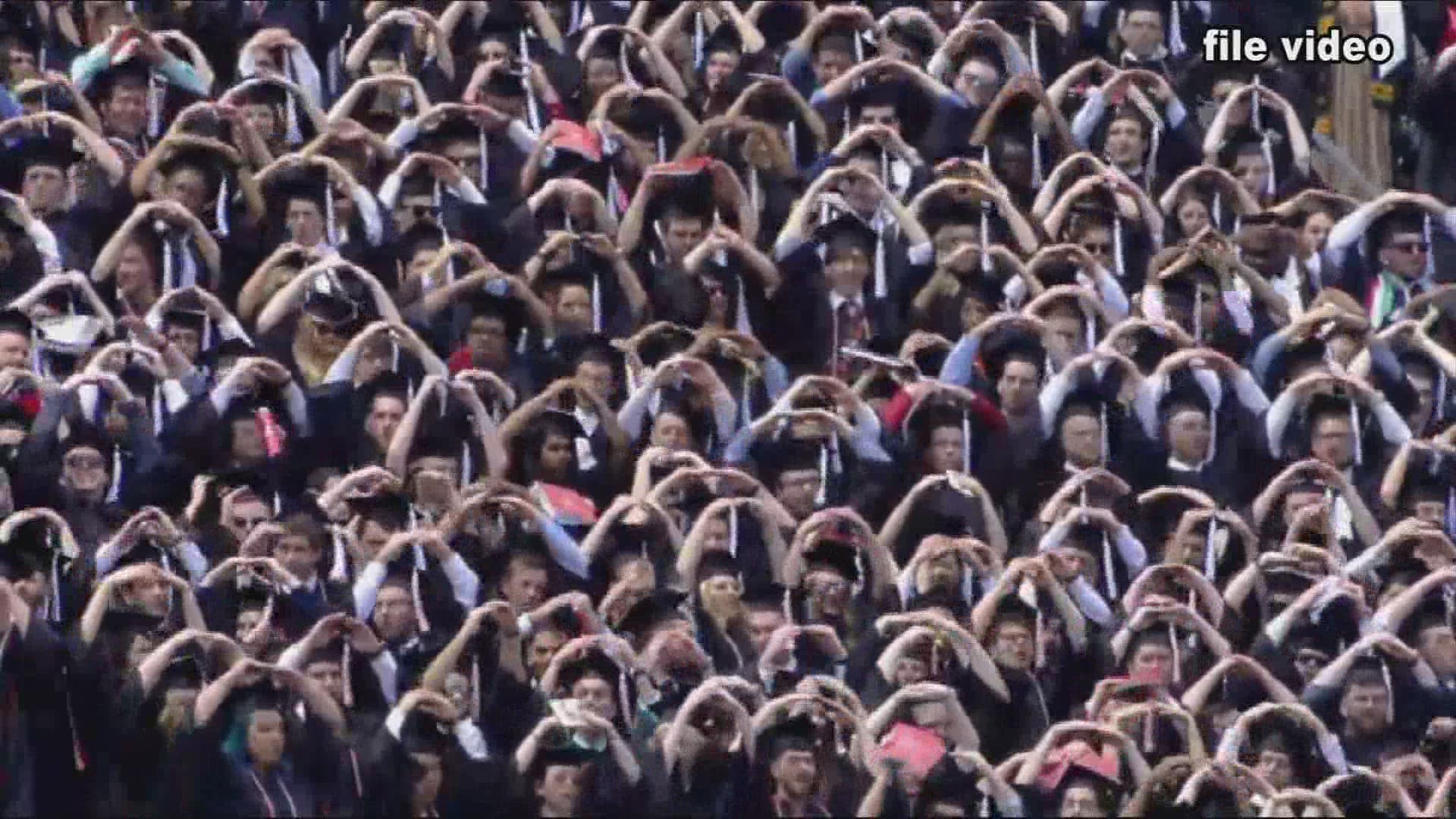 COLUMBUS, Ohio — Dr. Kristina Johnson gave her first State of the University address as President of Ohio State on Thursday with a commitment to help eliminate college debt.

This is something that college students can agree on.

“I would really like to leave college debt-free,” said one student. Another saying, “regardless of money, education should be available to everyone.”

Dr. Johnson said OSU will be the first university to offer what she calls a “zero debt bachelor’s” degree.

One student told 10TV, it’s reassuring to hear school leaders are hearing the voices of the students.

Dr. Johnson said on average Buckeyes graduating have $27,000 of debt. Four-year students have an achievement gap of 11% below the school’s average.

Dr. Johnson said the money that students would use to pay back the debt, could be used for other important things in their future.

One student saying this could make those dreams a reality for him.

“I’ve seen my parents struggle with debt in the past and I’m taking in student loans right now, but, I’m behind the president all the way.”

Dr. Johnson did not say how much she plans to make this happen right now.

She said they haven’t forgotten about graduate and professional students. They’ve increased the minimum stipend to $4,000.