According to the Department of Agriculture, 11% of Americans at one point during 2018 considered themselves food insecure; unable to provide the food they need to sustain themselves. 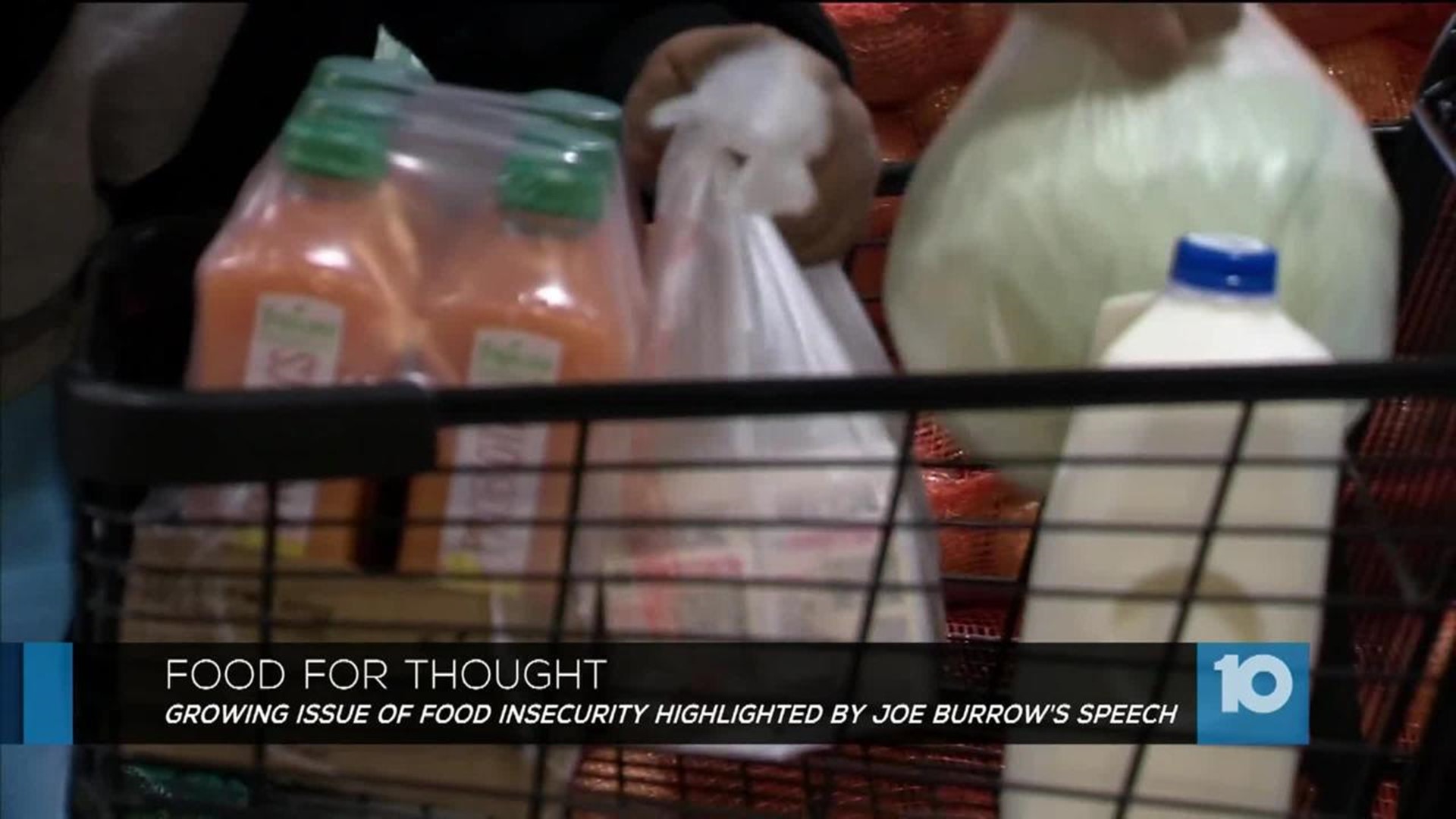 More than 3.5 million Ohioans live at or below 200% of the poverty level.

This creates what's called food insecurity and Ohio State and others are looking to solve it.

The rate of food insecurity, or a lack of regular access to the amount of food a person needs to sustain him or herself, ranks higher in Ohio than the national average.

"It's a real challenge we know that food and nutrition are an integral part of health and well-being," Dr. Hal Paz said.

Dr. Paz is the CEO of The Ohio State University Wexner Medical Center and executive vice president and chancellor for Health Affairs at Ohio State. He wrote about food insecurity in an op-ed piece for CNN.

Ohio State teamed with the Mid-Ohio Food Bank to help combat the problem by allowing more people access to food and to help educate people about the importance of making healthy food choices.

"If they don't have access to fresh fruit and vegetables or their diet doesn't allow them access to a supermarket that will allow them to purchase produce for example and instead doing their shopping at a mini-mart attached to a gas station they are going to end up with a diet full of sodium, and fats and things that are not going to contribute to their overall health," Dr. Paz said.

Which leads us to what's called the Mid-Ohio Farmacy. Doctors can write a food prescription that allows people to use these cards to buy fresh produce.

Using the card allows doctors to track if people use them. It doesn't stop there.

"At MLK library in east Columbus we are working on a food education center," Dr. Paz said.

It's a platform health expert say they're glad is getting much-needed attention.

"To get up there and speak about this issue I think it brought a lot of attention to a very, very important topic," Dr. Paz said.

"Food insecure Ohioans say they fall short $15.50 per person each when it comes to their food budget.

Ohio counties with greatest food insecurity, according to Ohio Association of Food Banks:

Experts say food insecurity goes beyond educating people to eat fresh foods. It requires people to have transportation to get access to food or people to live in communities that have a grocery store and the finances to buy the food.