The Big Ten Conference changed course Wednesday and said it plans to open its football season the weekend of Oct. 23-24. 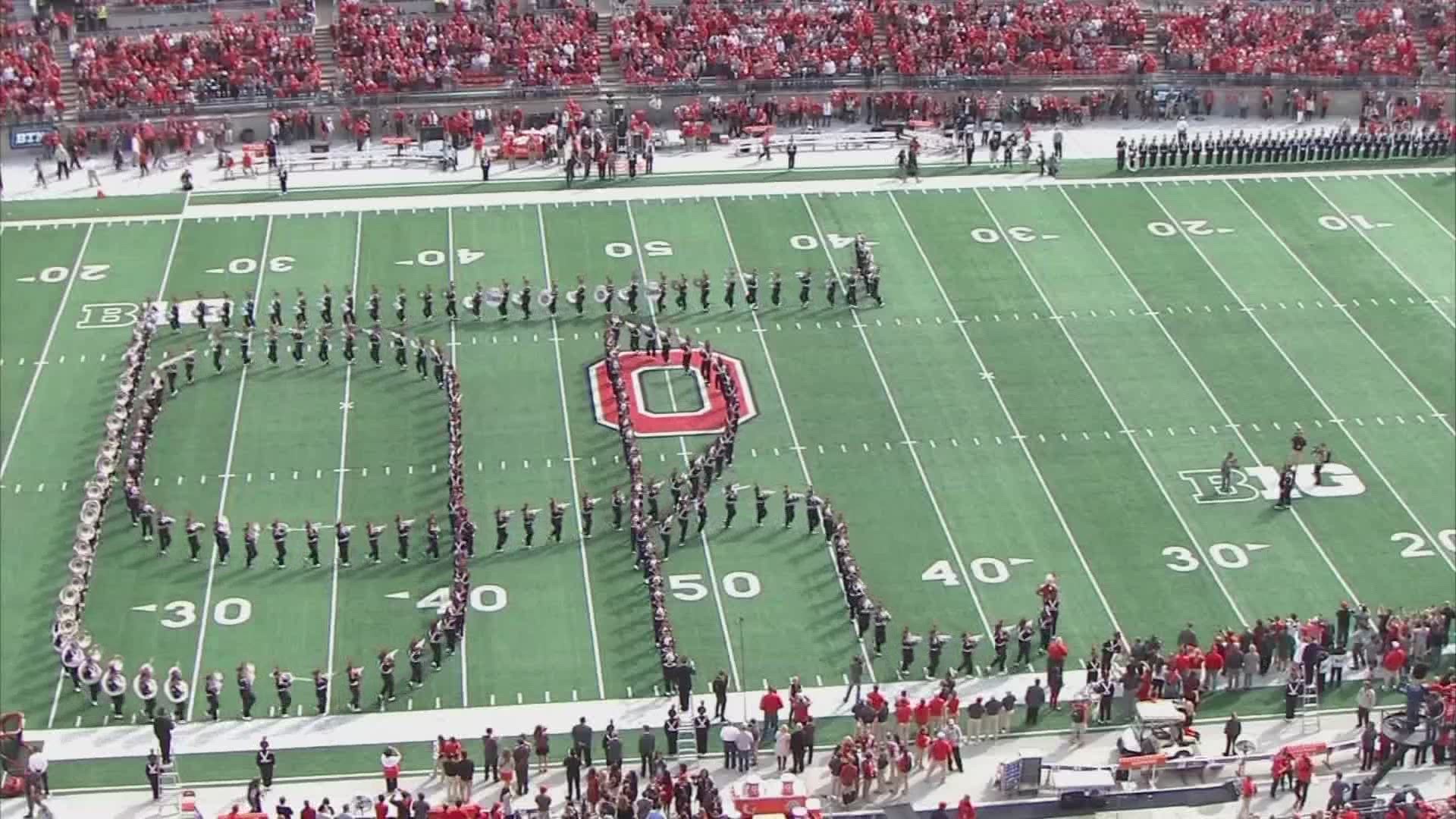 COLUMBUS, Ohio — We know Ohio State football players will be able to take the field this fall, but will the band?

The Big Ten Conference changed course Wednesday and said it plans to open its football season the weekend of Oct. 23-24.

"There's not a lot of information right now. We will be communicating with the athletic department over the next several days, I would imagine, and determine what our role will be," said Dr. Christopher Hoch, OSU Director of Marching & Athletic Bands. "We're hoping to be involved in some way. Of course, we will be there to support the team in any way that we possibly can."

The Best Damn Band in the Land continues to work hard practicing. However, COVID-19 has changed the way they do it. There are 225 members of the band. Right now, they can only rehearse 50 at a time.

"Everything has changed," said fifth-year student, Parker Stephens. "Normally, we would have five days a week all of us together ... having that limited number is definitely challenging, especially with the new members."

The students rotate through different aspects of the rehearsal process in their small groups. They all wear masks. We're told they are in the process of being fitted for special musician masks and covers for their instruments.

Hoch said Script Ohio is a challenge with social distancing. They are trying to figure out how to do it.

"In order to do the script as it's been done before, basically it's twice the spacing of what we normally do in Script Ohio. The script either has to be twice as big, which is a little impractical or half as many students," he said.

We're told seven sousaphone players planned to dot the "i" this year.

"Every single of them will have the opportunity to dot the i should they be able to return to the band in 2021. We'll make sure they have that opportunity," Hoch said. "As far as this year is concerned, we will just see what happens. My heart goes out to those guys. They've put in a lot of work over four years and this being their year, we're going to try to make it special for them as best we can."

10TV learned the band will not perform at away games and there will be no skull sessions. Despite the changes, Hoch said he's been impressed by how the students have handled this year.

"They're doing a great job, they're working hard. They are doing everything we would expect of them," Hoch said. "They are invested in this program just as the staff is, just as Buckeye Nation is. They want to make the best of it just as the rest of us."