Emily Curtiss began “adapting” toys in college when she helped with a program Ohio State and Nationwide work together on called “Toys for All Tots.” 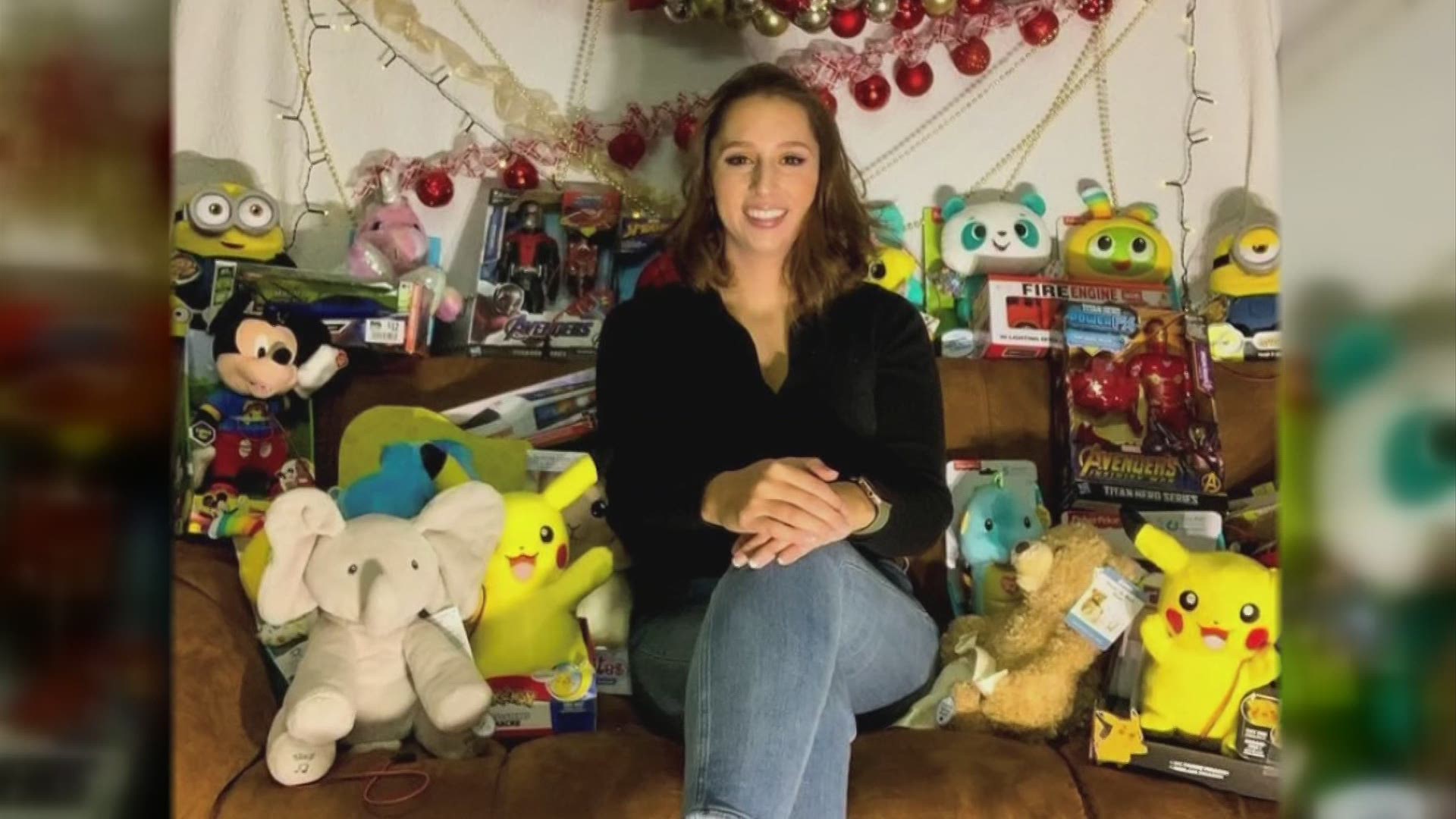 Some children receiving help from medical professionals at Nationwide Children’s Hospital are getting new toys catered to them with the help of an Ohio State University engineering graduate.

Emily Curtiss began “adapting” toys in college when she helped with a program Ohio State and Nationwide work together on called “Toys for All Tots.” The program aims to reformat toys that have buttons and switches so children with special and specific needs can use them.

“There are a lot of kids in our care at Nationwide Children’s that that can’t access or play with toys in the way that typical children can,” said Program Manager of Clinical Therapies at Nationwide Lindsey Pauline.

Pauline said the adaptive toys allow children to play with toys they otherwise might not have been able to play with. Her teams often have families bring the toys with them for a child’s therapy.

“I had the resources, I had the tools, I have the funds to go buy toys and I was like, ‘You know what this is something that I really enjoy doing and there’s no reason for me not to do it this year. If I an put a smile on a child’s face this holiday season, that’s what it’s all about,’” Curtiss said.

Curtiss filmed herself live on Instagram for 15 days and left the videos on her public account so parents and others could watch her “break”, adjust them and then put then back together.

“It’s not like my followers would need to adapt a toy, but maybe they know someone who could use the adapt a toy idea and pass along the information,” Curtiss said.

She adapted 24 toys which she donated to Nationwide on December 16 for the “Toys for All Tots” program. The toy drive takes place every year.

If you would like to reach out to Emily Curtiss to learn how to adapt toys for children you can email her at curtissemily.38@gmail.com.