Some believed protocols were enforced while others say they weren't enforced enough. 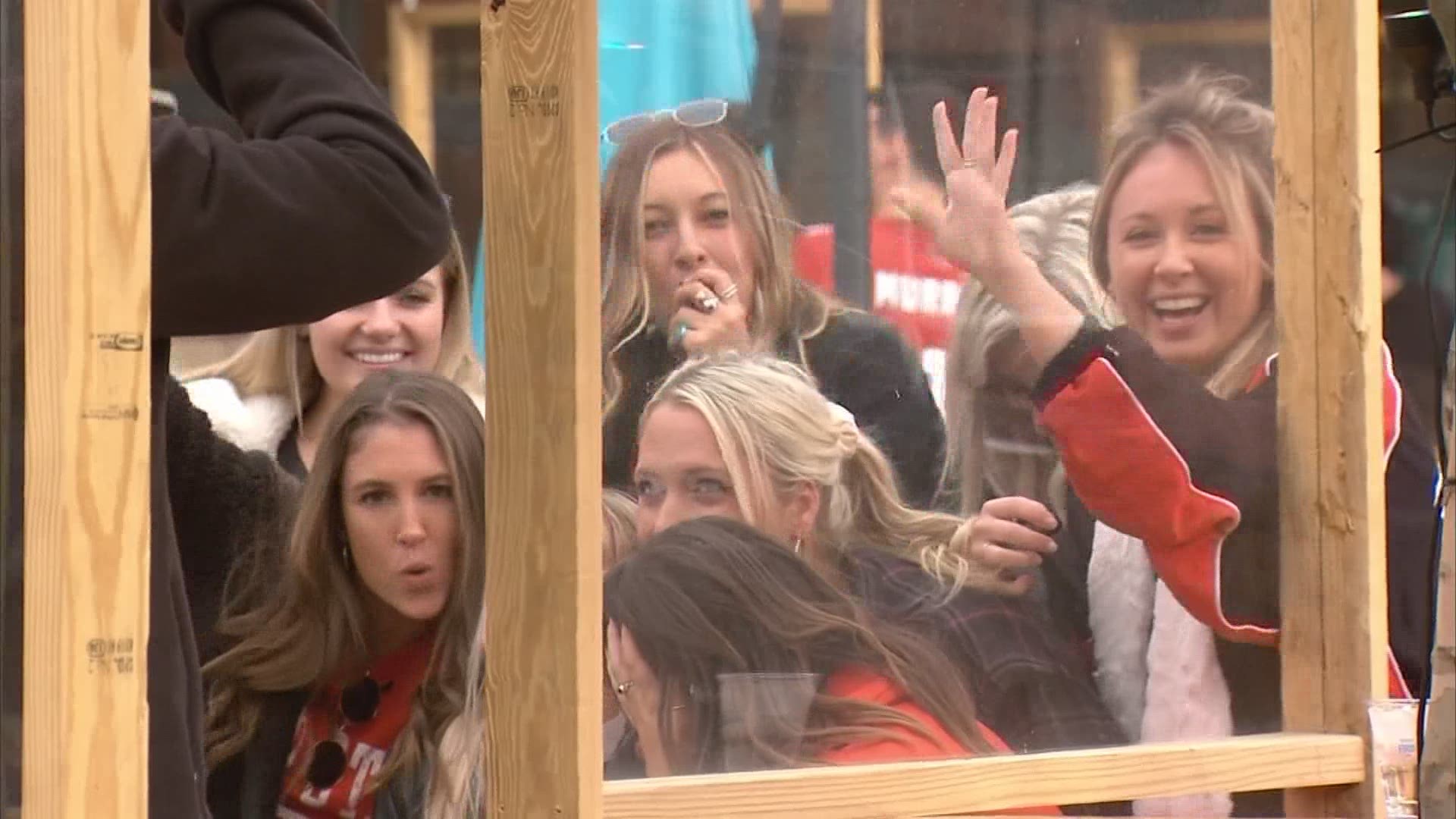 COLUMBUS, Ohio — Many opinions floating around today, many people sharing them loud and clear in the Short North.

We spoke with several restaurant and bar-goers about how they think the crowds were during the Ohio State Buckeye's first game of the season against Nebraska today.

“I’m not really digging it, to be honest,” Bailey said.

Malik Bailey is just one of many OSU fans who were out and about. He said when it comes to wearing masks, it makes it a bit difficult.

“It’s just, you know, you can’t really be social or hear what people are saying,” Bailey said.

People told us they understand why these rules are in place but wish it didn’t have to be like this. However, that didn’t stop families from enjoying the day.

We spoke with one mother of four who took her kids out to get dinner.

“Everything seems to be packed, but everyone’s got their masks on, people are checking people at the door and doing temperature checks, it seems pretty safe,” Brandi Upton said.

Inside the restaurants and bars, we were told employees were being strict.

“They’ll get on you, they’ll be like no mask on, mask on,” Dee Rodriguez.

We’re told places have plexiglass between each person and had assigned seating.

People told us as the day went on, they noticed guests became more relaxed.

“You get a couple of drinks in you, you start getting loose and take your mask off,” Bailey said.

Then there are videos that spread quickly on social media, that we are told were taken near campus.

Tori Coan is the one who took a few of the videos and said she walked down a couple of streets near campus around 10 a.m.

“It’s frustrating in the moment seeing folks out and about, not taking COVID precautions seriously,” Coan said.

However, she said she’s not holding these party goers at full responsibility.

We reached out to the university and we’re told they have employees monitoring off campus neighborhoods every weekend, especially this weekend.

“We are grateful for all of the Ohio State football fans who stayed home to watch today’s game, taking public health seriously. But we’ve seen video and photos of others who chose to gather in large groups without masks despite the risks. We must do better as we move forward, treating every game as a ‘home’ game by watching from home. Remember: The Buckeyes only have a shot at a national title if the season continues.”

We reached out to Governor Mike DeWine and have not heard back just yet.