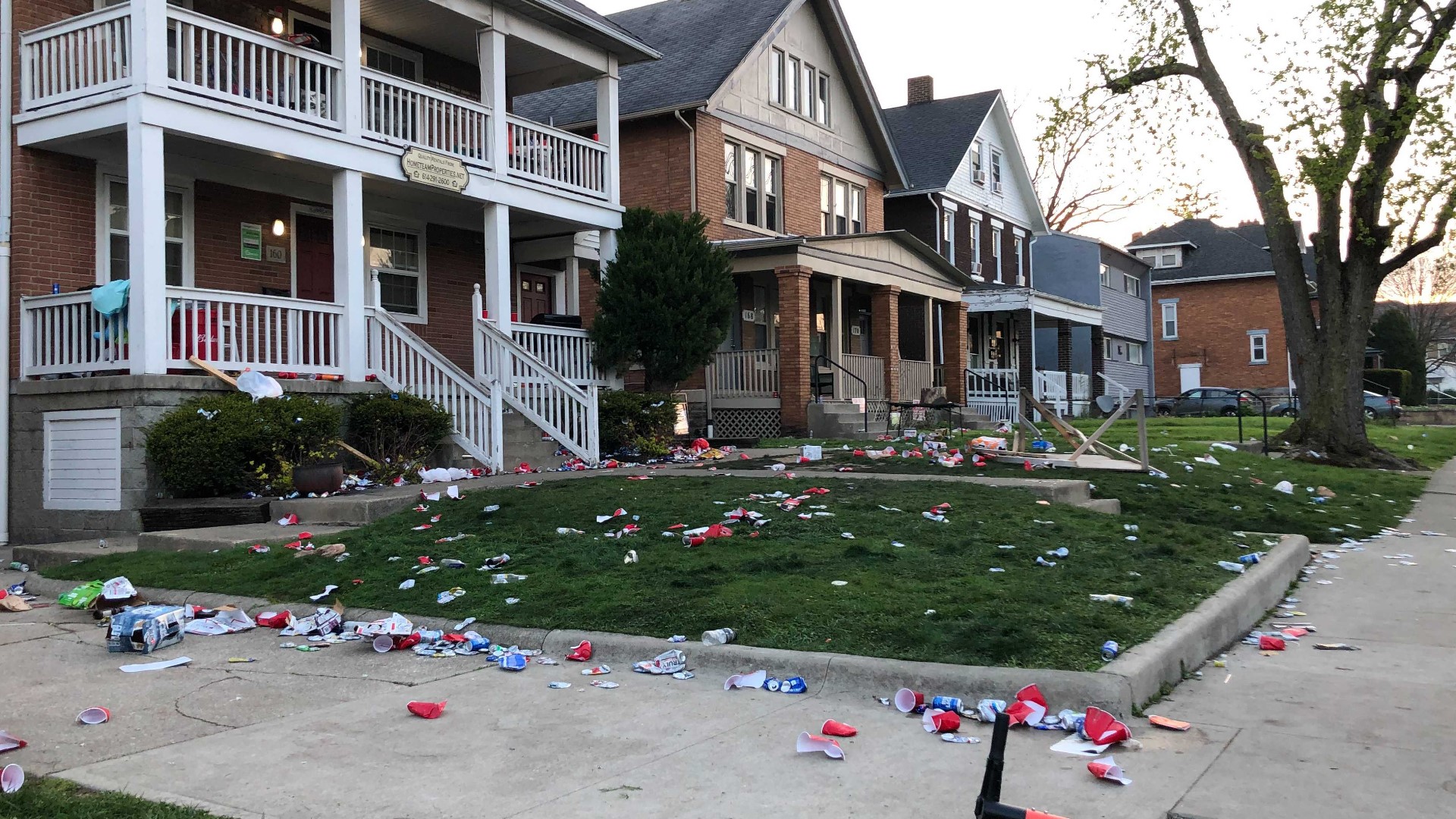 COLUMBUS, Ohio — The Ohio State University and the Columbus Division of Police are working to identify anyone involved in the damage of several vehicles during a large block party following the spring game on Saturday.

Police estimated that 1,000 people attended the party on Chittenden Avenue between North High Street and Summit Street and seven cars were flipped and severely damaged.

The party, known as “Chittfest”, is a tradition that happens every year after the spring game.

Police said they were aware the event was going to happen but didn’t expect this many to attend. The party started to get “out of control” around 10:45 p.m. and multiple officers were sent to the scene.

Interim Police Chief, Mike Woods responded to questions from community members and students about how the situation was handled.

“I’m not going to send a small number of officers into a group of 2,000 to try and address that, so we waited until the appropriate time and we tried to work with OSU to get information out to those students to tell them enough is enough, but once we knew that cars were being flipped, we got enough officers together and approached that area,” Woods said.

On Monday, a spokesperson for Ohio State said they are directing people with any information regarding the vandalism to contact Central Ohio Crime Stoppers.

Ohio State officials are also directing anyone with information, to go to the student conduct form online for disciplinary action.

According to the university, possible sanctions for violating the student conduct ranges from formal reprimand to disciplinary probation, suspension or dismissal from the university. Each case is evaluated individually.

Claire Wollett is an Ohio State student and President of Never Walk Alone, a mental health organization on campus. The organization is raising money for the people who had their cars damaged during Chittfest.

The organization is working to figure out how to properly distribute the money to the correct people. She said, so far, they’ve raised over $9,000.

“I don’t want people to just feel like we’re holding their money for like a month and not distributing it out, but I also don’t want to just Venmo $1,000 to a person and not have it be a valid thing,” Wollett said.