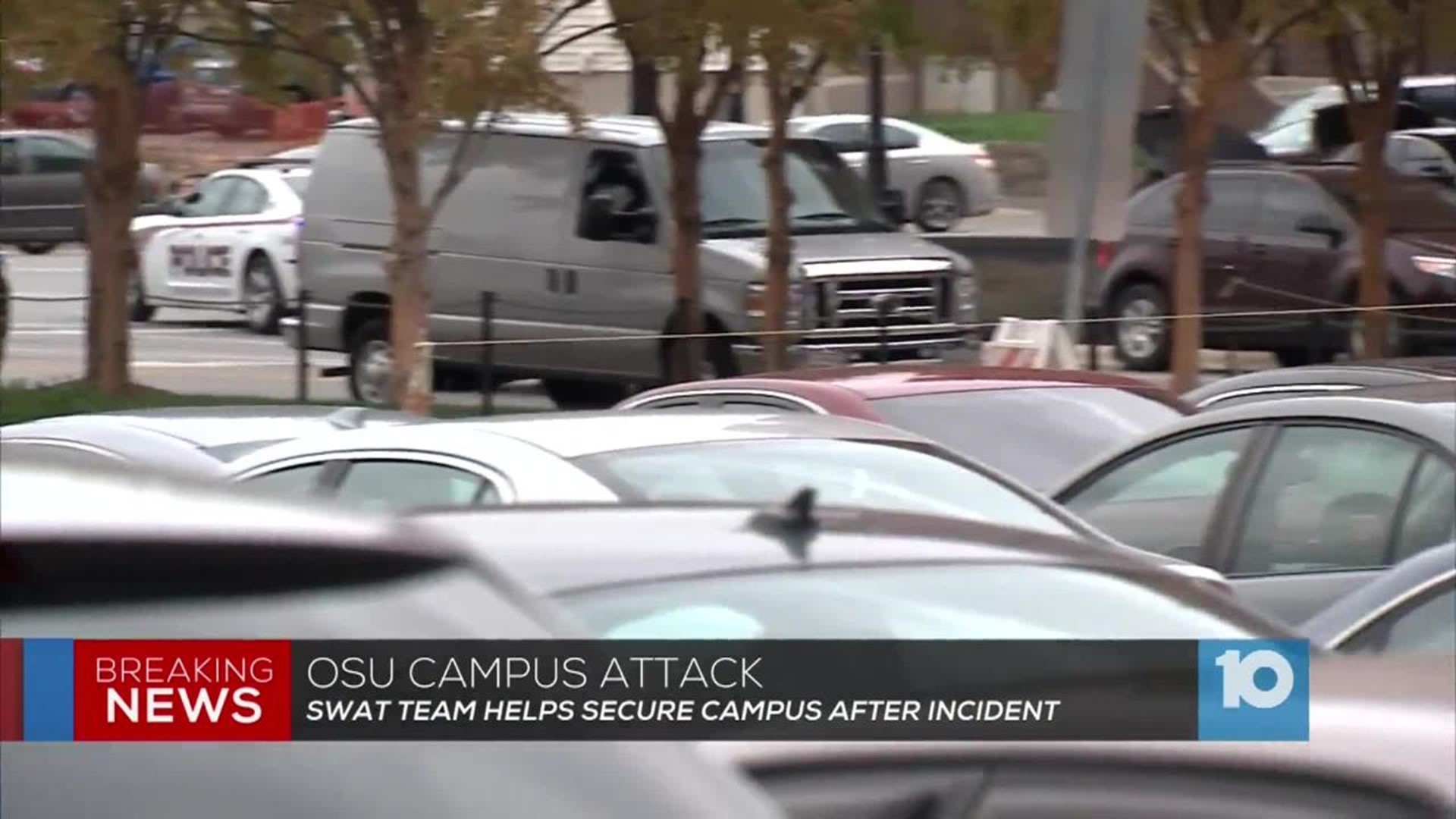 During a press conference Monday evening, Ohio State University Director of Public Safety Monica Moll said Artan was a student at the university.

Authorities say Artan drove up onto a curb near Watts Hall and struck pedestrians. Artan exited the vehicle and attacked people with a butcher knife.

Eleven people were injured in the attack. Only one of those injured were listed in critical condition.

Officials said Artan was in the vehicle alone and is the only suspect. They are currently investigating any potential motive.