The university plans to increase campus security, lights along pathways, cameras and more in an effort to combat recent violent crime. 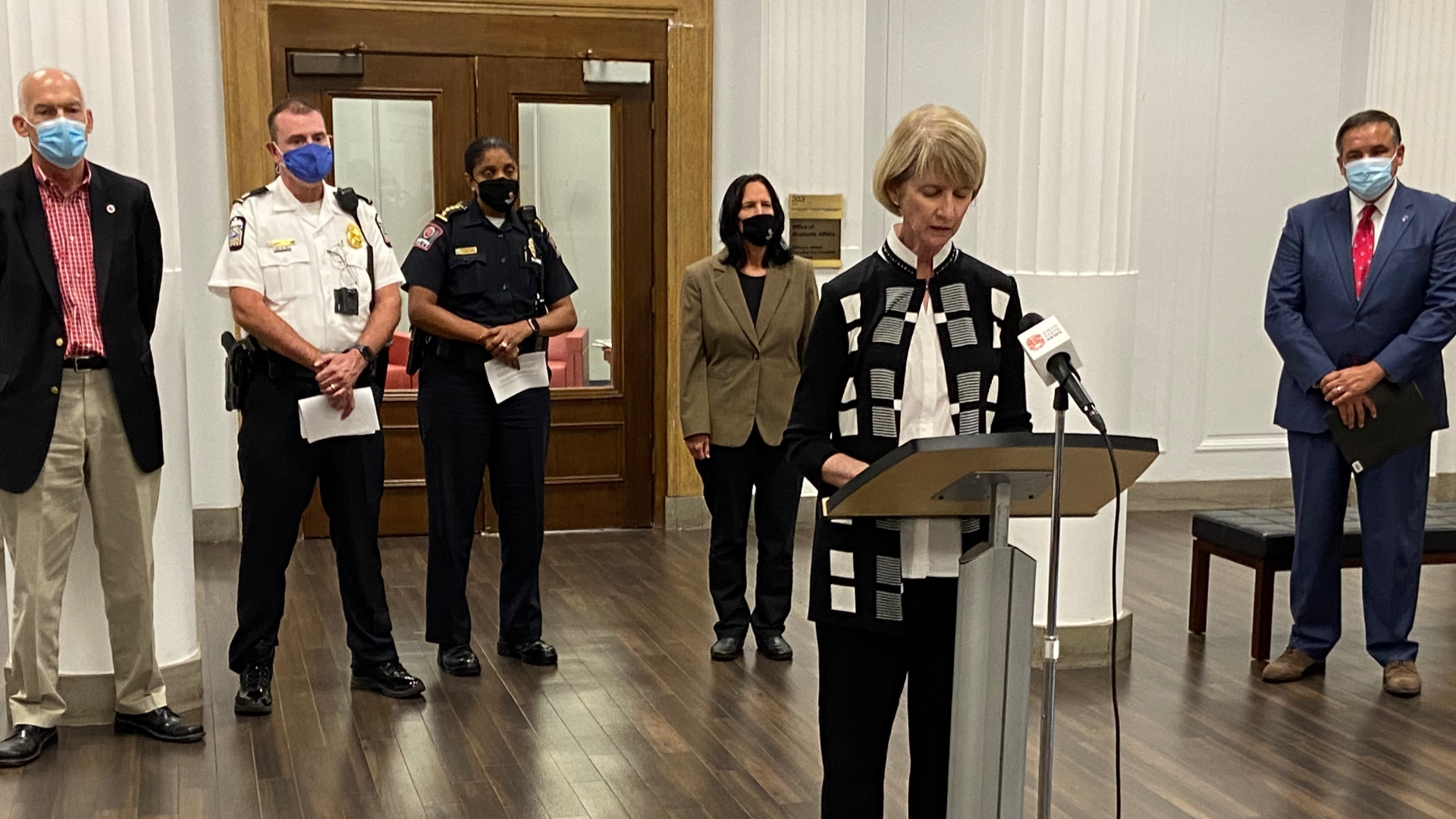 COLUMBUS, Ohio — Ohio State is adding at least $20 million in funding toward new safety measures on and around campus over the course of the next decade.

In response to a rise in violent crime reported near campus in recent months, Johnson says the university is ramping up campus security, adding more lights along campus pathways and more.

According to Johnson, the university has invested more than $1 million in safety measures since last year's fatal shooting of Ohio State student Chase Meola.

"It is not enough, and we must do more," said Johnson.

In an effort to do just that, the university will provide an additional $2 million in funding toward enhanced safety measures every year for the next decade.

Just some of that money will go toward additional campus service officers, private security and patrols. At least 10 mobile camera systems will be added to areas near student housing, and the university will also extend its Lyft ride program to ensure students get to and from the Short North safely.

Additionally, the university's public safety team, in partnership with the City of Columbus, will work with an external safety expert to review the effectiveness of this new approach.

The announcement comes amid an increase in violent crimes reported near campus in recent months. On Friday morning, police responded to reports of shots fired toward an off-campus house party.

Last month, the university announced plans alongside the Columbus Division of Police to increase security around campus as one of several attempts to combat the rise in crime.

"This is personal to me," said Johnson. "There is nothing I take more seriously than student safety. Our student's safety is number one, and it always will be."

You can watch Friday’s full briefing in the player below: