Cody O’Connor, 25, from Cincinnati, is an Ewing's Sarcoma survivor. He is walking from New York to Los Angeles to raise awareness and money for pediatric cancer. 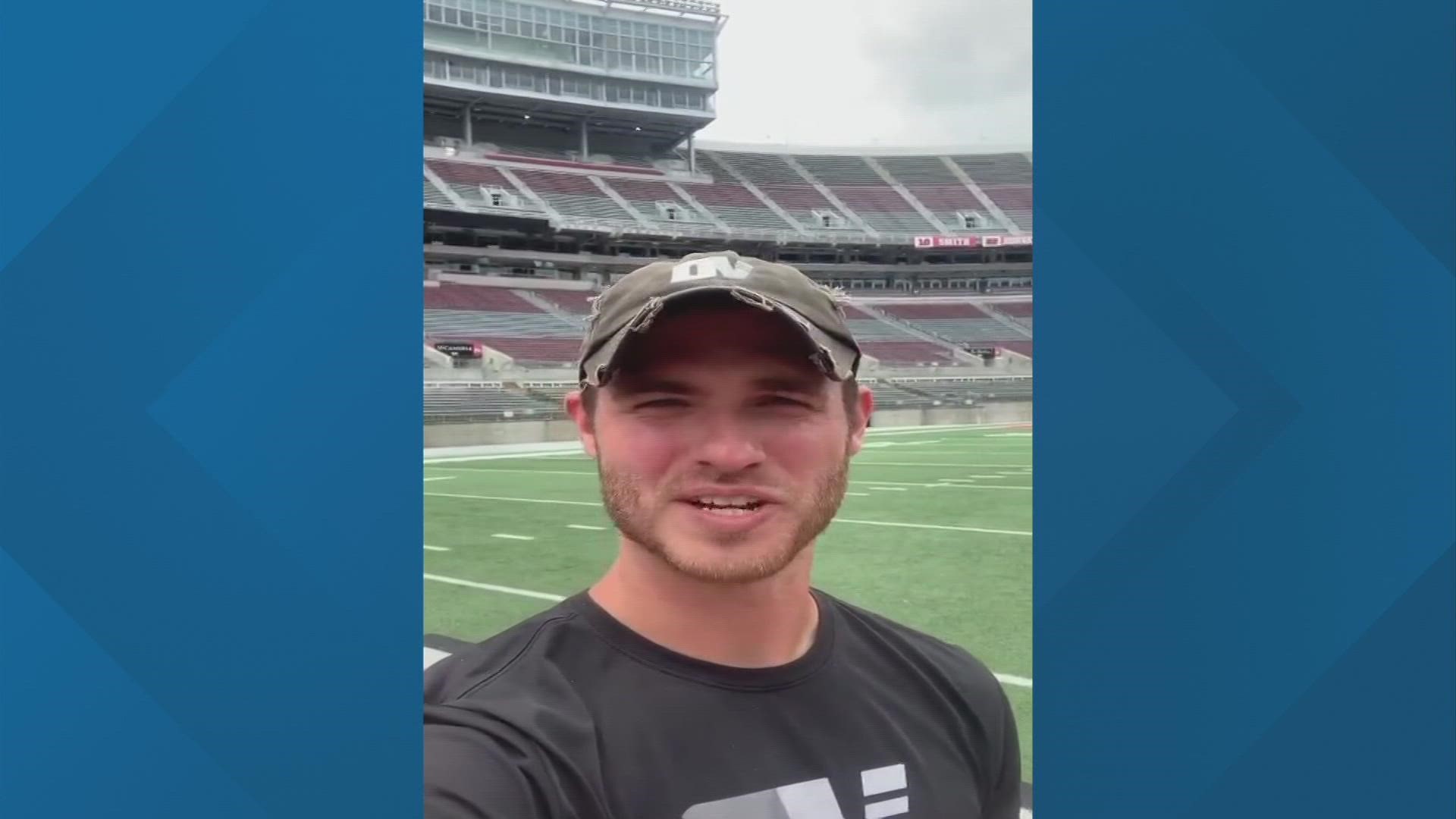 COLUMBUS, Ohio — After 10 years of being told he would not be able to fully walk ever again, Cody O’Connor is not only walking but taking the challenge to great lengths.

The 25-year-old Cincinnati native is in the middle of walking from New York City to Los Angeles.

He strolled into Columbus Saturday and stopped at Ohio Stadium, where Ohio State University police let him walk onto the field to celebrate how far he has come.

“This field has been a dream maker for many, many people,” O’Connor told 10TV. “I think it is an important reminder through this Walk for Hope, it stands for hope. It stands for keeping your dreams in your heart, chasing what others say you can't do. This field represents all of that. This has been an awesome, awesome experience and I am super grateful.”

When he arrived in Columbus, he was about 650 miles into his 3,000-mile journey. A path that began in Times Square on June 17. The entire walk is expected to take four months.

O’Connor is hoping to raise $300,000. He heads towards Dayton and Cincinnati on Tuesday. A police escort will bring him out of the city.

To see his other stops and for more information, click here.