President Trump has repeatedly used racist language when referring to the coronavirus. 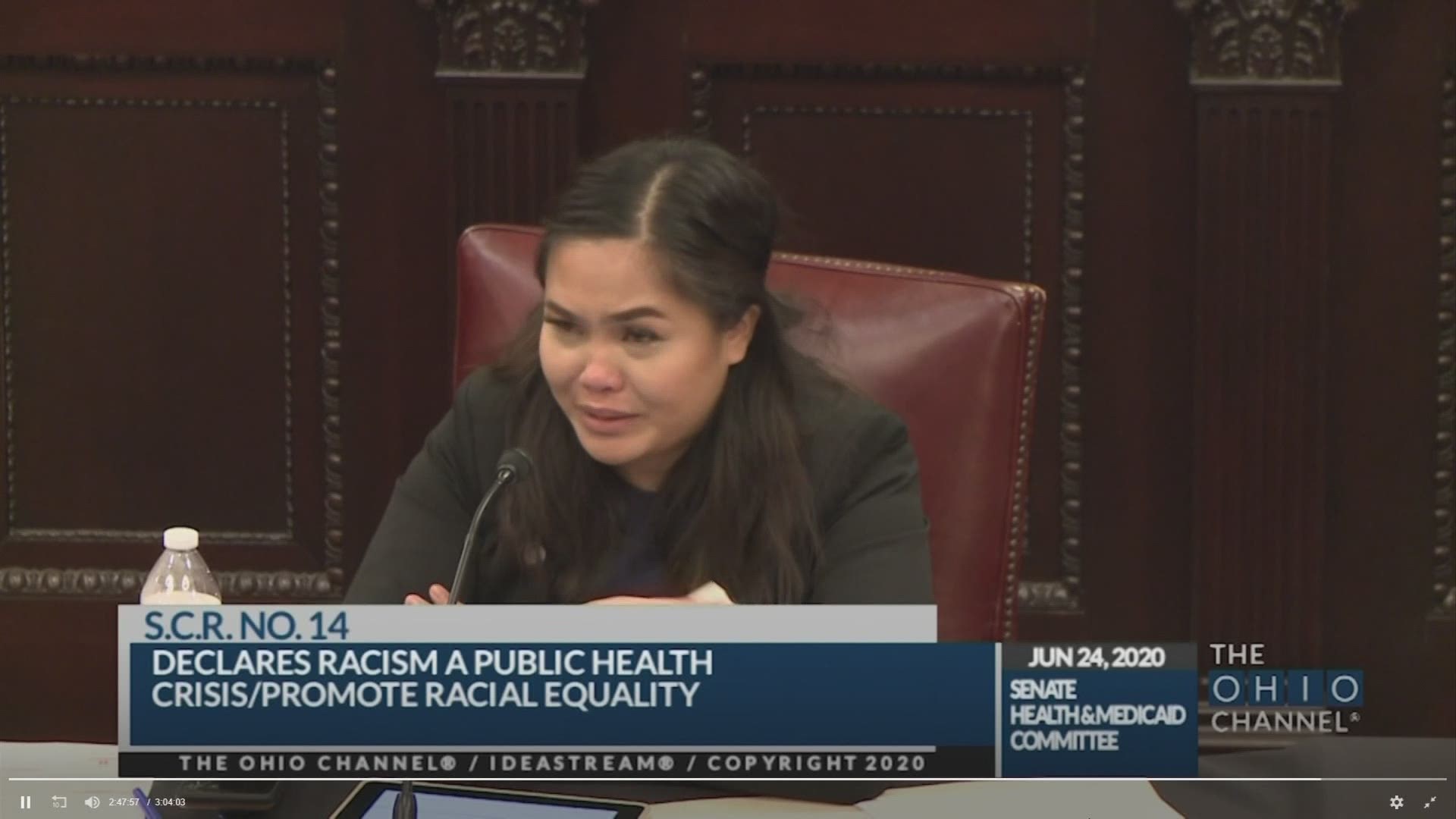 COLUMBUS, Ohio — An Ohio lawmaker breaks down in tears, fearing her child will be mistreated because of his race.

And says President Trump is fanning the flames of racial division.

President Trump has repeatedly used racist language when referring to the coronavirus.

It was during Wednesday's Ohio Senate Health Committee meeting that a state senator broke down in tears.

Witnesses shared heart-wrenching examples of how racism impacted their lives and their health.

From physical abuse to hateful taunts:

"It has something to do with the color of my skin and female genitalia. I remember that day clearly,” Herman said with tears streaking her cheeks. “I went to the girl's bathroom, stuck my head under the hand dryer, went to the nurse and told her I wasn't feeling good. She sent me home that day because of a high fever. And I told myself in the car ride home: I'm not going to wake up. I'm not going to return to school, and I'm not going to be alive for another day of this awful feeling I have to live with, knowing that I am that much different than my peers. I was 11. No 11-year-old should ever feel that way. But unfortunately, this has become reality for a lot of children of color."

She tweeted that she is “scared to let her son go back to school and get bullied for being Asian...because our leaders want to call COVID-19 the kung-flu or the Chinese virus.”

President Trump has repeatedly used both phrases, most recently at rallies in Tulsa and Phoenix.

She says those words have even more power, coming from the President of the United States.

When questioned about the President's use of the term, this week White House counselor Kellyanne Conway responded:

"My reaction is that the president has made very clear he wants everybody to understand, and I think many Americans do understand, that the virus originated in China."

Wednesday's Ohio Senate testimony was about a proposed resolution to declare racism a public health crisis.