Cupp, a Republican from Lima, is a former Ohio State Supreme Court Justice. He did not vote for Householder as speaker in 2019. Cupp did vote in favor of HB 6. 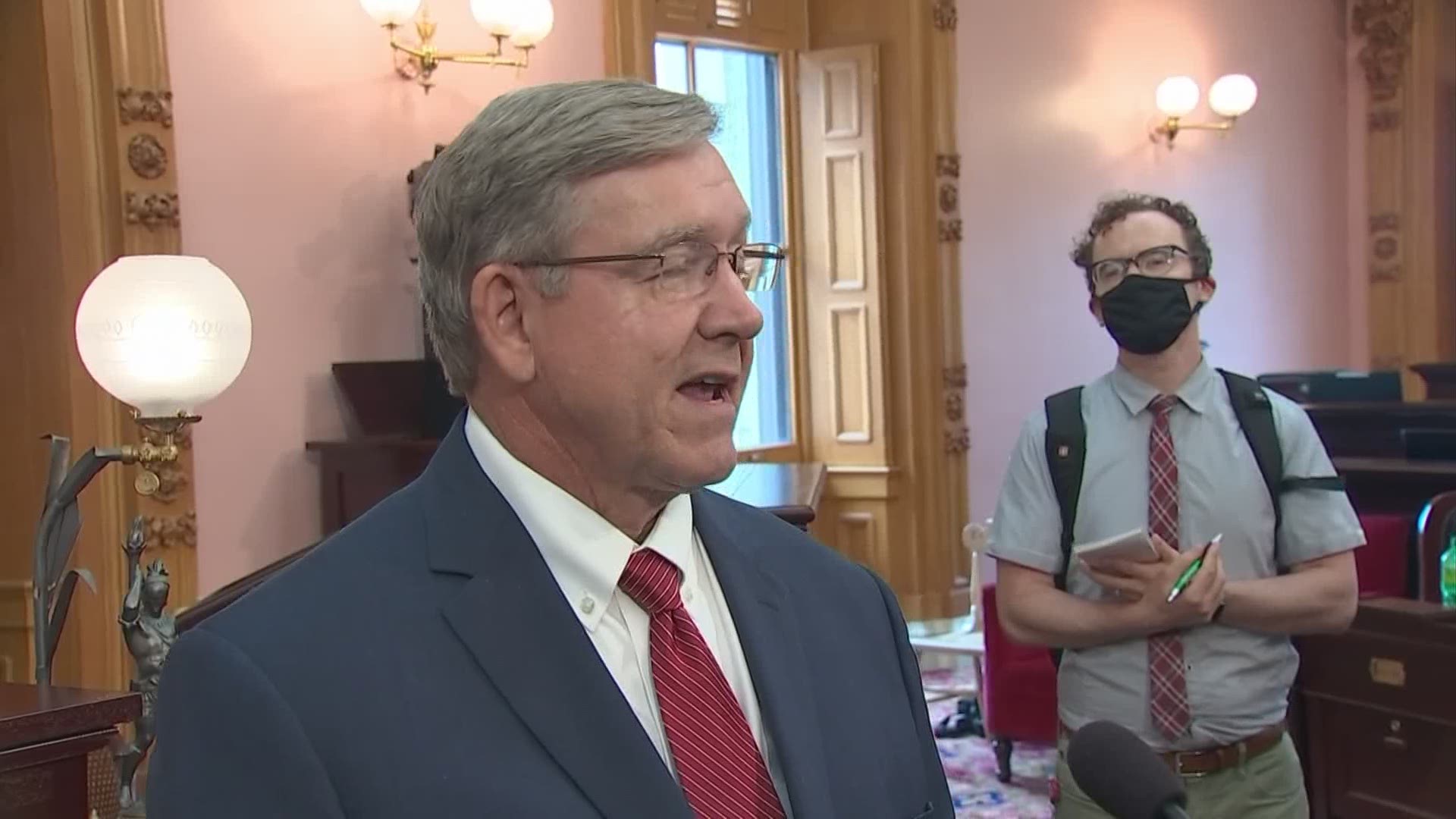 House members voted in favor of the veteran lawmaker from Lima on Thursday afternoon after a private Republican caucus. It followed a historic, unanimous House vote earlier in the day to remove Rep. Larry Householder as speaker because he was indicted in an alleged $60 million bribery scheme.

Cupp was elevated in a more divided vote and then was immediately sworn in by Ohio Supreme Court Justice Judith French. He said he was sorry to be leading “in such difficult and trying and unprecedented times” but promised to do so fairly and humbly and to prioritize transparency and accountability.

“It is imperative to restore the public’s trust in our elected officials,” Cupp said. “The duty of the legislative branch of government is to serve to enact laws in the best interest of the people of Ohio.”

His colleagues believe the soft-spoken Cupp will bring the chamber what Householder could not: unity. In a statement, GOP Gov. Mike DeWine praised Cupp as “a man of integrity who will serve Ohio well" and said he looked forward to working with the new speaker. 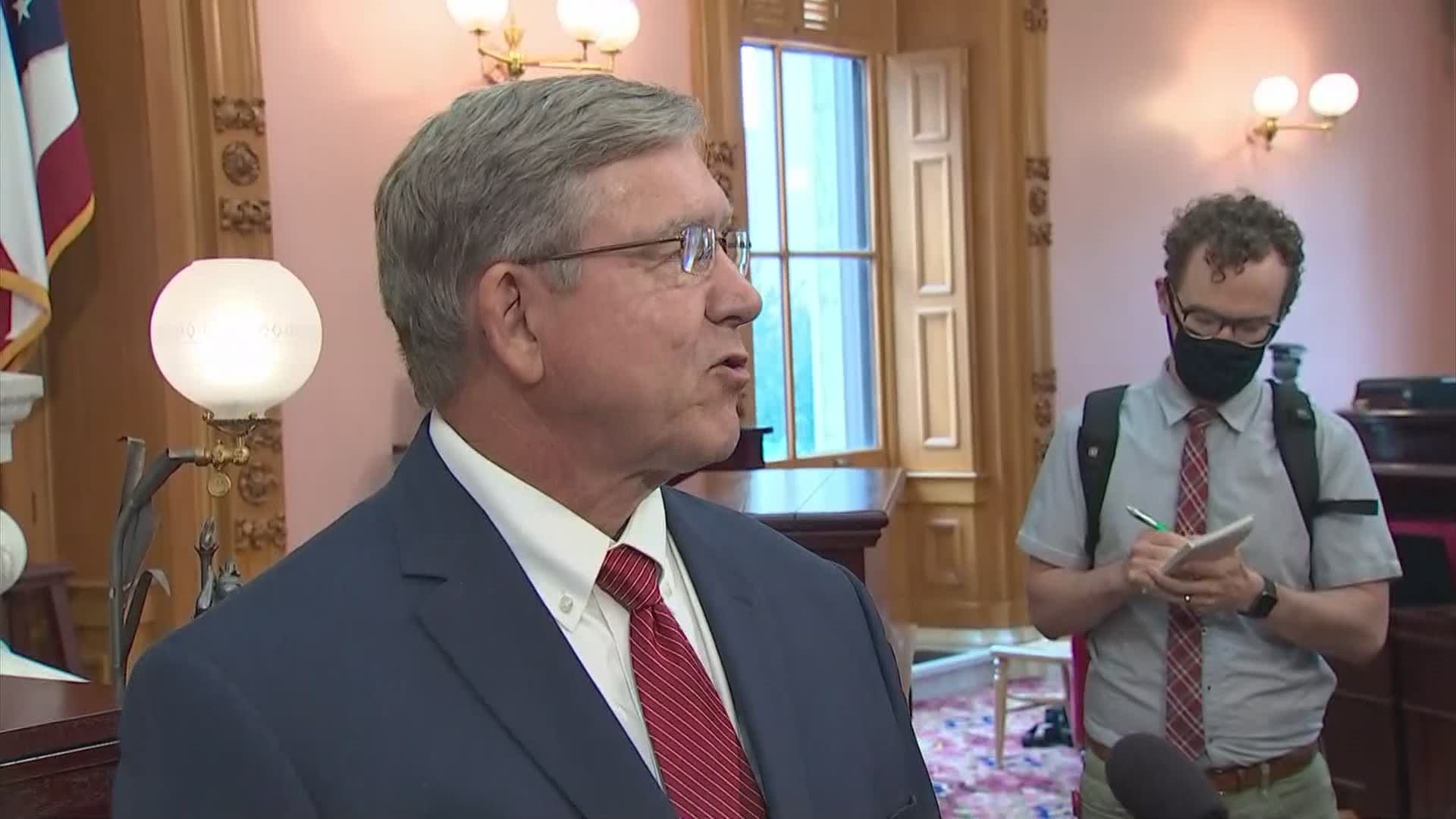 House Minority Leader Emilia Strong Sykes, of Akron, noted in a statement that every member of her Democratic caucus voted against Cupp.

Householder and four associates were identified in a July 21 federal affidavit as allegedly taking part in a pay-to-play scheme involving corporate money secretly funneled to them for personal and political use in exchange for helping to pass House Bill 6 to financially bail out two Ohio nuclear plants. Householder was one of the driving forces behind the legislation, which included a fee to every electricity bill in the state and directed over $150 million a year through 2026 to the plants near Cleveland and Toledo.

Householder and his attorney have ignored or declined requests for comment about the allegations against him.

He didn’t attend the vote on removal from his leadership post, but retains his Legislative seat for now. Lawmakers rejected a proposal to consider expelling him from the House.

The House session Thursday morning took a matter of minutes, with 90 representatives voting in favor of vacating the office of the speaker. Nine didn’t vote, including Householder.

Most — but not all — House members were wearing masks as they gathered for that session amid the coronavirus pandemic. They sat socially distanced for the morning vote, but many shook hands and fraternized as colleagues reunited after weeks of summer break.

Householder, of Glenford, is the first Ohio House speaker ever removed by the chamber, according to the Ohio History Connection.

Householder, his long-time adviser Jeffrey Longstreth, former Ohio Republican Party chairman Matt Borges and lobbyists Neil Clark and Juan Cespedes could each face up to 20 years in prison if they’re convicted for their alleged work to pass the bailout and block attempts to overturn it, according to a criminal complaint filed by the FBI.

A federal grand jury formally indicted the five on Thursday, charging each with a single count of racketeering.

“Dark money is a breeding ground for corruption. This investigation continues,” said U.S. Attorney David DeVillers, referring to legal campaign funds that don’t have to report the source of their donations.

Borges involvement in the case “has been wildly overstated,” said his attorney, Karl Schneider.

“The accusations against him are wrong and unfortunate and the case against him is on shaky ground out of the gate,” Schneider said. “He was never part of any would-be enterprise and we expect when the facts play out this attempted over-reach to include him will fail.”

Messages seeking comment were left with the other defendants’ attorneys.

Householder is the second speaker to be under criminal investigation by the FBI in recent years. Former speaker Cliff Rosenberger resigned abruptly in April 2018 after saying he was aware federal agents were asking questions about his activities and had protectively hired a criminal defense attorney.

Rosenberger wasn’t charged, and a lawyer for him has said the former lawmaker did nothing wrong.

Jai Chabria, a Republican strategist in Ohio, called the vote about Householder expected and said the GOP's follow-up move is important.

“Out of chaos comes opportunity, and the leadership they elect today will be able to course correct and hopefully set a positive agenda for the state,” said Chabria, who also served as senior adviser to former GOP Gov. John Kasich.

Governor Mike DeWine issued the following statement upon the election of Cupp:

"I congratulate Bob Cupp upon his election as the new Speaker of the Ohio House of Representatives. Speaker Cupp is a man of integrity who will serve Ohio well. I look forward to working with Speaker Cupp and Senate President Obhof in the days ahead."