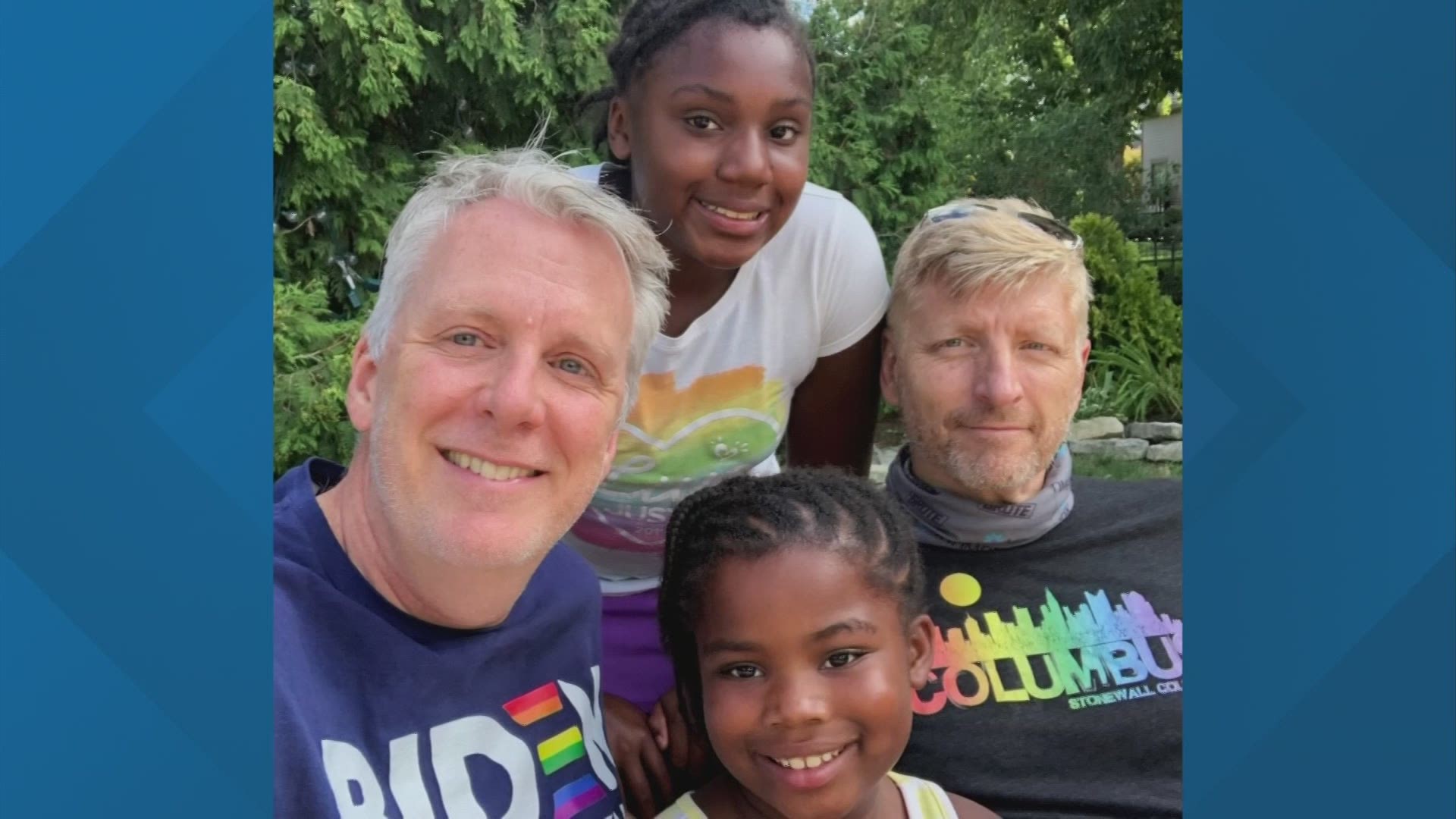 COLUMBUS, Ohio — Families across central Ohio will watch history be made on Wednesday when President Elect Joe Biden and Vice President Elect Kamala Harris take their oaths of office.

The couple adopted 11-year-old Amoret and nine-year-old Sophie from birth. Since then, the pair have tried to help their children understand differences within their family while encouraging them to do anything.

"I know that Kamala Harris is the first black girl Vice President," said Sophie to her fathers. "That's right and how do you feel about that?" Rick asked.

"It makes me feel like I can do anything," Sophie shouted.

The two girls said they are excited for their future and the doors this opens for them, but it is not the first time they've witnessed history.

"We took the girls to Barack Obama's second inauguration in 2012, we went to some of the parties and got all dressed up. It was a lot of fun," said Rick.

Four years ago, they were also in Washington, D.C. for the Women's March on Washington.

"It was peaceful and calm and resolute, and we were so happy that the girls got to participate in it and experience all that power, all those women together and so much diversity, too. It was really great," said Tom.

The family will not attend any events this year because of COVID-19, but said they will be paying close attention to the history being made and having conversations with their girls about what this means for their future.