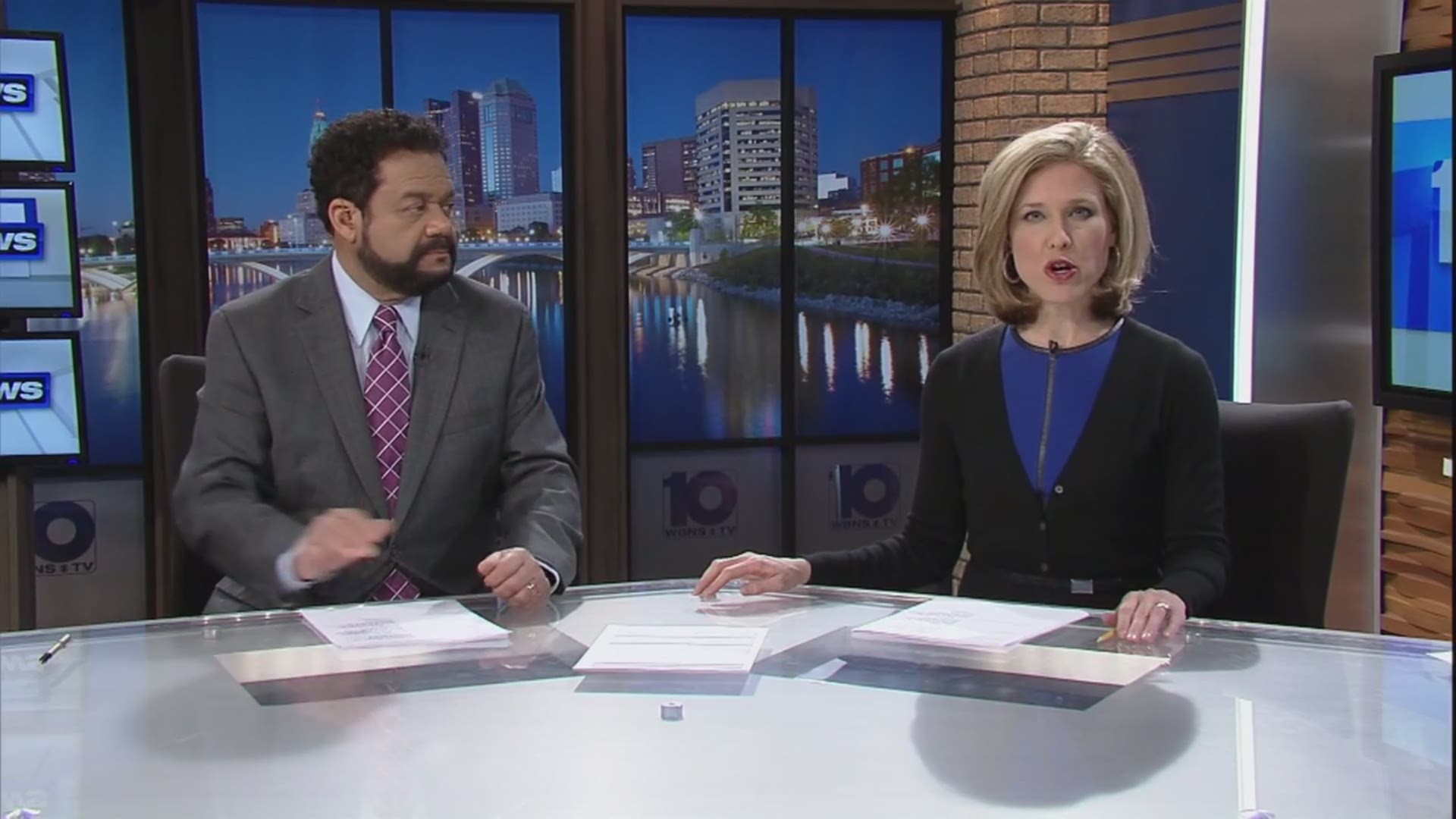 “We found that these fetuses were steam cooked and then were taken to a Kentucky landfill,” Ohio Attorney General Mike DeWine said at a press conference on Dec. 11. The process that sterilizes and breaks down matter using steam heat is referred to as autoclaving.

DeWine said autoclaving fetal remains was not only wrong, it was against the law.

The comments sparked outrage. The Ohio legislature, which was already talking about defunding Planned Parenthood, followed through a few weeks later. And legislators offered to pass another law so this couldn’t happen again.

And though, the state of Ohio does not handle abortions, miscarriages do occur at state prisons and medical facilities.

The state would not release records showing what specifically happened in cases of miscarriages, but state protocols calls for inmate patients to be treated at a hospital with “materials/tissue” sent with them.

Anything not packaged with the patient is flushed down the toilet or sent with the prison’s infectious waste transporter, which state records show is Accu Medical – the same company Planned Parenthood used, according to state records.

“I find it to be disturbing and I find it to be not humane.  I don't think it matters who does it.  What matters is this is being done. So I was not aware of that at all. You know when we began our investigation, it was very narrow question,” DeWine said.

State representatives from across the aisle said they were troubled by the misinformation.

“Now I’m very troubled that our attorney general would go to such lengths in what seems to me to be a witch hunt,” said Ohio Rep. Nickie Antonio (D-Lakewoood). It is “very, very disturbing.”

She said she thinks DeWine’s release of the information was a political ploy to target Planned Parenthood.

DeWine said the investigation began when he asked staff to look into if Planned Parenthood was selling body parts. During that investigation, the state investigators learned about bodies going to the landfill, DeWine said.

To understand what historically has happened, 10 Investigates looked into the three different ways fetal remains are disposed:

The difference between autoclaving and incineration is the difference of steam heat or an open flame and matters of degrees.

Autoclave experts provided 10 Investigates with a sample of what waste from a typical kitchen garbage can look like after processing. Autoclaved kitchen garbage including meat scraps, would look and have the texture of home insulation.

10 Investigates talked to an executive at an autoclave manufacturer not connected to the Ohio controversy.

Angel Aguiar, Vice President of Bondtech, leads an autoclave manufacturer not connected to the Ohio controversy. He points out that 95% of medical waste in North America is autoclaved. Aguiar added that autoclaving is seen as the most environmentally responsible way to dispose medical waste.

While autoclaving is not commonly used to dispose fetal remains, “It's not because the autoclave cannot do the job, and that is to render it non-infectious. It's because it's a perception issue,” Aguiar said.

The State Used Autoclaving Too

Attorney General DeWine said he did not investigate Ohio government and what the state does.

The Ohio Department of Rehabilitation and Corrections runs the state's prisons. 10 Investigates discovered medical waste from prison is disposed one of two ways, if it is not sent with the patient to the hospital.

Any results of a miscarriage would either be flushed down the prison sewer as liquid waste. Solid remains are cleaned up and disposed with other medical waste.

“All human waste materials/tissue are packaged and sent to the medical facility with the patient.  Any remaining residual blood is cleaned by a DRC blood spill crew trained in the proper disposal of biohazardous waste,” states ODRC Policy.

One company had the contract to transport and dispose that waste: Accu Medical Waste. It’s the same company called out by Attorney General DeWine for allegedly inhumane actions. When asked by 10 Investigates, DeWine said he did not know about the existence of that state contract.

After being presented with this information and then checking with other state officials, the Attorney General’s Office issued a statement.

“Our investigation ultimately did not find evidence of Abortion Trafficking. However, the investigation did reveal the unexpected finding that Planned Parenthood sent fetuses to a vendor which ultimately disposed of them in a landfill, and that violated the law which requires abortion clinics to dispose of fetuses humanely.

“The Attorney General’s Office released its findings publically so all Ohioans could come to their own conclusions. Attorney General DeWine does agree with the legislators and other Ohioans who found disposing of fetuses in landfills to be disturbing and inhumane,” according to the statement.

If Planned Parenthood’s contractor was violating Ohio code or laws in the handling of medical tissue or fetuses, state inspectors never had any issue previously.

“He could have pulled our inspection reports, the Ohio Department of Health has a lot of information about our health care facilities and our health care practice. As a matter of fact, they came in and did sudden, unexpected inspections in July,” said Stephanie Kight, CEO of Planned Parenthood of Greater Ohio.

“He could have pulled any of those reports. He could have pulled the contracts with Accu Medical. Those are part of our licensure procedure. All of the information that seemed so sudden to the Attorney General was readily available to him. So I'm not sure what he was doing all of those months that he was investigating us,” added Kight.

The investigation of Planned Parenthood should be viewed as simply a political attack, Democratic lawmakers said.

Rep. Greta Johnson (D-Akron) said a Republican lawmaker started looking for co-sponsors for the legislation on Nov. 2 – more than five weeks before the Attorney General’s findings were made public.

“This was a political witch-hunt that was destined to have some sort of outcome to grab a headline,” Rep. Greta Johnson (D-Akron)

What Happened in Kentucky?

Regulatory records from the state of Kentucky detail what happens behind closed doors at Accu Waste Services’ facility. Any medical waste taken there is put in a high pressure chamber using intense steam heat and later compacted.

The same records show the results are sent to nearby Green Valley landfill.

Neither Accu Medical Waste, the company used by Planned Parenthood, nor the Green Valley Landfill have been cited for any law violations or inhumane activities by the state of Kentucky.

Kentucky’s laws do allow waste to be treated differently if it is generated in or out of state.

“It is illegal to landfill any human tissue resulting from a medical procedure performed in Kentucky.  By law it’s required to be incinerated. This law does not currently apply to human tissue sent to Kentucky from out-of-state locations,” Brannock said in a statement.