A Licking County Commissioner tells 10TV that the hackers demanded payment in Bitcoin to regain access to the county's phone and computer systems. Get the latest. 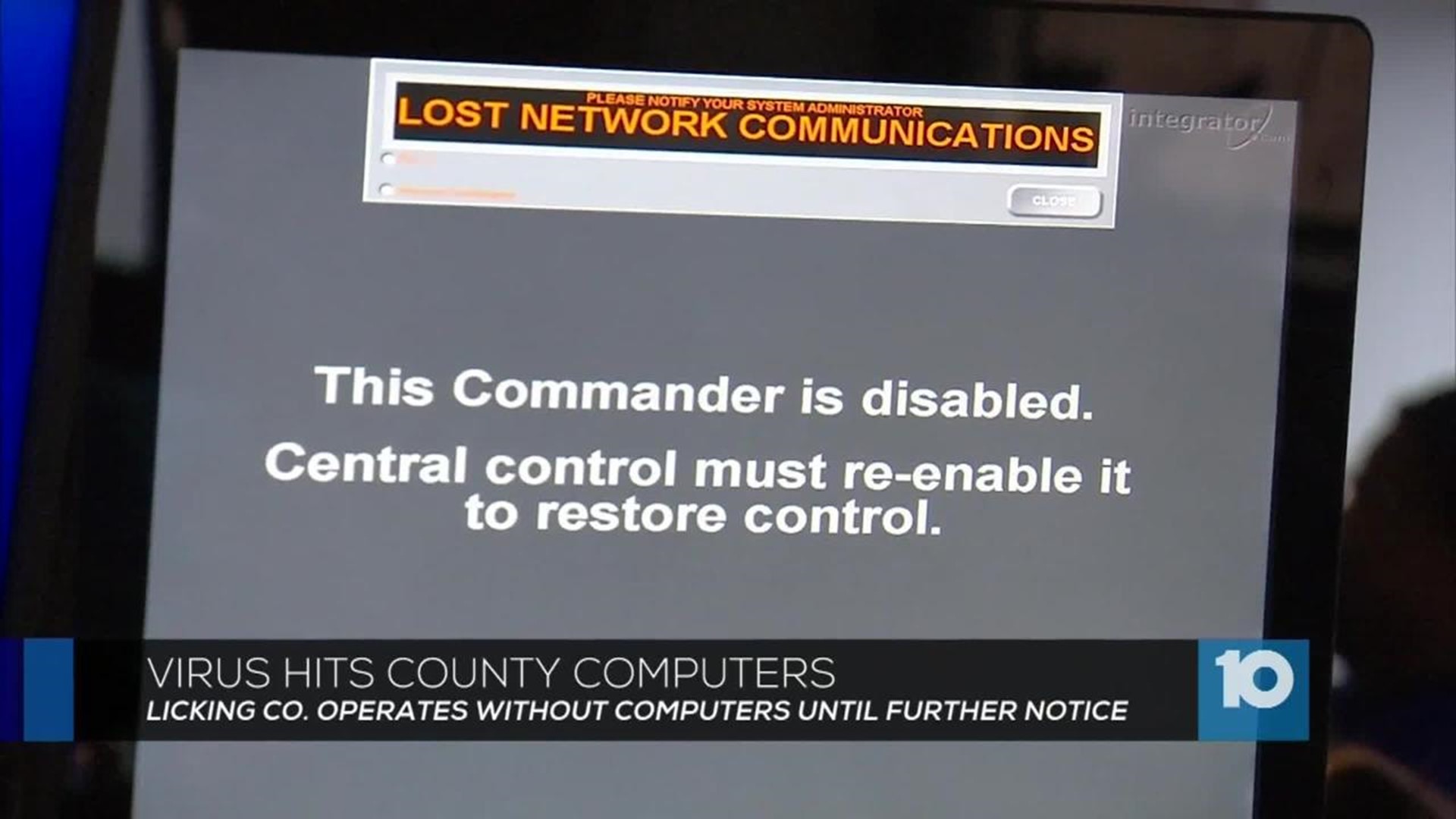 Officials in Licking County tell 10TV that ransom was demanded for an IT hack that impacted the county's phone and computer systems.

A computer virus shut down more than a thousand computers inside the Licking county government center late Tuesday.

A county commissioner says that the virus demanded a payment in Bitcoin for the county to regain control of their systems. Officials declined to specify the amount of money that was requested.

The county said its IT department discovered the problem when some files wouldn't open. As a precaution, it shut the system down and that's when technicians discovered it was a virus known as ransomware.

County business continues, despite the computer shut down, although county employees are having to do much of their work on paper.

At the Treasurer's Office, people can pay their property taxes with a check, but the office can't scan them electronically to the bank.

County welfare checks and child support payments have not been impacted because they work off state computers, according to County Commissioner Tim Bubb.

Libby and Dave Prater of Utica, came to the courthouse Tuesday to get their marriage license. Lucky for them, they called last week to get their paperwork, before the court's computers went down.

"I don't know what we would have done if the phones were down," she said.

Over at the Licking County 911 center, dispatchers are still taking calls.

"They are operating like the old days you have a piece of paper, dry erase board and you have your radios to dispatch so we haven't missed a beat in terms of safety," Commissioner Bubb said.

But there is a danger. If someone called from a landline and became unresponsive, the computer would provide an address. Now dispatchers have no way to tell where a call is coming from.

"That's exactly right. This is not a prefect world that's why they are working to make sure nothing falls through the cracks," said Bubb.

He said there are no reports of a data breach. It's grounded work at the courthouse to a halt.

"We can't schedule anything we can't issue documents, entries court decisions we're kind of on hold in that regard," said Common Pleas Judge David Branstool.

The county said it's contacted the FBI because it believes a cyber- crime was committed, but proving it will be difficult.

Not only are the computers down but so are the phones. That's an issue at the court house because people can't call in for jury duty among other things.

The county said it may take between 24-48 hours before the computers will be back on line, but the back log of paperwork may take longer to sort out.

The Licking County Sheriff said, without computers prisoner visitations, which are done via video, were suspended.

The sheriff's office also lost its ability to use a personal information database known as the LEADS system. The sheriff said it called the Ohio Highway patrol for assistance with portable computers that allow them to do searches.

Commissioner Bubb says the goal is to fire up the computer system again to see what the damage is.

Depending on how badly the computers are infected he said the IT department will work through the weekend to get the county's computers back on line.