Brian Wilson had just returned home from a canoeing trip when he heard his neighbor screaming. Mary Giedeman's daughter fell into her pool and wasn't breathing. 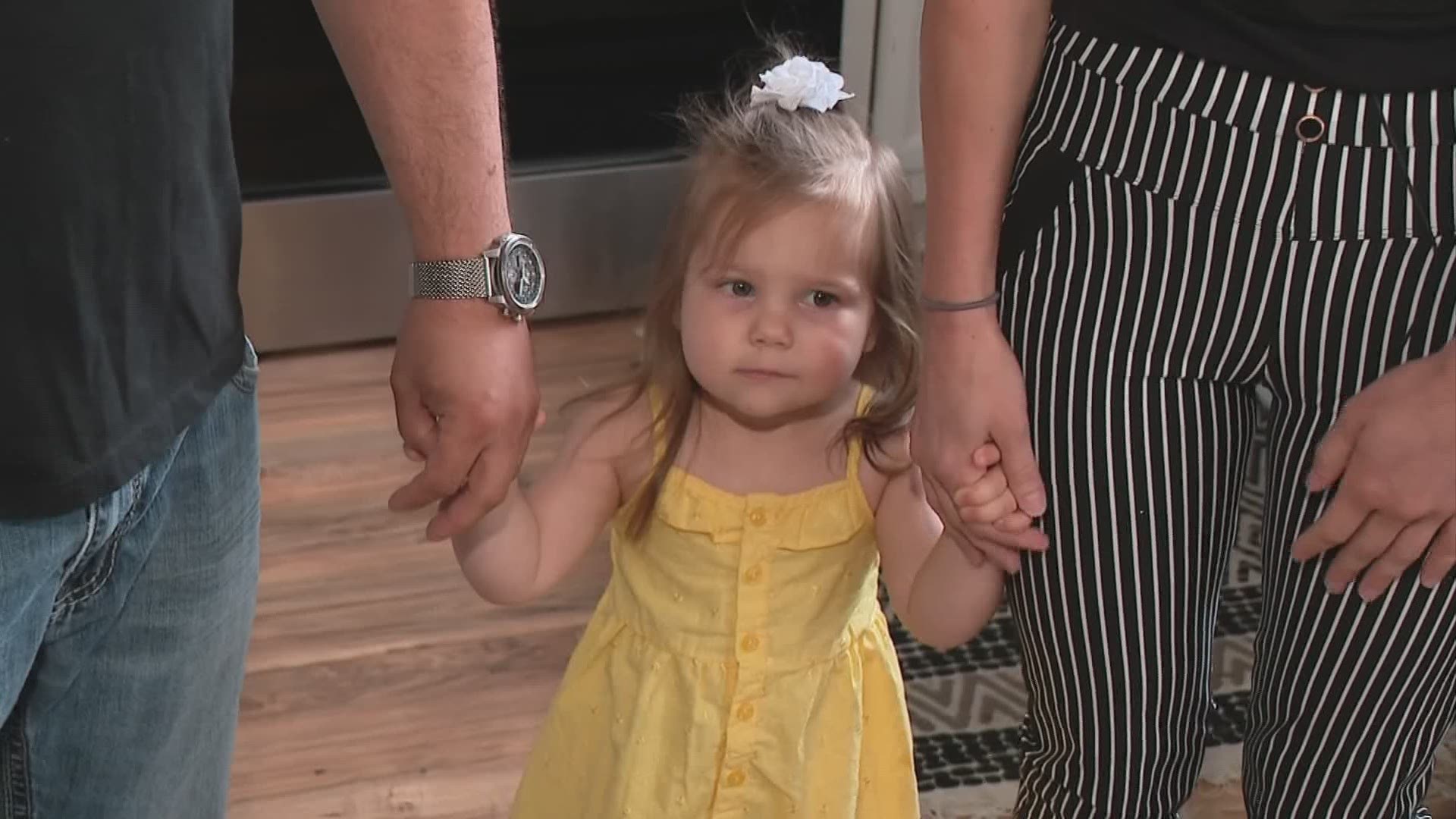 COLUMBUS, Ohio — A mother is calling an off-duty Columbus police officer a "guardian angel" after her 2-year-old daughter fell into their pool.

Mary Giedeman said she was putting away groceries when she noticed it was too quiet in her home and noticed a light coming through the crack of her door, knowing it had been opened.

“I ran outside immediately, did not see her. I jumped up on the deck. I saw her body floating. Giedeman said. "I pulled her out and she was unconscious and was starting to turn blue,"

Not knowing how to do CPR, Giedeman did what she could to save her little girl.

"I screamed for help at the top of my lungs over and over," Giedeman said.

Wilson said he has done CPR a few times but has never done it on a child.

"She was very blue. Her face, lips were very blue. She was not breathing. I did not feel a pulse," Wilson said.

After Wilson began CPR, Giedeman said he got his daughter to take her first breaths.

"I do not think she would be here, if not for Brian. We are beyond grateful," Giedeman said.

To thank Officer Wilson, they made signs as he drove home from work.

“Driving down the street, seeing Carmella play with my kids, being a dad, it gets emotional. It's just one of those feelings, it's unbelievable,” Wilson said.

Wilson says his training just kicked in and said he did what anyone would do.

Carmella had to spend three days in the hospital but is expected to be OK.