Crews are expecting several inches of snow by Sunday. 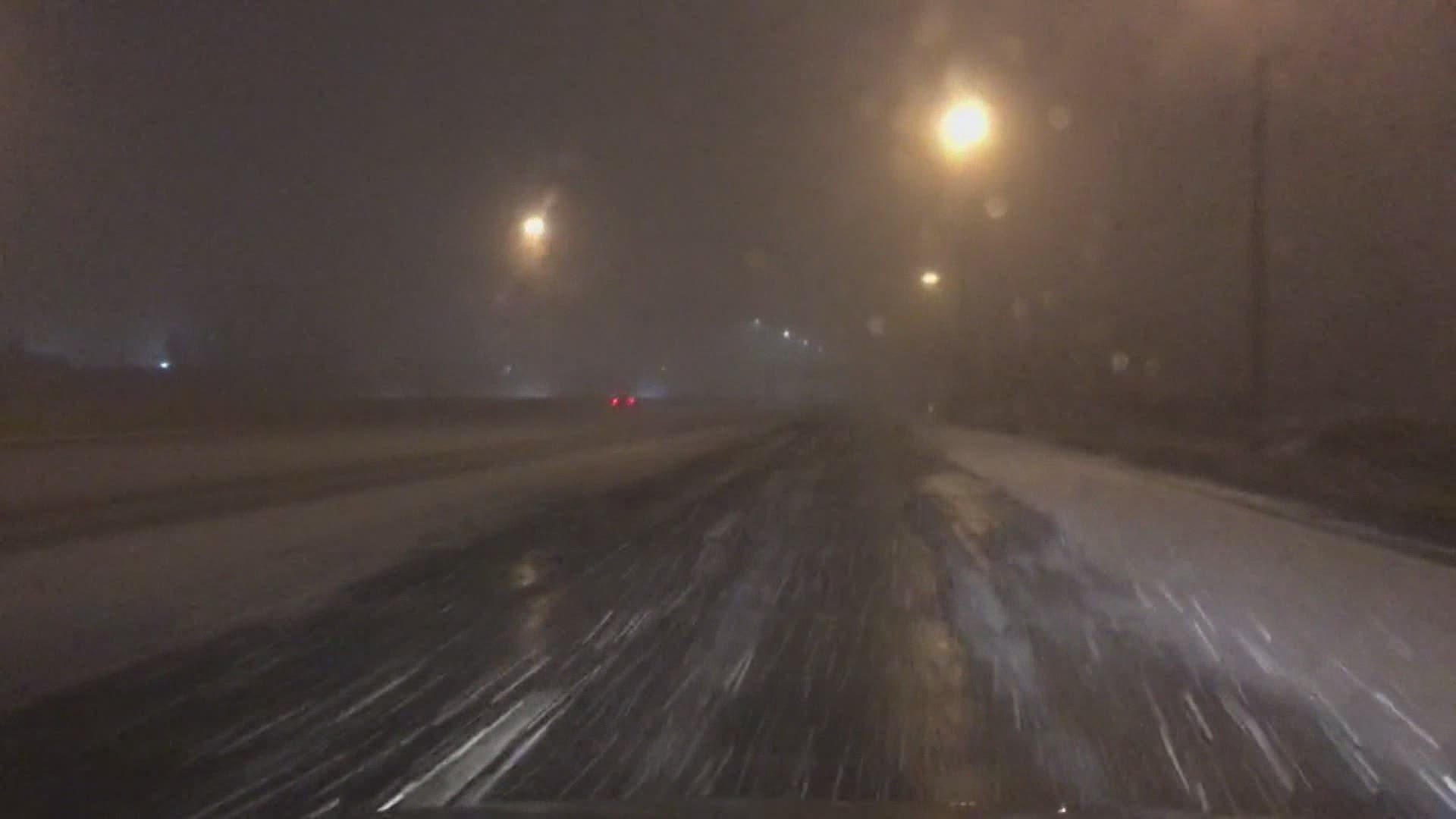 COLUMBUS, Ohio — ODOT crews used the sunshine and clear skies Friday gave us, to prep for winter weather this weekend.

“We’re fully staffed. Full staff towards the east of us, we are planning at this time to bring in everyone that we have,” said Brooke Ebersole with ODOT.

Crews have been working around the clock to beat the storm, by pre-treating the roads.

“Rock salt and brine. Those are really our two biggest tools to combat winter weather. most of these storm temperatures cover right between 25-30 degrees, salt works just fine,” said Ebersole.

Ebersole said the roads won’t be perfect but passable.

Snowplows can take up nearly two hours to treat the roads.

“I know it can be tempting to get up right behind a truck because you think that is going to be the safest place for you to drive. That's not safe for you, that's not safe for our drivers, so back off a couple hundred feet and give them plenty of room to do their job,” said Ebersole.

She said if you do need to go out, give yourself time driving.

“Remember that we haven't gotten a lot of instances to drop the plows this year. And we really are expecting to do that this weekend. And anytime you have those plows drop you can expect there to be flying snow off the right side,” said Ebersole.

As of 10 p.m. ODOT had more than 700 crews out across Ohio plowing and treating.

Ebersole said, depending on where it is hitting the heaviest, crews often are working twelve to sixteen-hour shifts.

ODOT officials said the crews prepare and are always ready for moments like this weekend.

“A lot of days it’s sort of a hurry up and wait game they come in they patrol the roads and they watch for slick spots but when that snow moves in its go time and they’re always ready for go time,” Ebersole said.

ODOT is posting updates on weather conditions and crew numbers on their social media pages.

She said a local or residential street is most likely maintained by a local municipality.