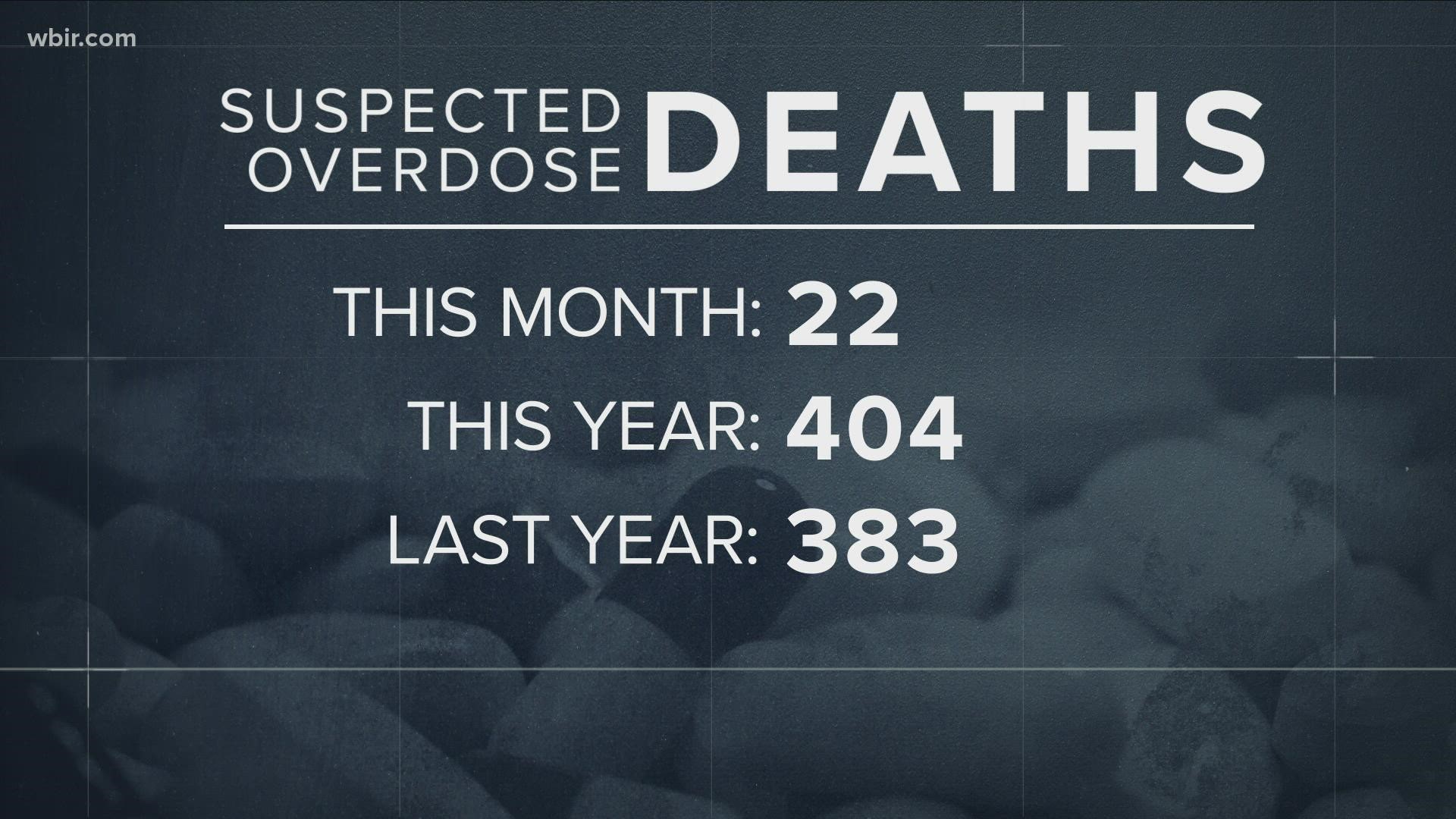 For the first time ever, more than 400 people have died from suspected drug overdoses in a single year. That far surpasses last year's record of 383 with a month and a half still to go.

"We talk about numbers, but every number is a life," Metro Drug Coalition Executive Director Karen Pershing said. "There's just tragedy all around seeing those numbers continuing to go up."

On average, one or two people die from a drug overdose every day in Knox County. It's keeping the Knox County Regional Forensic Center, Metro Drug Coalition and the Knox County District Attorney's Office busy.

"For family members in this community, it weighs very heavily on us that there is such a great loss of life," District Attorney General Charme Allen said. "So every day, my lawyers go into the courtroom and fight the battle."

She said they do that in several ways, including pushing for resources and convicting drug dealers. The high volume of cases, however, is making things difficult.

The problem isn't isolated to Knox County, but it is hitting East Tennessee harder. In Shelby County — which is home to Memphis — data from the medical examiner shows 424 people have died from overdoses.

That's only slightly higher than Knox County, but Shelby County is nearly twice the size.

"We're better than this," Pershing said. "We've got to take all the stops out and do whatever we can to save lives right now."

At Metro Drug Coalition, resources such as free Narcan and trainings are a start.

"The opposite of addiction is not recovery. It's community," Pershing said. "It's about being connected to community and people and being engaged and having that accountability structure in your life."

As the pandemic begins to slow, Pershing hopes to see the progress they were making return.

"In 2019, we actually saw a decrease," she said. "So, what we were doing was working. So if we can just get back on track, hopefully we can start seeing those numbers go down again."