The flight was traveling from Mount Carmel Grove City hospital to Holzer Meigs hospital in Pomeroy for a patient transfer back to Columbus on January 29. 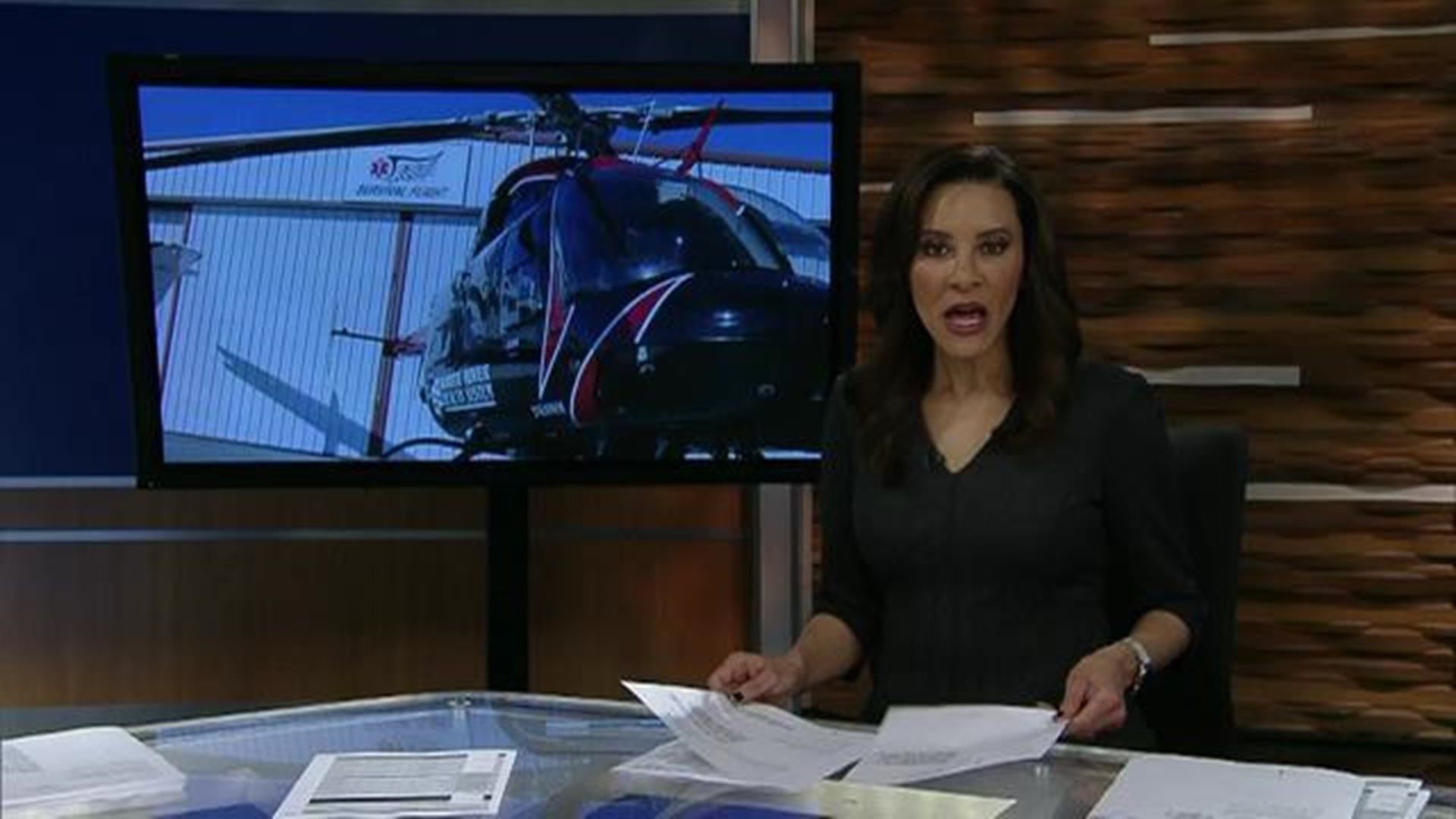 The National Transportation Safety Board has released its preliminary report on the Survival Flight medical helicopter crash in southeast Ohio last month.

The flight was traveling from Mount Carmel Grove City hospital to Holzer Meigs hospital in Pomeroy for a patient transfer back to Columbus on January 29.

Shortly after 7 a.m., Ohio State Highway Patrol were notified by Survival Flight they lost communication with the helicopter.

The wreckage of the helicopter was found east of State Route 278 and south of King Hollow Trail in Vinton County.

Pilot Jennifer Topper and flight nurses Bradley Haynes and Rachel Cunningham were killed in the crash.

In the NTSB report released Tuesday, the flight was originally accepted by the night shift pilot but was changed to the day pilot due to an upcoming shift change.

The Operations Control Specialist on duty said he saw the helicopter, being piloted by Topper, make a turn to the right then a "sharp left turn" followed by a "no-tracking alarm" roughly 15 minutes into the flight.

You can read the full report below.

"On January 29, 2019, at 0650 Eastern standard time, a single-engine, turbine-powered, Bell 407 helicopter, N191SF, collided with forested, rising terrain about 4 miles northeast of Zaleski, Ohio. The helicopter was registered to and operated by Viking Aviation, LLC, doing business as Survival Flight, Inc., as a visual flight rules helicopter air ambulance flight under the provisions of 14 Code of Federal Regulations Part 135 when the accident occurred. The certificated commercial pilot, flight nurse, and flight paramedic were fatally injured, and the helicopter was destroyed. Visual meteorological conditions existed at the departure location, and company flight following procedures were in effect. The flight departed Mt. Carmel Hospital, Grove City, Ohio at 0628, destined for Holzer Meigs Hospital, Pomeroy, Ohio, about 69 miles southeast.

According to the Survival Flight Operations Control Specialist (OCS) on duty at the time of the accident, the night shift pilot had originally accepted the flight. The OCS said that, while he was on the phone with that pilot reviewing flight details about 0612, he was told that, due to the upcoming shift change, the day pilot would be taking the flight.

The OCS said that, while watching the helicopter on flight tracking software in the Operations Control Center, he observed that, about 15 minutes after departure, the helicopter made a turn to the right, then "a sharp left turn," which was immediately followed by a "no-tracking alarm." The emergency action plan was then initiated.

The helicopter wreckage was located on a tree-covered hill and exhibited significant fragmentation. The wreckage and debris path extended about 600 ft downslope on a heading of about 345° magnetic. A portion of the front-left skid tube was found at the start of the wreckage path, followed by the main rotor hub and blades, tail boom and tail rotor, cockpit and cabin, and the engine and transmission deck. Tree branches broken about 30 ft above ground level were observed near the front-left skid tube. Additionally, one main rotor blade had separated from the main rotor hub and was embedded in a tree. The elevation of the wreckage area ranged from 850 to 980 ft above mean sea level (msl). There was no evidence of a postcrash fire, but a strong smell of fuel was reported by first responders when the wreckage was first discovered.

The helicopter was equipped with an Outerlink Global Solutions IRIS flight data monitoring system, which provides real-time flight tracking data. The flight tracking information is relayed via satellites to an internet-based storage location in 10-second intervals. According to the IRIS data, the helicopter's last known location was about 4 miles northeast of Zaleski at an altitude of 1,528 ft msl, traveling at 132 knots across the ground, on a course of 072°. In addition to the transmission of data at 10-second intervals, the IRIS stores flight data in 1-second intervals, along with voice and satellite communications. The equipment was removed and sent to the NTSB Vehicle Recorders Laboratory for voice and data extraction."