An increase in pilot training is raising concerns from neighbors who live in the flight path. 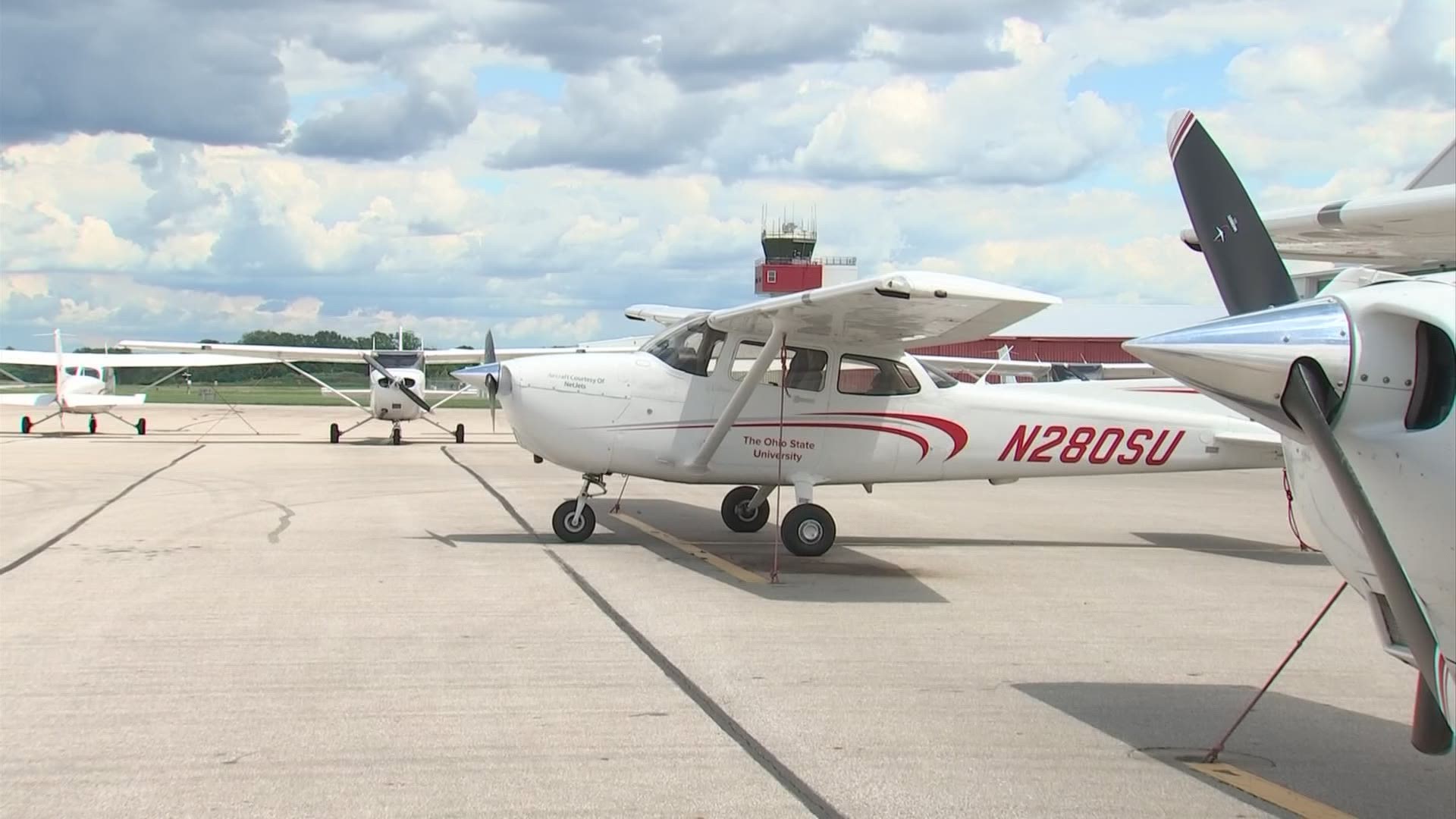 COLUMBUS, Ohio — Ohio State University Airport at Don Scott is one of the premiere aviation schools in the country. Now, it's causing concern from people who live nearby.

The airport fills a vital need to train future aviators, which are in high demand.

Currently, 90 students are on a waiting list to get in to learn everything, from how to fix planes to how to fly them. In the next decade it’s estimated that the industry will need 260,000 commercial pilots.

Seven of the schools' flight instructors were hired away by the airlines in the last two weeks.

All of that training is raising concerns from neighbors who live in the flight path. People who live in northwest Columbus neighborhoods surrounding the airport say the number of planes taking off and landing over their homes has increased over time.

10TV looked that the data.

“Don Scott airport in 2020 was the busiest airport in the state of Ohio in terms of take offs and landings,” says John Horack, Director of the Center for Aviation Studies at Ohio State University.

“The noise of the aircraft is certainly a concern,” said Dauphin.

The Airport met with neighbors and came up with what they believe is a compromise.

The Airport's master plan includes lengthening its north runway -- which faces State Route 161 -- by 1,000 feet, as well as move student aircraft closer to the airport tower.

“It will also reduce some of the traffic because the noise foot print placed closer to the center of the airport,” said Horack.

But that plan is still 5 years away from completion.

Dauphin says he supports the airport's mission. He also worries that Monday’s crash of a plane in Worthington that took off from Don Scott may happen closer to his home.

“There's a fine line between commerce and safety, so commerce noble but at what potential cost,” said Dauphin.

Ohio State says it hopes to hear from the FAA about its runway expansion in the Fall or Winter of this year. It says before it turns any dirt, it will hold public hearings about the project.