The "ICU Grandpa" became an instant star in 2017 when his story was shared around the world. 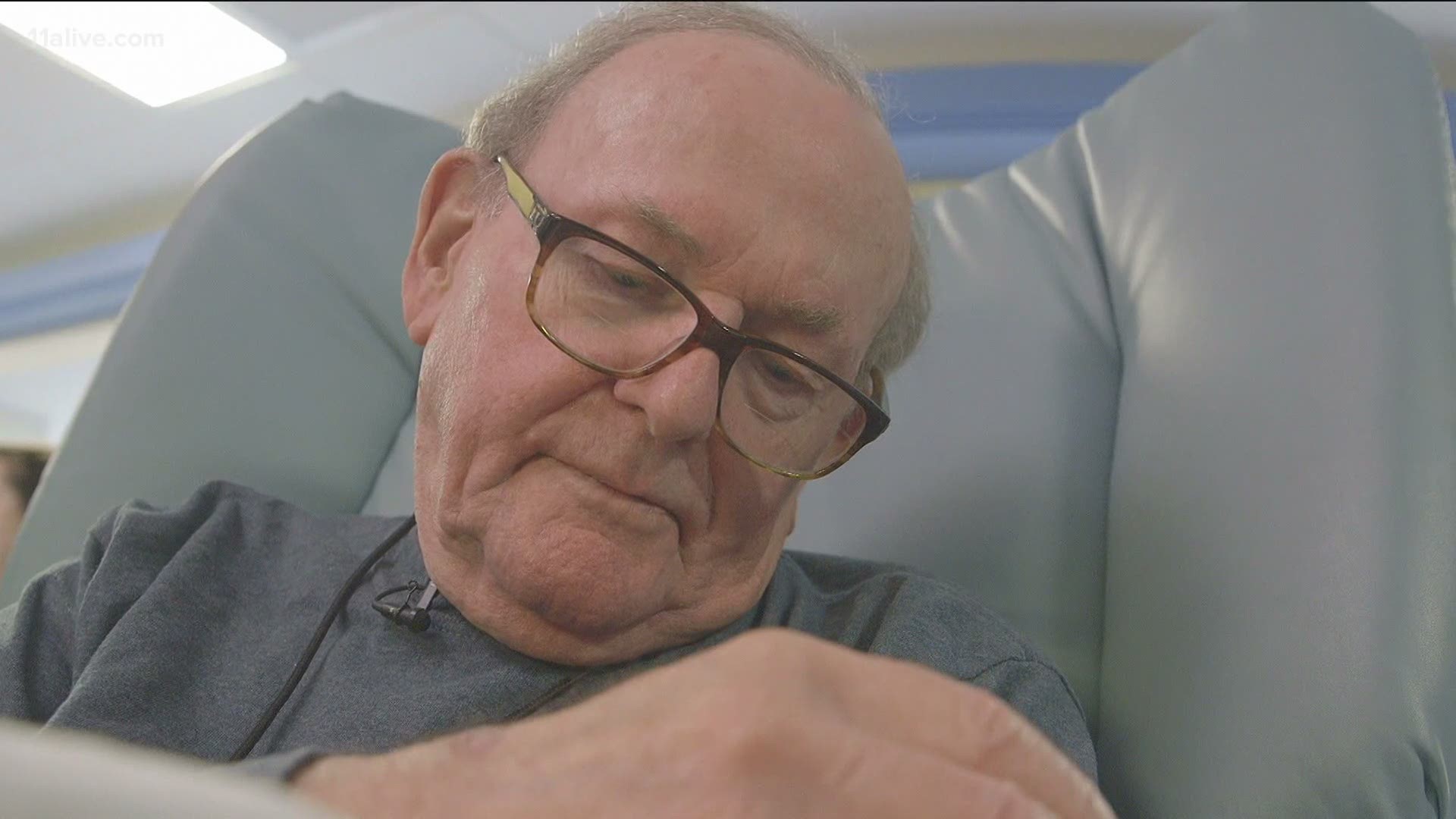 ATLANTA — When he retired in 2005, he started volunteering at Children's Healthcare of Atlanta, making an impact on parents — and the hospital’s smallest patients.

We first introduced you to David Deutchman, also known as "ICU Grandpa," in 2017. He became an instant star when his story was shared around the world.

We learned recently from his daughter that Deutchman has stage IV metastatic pancreatic cancer that is untreatable. He needs all the love and prayers returned to him.

"My heart is heavy and will be forever," his daughter Susan Lilly said. She called him a "special man, a wonderful husband, grandpa, friend, and the sweet ICU grandpa." To her and her sister, Jill, she said he is "our treasured father."

1 / 9
The Children's Healthcare volunteer cuddles the babies too small to leave the NICU. (Kenny Hamilton - CHOA)

To honor Deutchman, a man who volunteered every Tuesday in the PICU and Thursday in the NICU, Children's organized a drive-by parade outside his home for the "hospital legend," they said on social media.

Led by a NICU transport truck, a procession of nearly 30 cars — some carrying Children’s employees, some carrying patients who had been soothed by Deutchman many years ago — honked, waved and shared well wishes as his family gathered in their driveway, the hospital said.

In 2017, the story of our "ICU Grandpa" touched people all over the world. Last week, we learned he has stage IV pancreatic cancer. To honor this legend, our employees organized a drive-by parade outside his home—complete with a NICU transport truck and🚁. pic.twitter.com/NsS5fuFtK2

To top that off, a Children's transport helicopter circled over his home.

The hospital described it as "an emotional tribute to a man who has dedicated his retirement years to watching over our kids."

David's grandchildren told the hospital after the parade: “We didn’t know everyone passing by, but we felt so connected to them. All the kids he’s cared for and the employees he’s formed friendships with — he loves them like they were his own. And we felt that same love from them today.”