A Columbus married couple launched Second Date Social about one month ago. The service offers members access to social events while vetting everyone with a background check.https://seconddatesocial.com/ 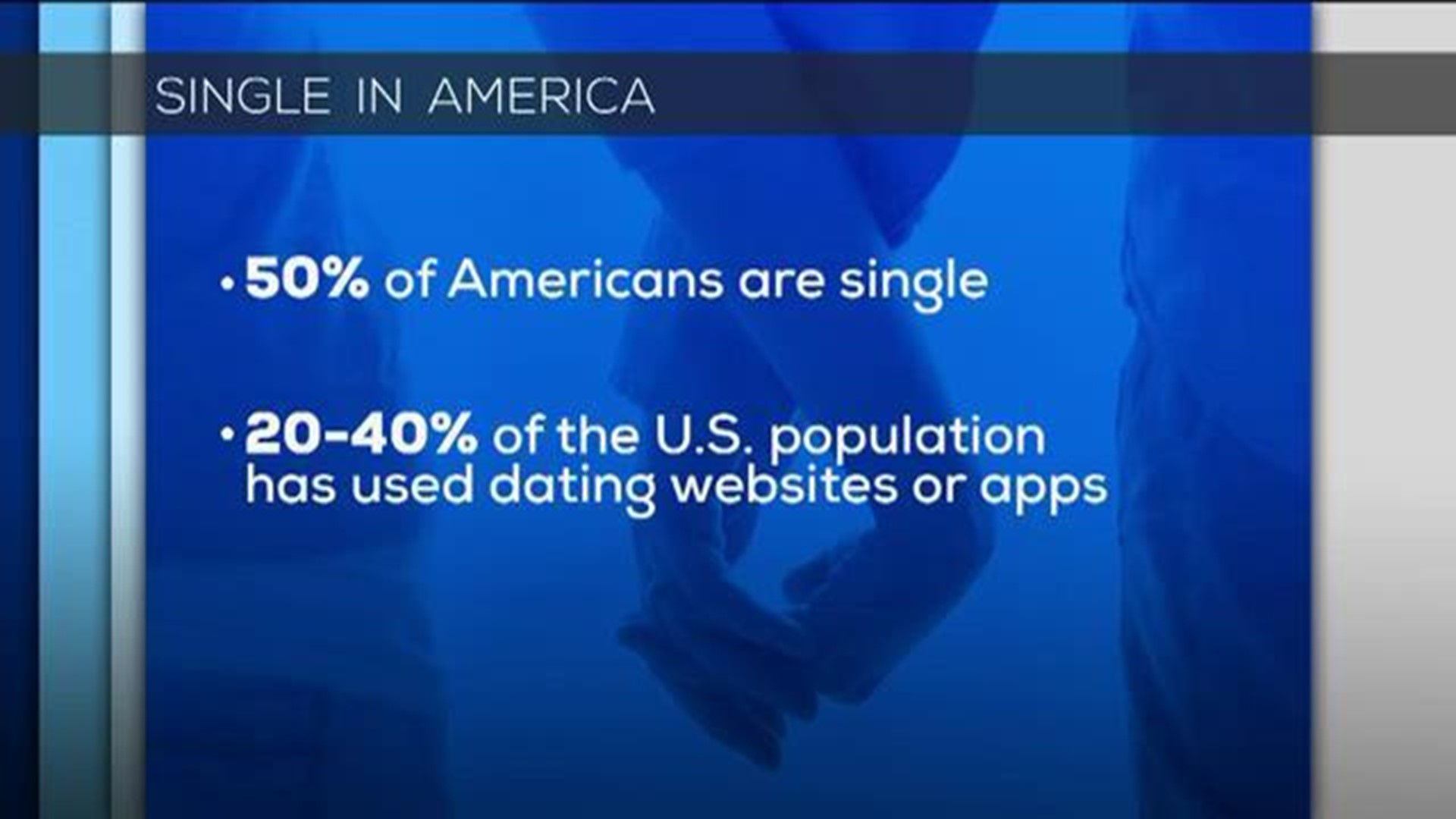 COLUMBUS, Ohio — They call it a new concept with a traditional approach.

"With Second Date Social, we wanted to take that new approach of creating a membership organization instead of just creating another platform for swiping left or right because, while dating apps are available and convenient, they’re also not easy," Grosso said.

He founded the Columbus Young Professionals Club nearly 15 years ago and spent time on the singles scene himself. Along the way, he crossed paths with his future wife. But it would be years before they would tie the knot.

Now Grosso is joining his expertise with that of his wife, who has run a successful executive matchmaking business since 2011.

"Online dating really isn’t a match for everyone, so we’re trying to create something where people can meet, and it’s comfortable," Sprouse-Grosso said. "Maybe, with online dating, you don’t sense someone’s personality or vibe through a profile, but you see their photo and read a little bit about them. But, if you were to meet someone in person, it brings an entirely different element to the dating aspect, in the sense that you’re actually getting to know someone’s personality and vibe in person, which, you know, I think is pretty unique, so we’re really excited to be able to offer that."

Second Date Social has its own space in downtown Columbus, where the founders can host social events, classes and even some sporting leagues. But the organization also is partnering with other local businesses to give members an opportunity to visit other hot spots around the area.

Right now, members can sign up for a 6-month or 12-month membership, or go month to month. The full-year membership averages out to $19 per month. All memberships also include a $50 initiation fee, which covers a background check.

"This creates accountability, which is honestly lacking with online dating and apps, so, by doing a thorough vetting process with our members and including a background check in that, we can at least provide the comfort to our members of knowing this is a comfortable space to meet like-minded people and know they’re not married, they don’t have a criminal history, they’re not on a terrorist watch list, you know, anything like that, and I really do think that people appreciate that these days," Sprouse-Grosso said.

The Grossos say they already have nearly 100 members, ranging in age from 20s to 50s. But they expect those numbers and the age range to grow.

"There’s nearly 60 percent of people in Central Ohio who are single, which is actually higher than the national average," Grosso said. "So there’s a lot more single people looking to mingle here in Columbus."

Every so often, the Grossos plan to hold events open to the public as well. The first one is called Single in the City, and it happens Thursday night at the new Moxy Hotel in the Short North. 10TV's Karina Nova is the emcee.