The state hopes it makes drivers look in the mirror, before getting behind the wheel. 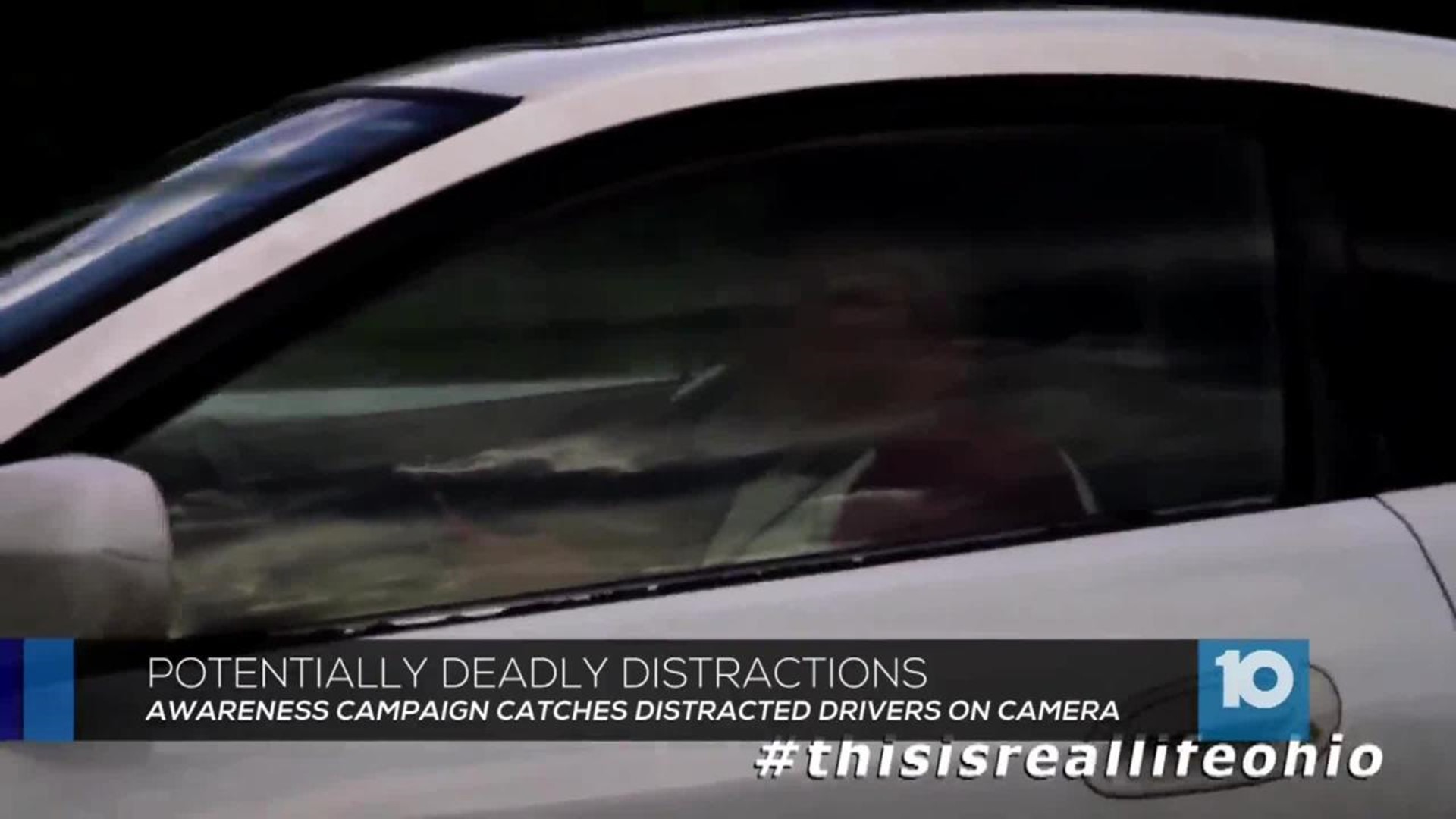 It’s part of a new attention-grabbing campaign against distracted driving in Ohio.

The state hopes it makes drivers look in the mirror, before getting behind the wheel.

Caught on camera: central Ohio drivers doing things they shouldn't be behind the wheel:

And drivers we talked to are not surprised.

"Every day. I see it every day,” said Chris Council.

"I don't think they realize what they're doing,” said driver Diana Younus. “And it's very important."

“The distracted driving issue has continued to get worse,” Lieutenant Robert Sellers of the Ohio State Highway Patrol said.

OHP drove a photographer around central Ohio to capture what he says they see every day.

From 2014 to 2015, the patrol says the number of reported distracted drivers in Ohio rose 11 percent.

Last year alone, more than 13,000 crashes in Ohio had a reported distraction; 39 of those crashes were fatal.

It’s made worse by the fact that's it's almost always preventable, which is why the highway patrol is launching this campaign, urging drivers to look at their actions.

"The public needs to buy into the concept that what they are doing is distracted driving,” Sellers said. “And then actively make a choice not to do that anymore. Distracted driving is no different than operating a vehicle while impaired. It's a poor choice."