The daughter of a woman who died after being stabbed said her mother was attempting to protect her grandchildren. 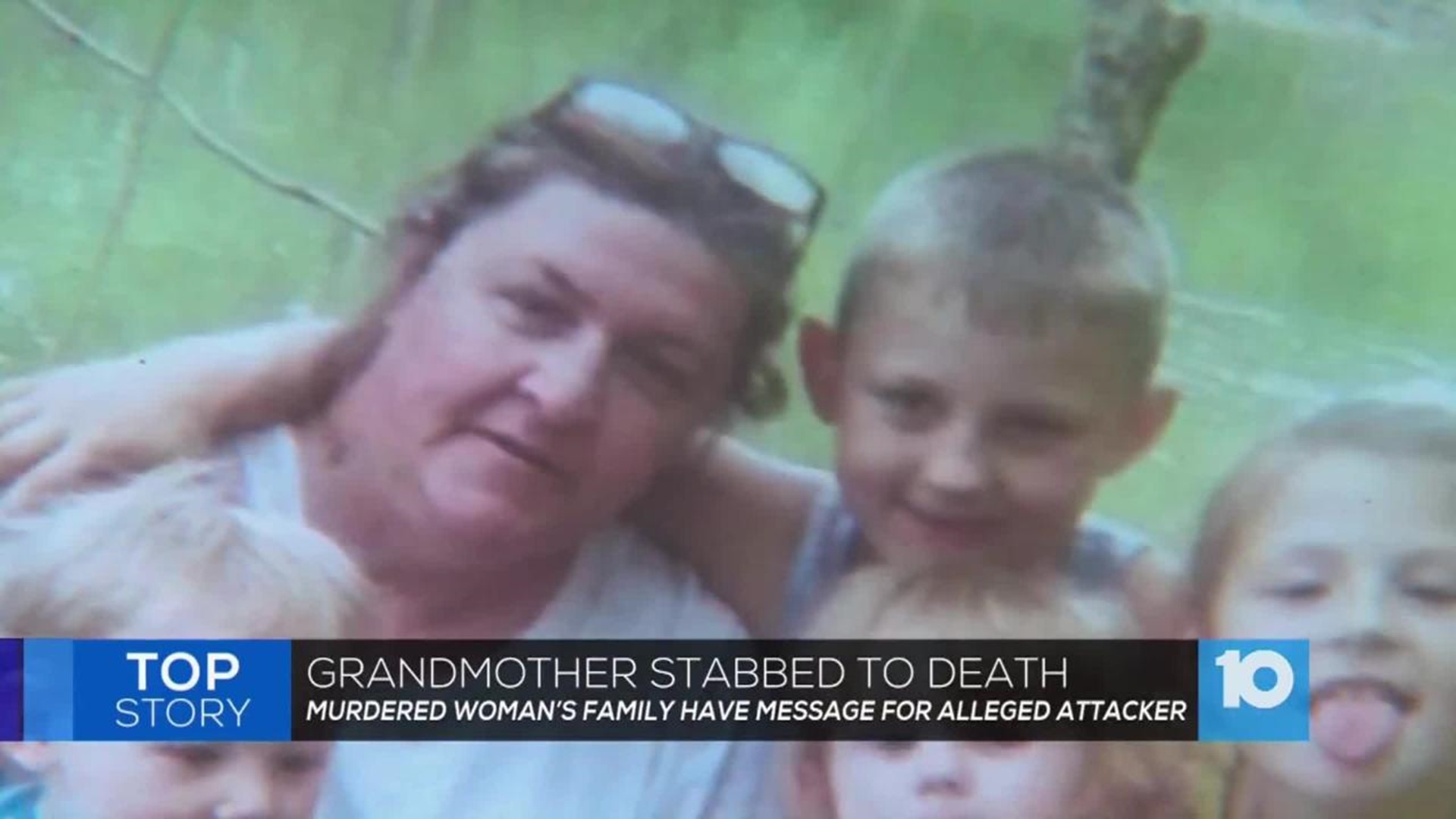 The daughter of a woman who died after being stabbed said her mother was attempting to protect her grandchildren.

“She always said she would die for them and that's exactly what she did,” Amanda Gibson said of her mother, Candy Arthurs. “She's definitely a hero. It's hard because she lost her life but she saved both of my kids’ lives that night.”

Arthurs was stabbed in the chest on June 23 in an alley between N. Oakley Avenue and N. Wayne Avenue. She died five weeks later due to her injuries.

On that night, police say Kristopher Amos asked Arthurs’ grandchildren to help him look for his missing drone in the alley.

Arthurs confronted Amos when she learned her grandchildren were with him. That’s when Amos pulled out a knife and stabbed her and her 7-year-old grandson, according to police.

“My son and my daughter ran into the house and screamed ‘call 911!’” Gibson said.

Gibson said her mother collapsed at the front door. She asked her who attacked her and acknowledged it was the man in the alley.

Amos had lived in the neighborhood for years but neighbors said they weren’t aware that he is a Tier 1 sex offender. He was convicted in 2010 of enticing children in a YMCA shower.

The reason why neighbors were not alerted to Amos’ status is due to the fact Tier 1 offenders are not subject to community notification.

Neighbors who spoke to 10TV said they should have been aware of his status due to the amount of children in the neighborhood.

Meanwhile, Gibson has a message for the man who took her mother's life.

“I hope he rots in jail and that he never sees the light of day again and that he knows how it feels to lose his life,” she said.

Gibson said her 8-year old daughter, who was also in the alley when the attack happened, was not injured. She added that her 7-year-old son who was stabbed has recovered physically, but not emotionally.

“He’s very traumatized,” she said. “We're trying to get him in counseling now because he won't come out at night. If I come walking through the house at night he'll come and grab and be right on my side.”

Amos is now facing one count of murder and two counts felonious assault. On Thursday, a judge set his bond at $2.5 million.

The family has set up a GoFundMe page to pay for Arthurs’ medical bills and funeral arrangement.