A fire in Louisiana following a hurricane shutdown a major chlorine production facility. Pool owners now be caught in its wake. 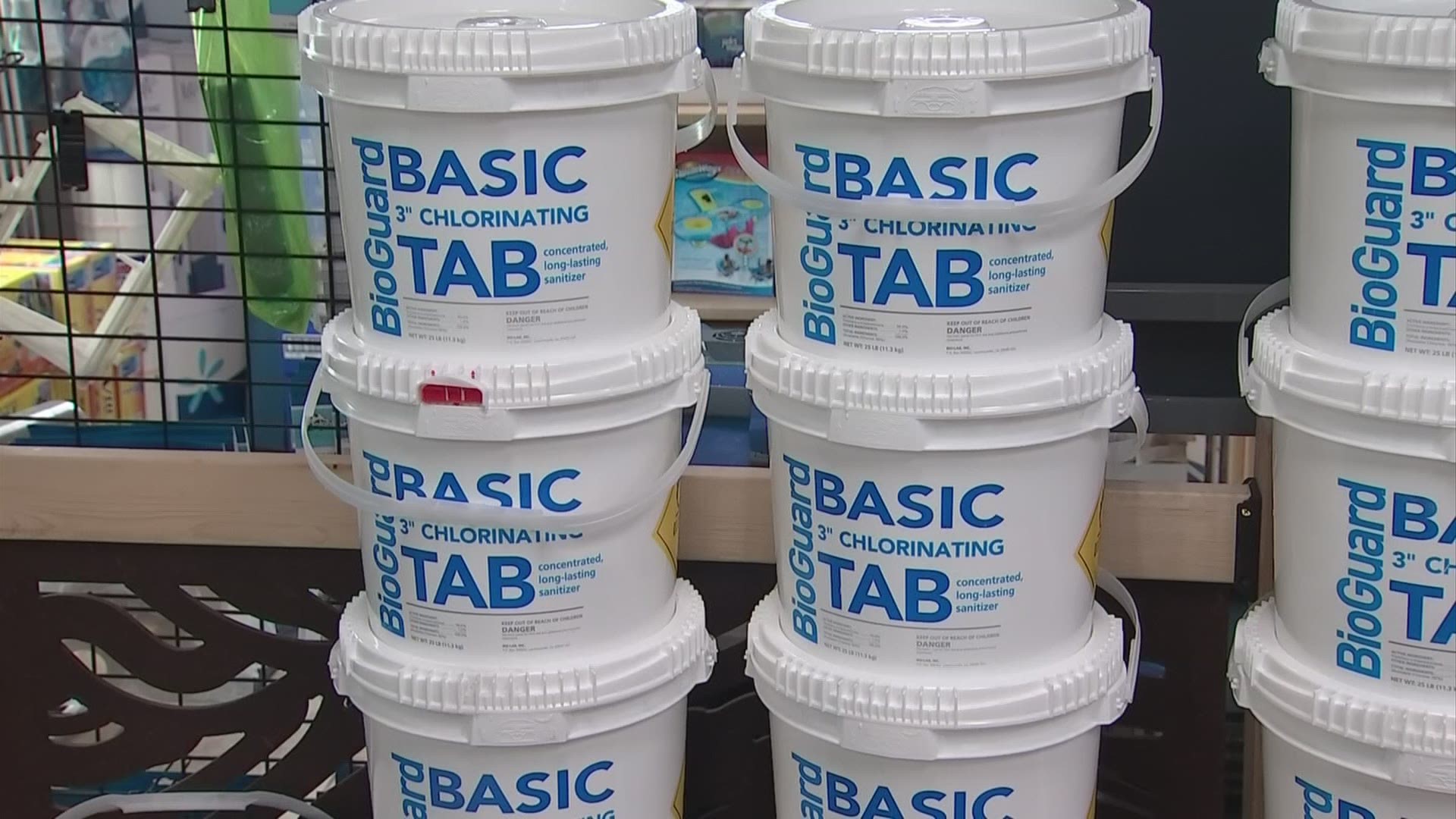 Pools will soon be filled with swimmers, but it may be lacking chlorine.

A fire at one of the country’s main plants for pool and spa supplies in Louisiana, following Hurricane Laura’s landfall last year, is causing a shortage of chlorine, and Trichlor tablet products.

“They all came in and we had lots of calls,” said Charlotte Lambert, co-owner of Commercial Pools in Columbus and Grove City. “Trichlor tabs are a real problem getting ahold of right now.”

Lambert was alerted by a distributor that a chlorine shortage may be on the way.

“They said be sure to get everything ordered that you can and we were allowed to order what we did last year. No more than that,” said Lambert. “The thing is now when we are out, we’re out, and they don’t know when they will be able to replenish it.”

She says Monday was one of their busiest days ever.

“I hope it doesn’t turn into the toilet paper and paper towel rush. You only need what you need for a season. No need to hoard it.”

Melinda Kilboy, who lives in Columbus, plans on opening up her pool this week and heard about the shortage.

“I needed to count my tablets see what I needed for the rest of the year and that’s what I bought,” said Kilboy.

Lambert says there are other products you can use to lessen chlorine use in pools.

Trevor Kowalski converted his chlorine pool in Upper Arlington into a saltwater system. He says it costed more up-front, but he is now seeing the savings, and is unaffected by the shortage.

“I figured it out, about $800 a year with the saltwater,” said Kowalski. “It’s better for your skin, your bathing suits don’t rot out and you float better. It’s just all away around better for your pool.”

10TV reached out to Columbus Parks and Recreation Department to see if public pools have been impacted. A spokesperson says they haven’t experienced any issues ordering chlorine and there has been no indication any orders will not be fulfilled.