Nationwide Children's Hospital has the goal of hosting at least one clinic for every district to provide the Pfizer vaccine for students 16 and older. 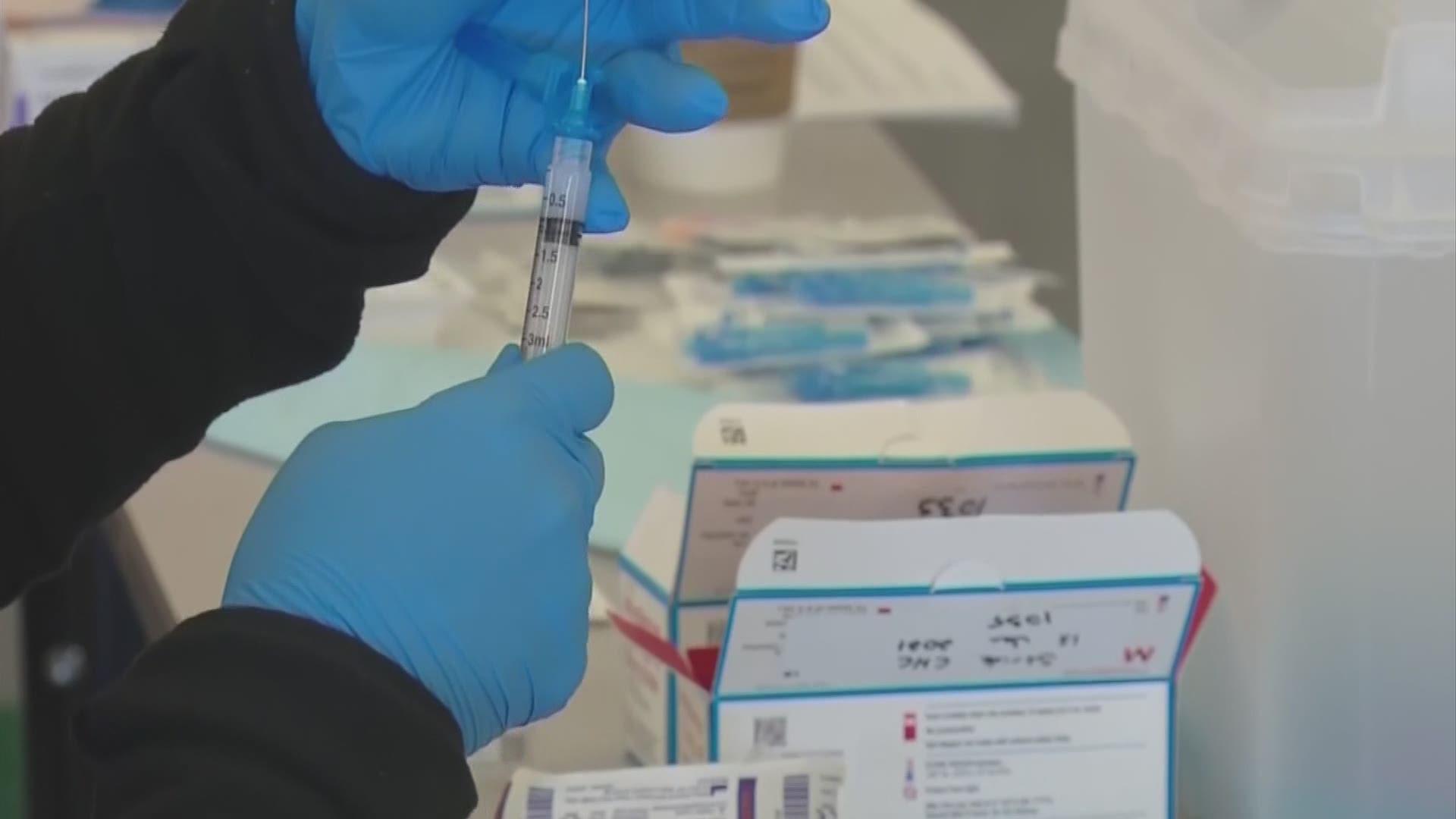 WESTERVILLE, Ohio — Angie Heath's story will sound familiar to many; She and her husband both work full time, so searching for a vaccine appointment for her 16-year-old daughter, Rosalie, has been daunting.

“I've been really frustrated to run into barrier after barrier," Heath said.

Rosalie is the only member of their family who has yet to be vaccinated. In Ohio, she has been eligible for more than a week now, but her mom said those appointments are hard to find.

Then, this week, Heath got an e-mail from her daughter's school district. She's a sophomore at Westerville Central High School. She learned she could fill out a consent form and her daughter could be vaccinated at school with the Pfizer vaccine, the only one FDA-approved for teens 16 and older.

This is part of a larger effort to get teens' vaccines coordinated by Nationwide Children's Hospital.

“Our goal is actually to host at least one clinic at all of the Franklin County public districts and right now we still have a few more to confirm but it looks like we're going to meet that," said Tifini Ray, Care Connection project manager at Nationwide Children’s Hospital.

Starting this week, clinics will be held in Westerville and Worthington.
Then next week, clinics will begin at Grandview Heights, the Catholic Diocese of Columbus, Gahanna-Jefferson, Hilliard, Upper Arlington, Eastland Fairfield Career and Technical, and KIPP Columbus.

10TV reached out to Columbus City Schools and they said they will also be participating:

“The District is partnering with Nationwide Children’s Hospital on a plan to provide COVID-19 vaccinations to students 16 and above who wish to be vaccinated. We’re still working out the details; once we have finalized plans, we’ll inform families of their options for getting the vaccine into the arms of their student (s) over the age of 16. I don’t have any additional information at this time.”

For some parents like Angie Heath, it's about more than saving time.

“We jumped at the opportunity for our district to help make that happen during the school day so we didn't have to take any time off work to try and keep her safe," Heath said.