'She wasn't able to call for help': Mother, Columbus doctor warning parents of furniture not attached to wall

“it’s something we have to pay attention to,” said Dr. Nkeiruka Orajiaka, a pediatrician at Nationwide Children’s Hospital 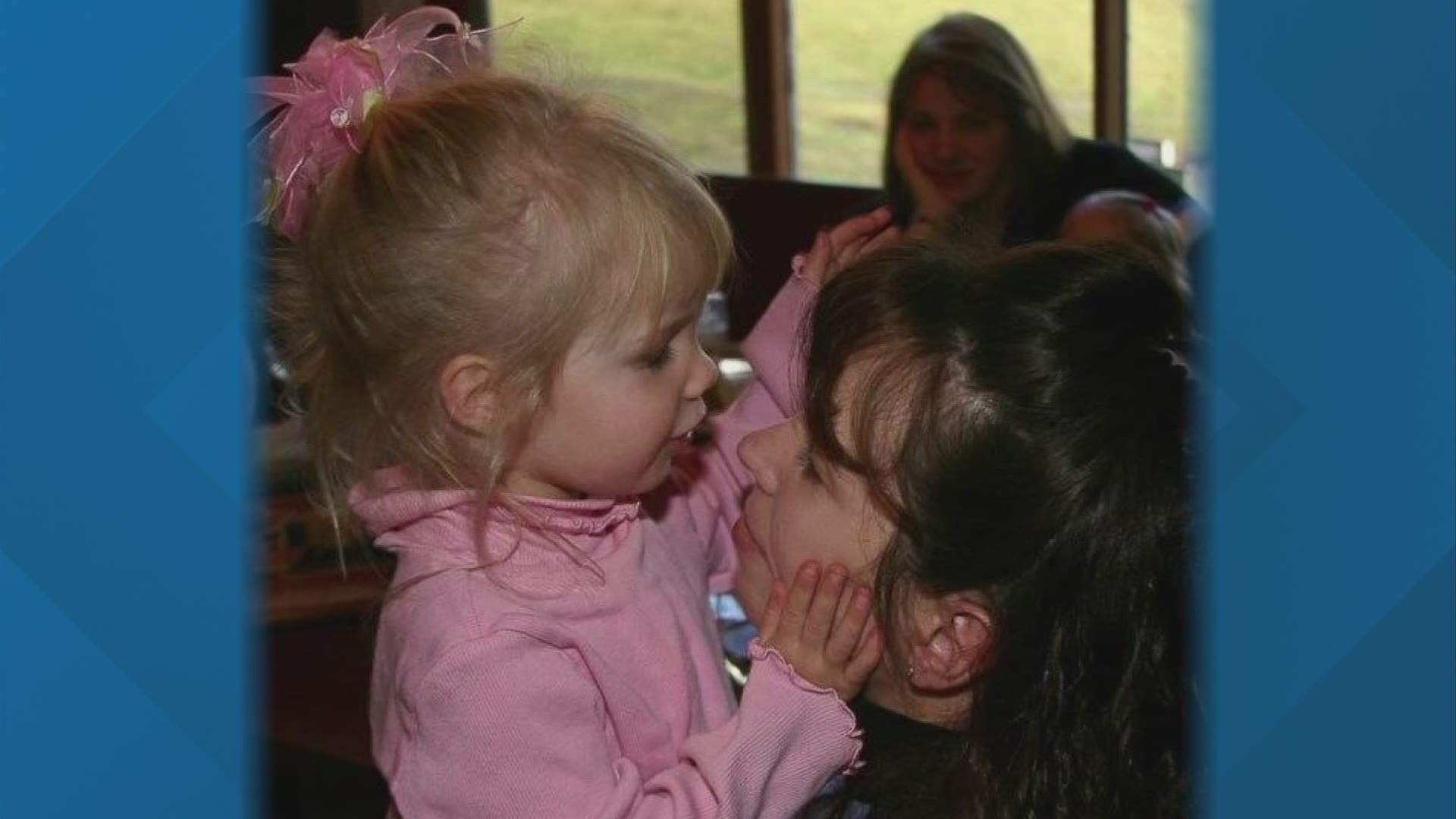 COLUMBUS, Ohio — With parents working from home, it’s difficult to watch a child’s every move and furniture in your home can pose a serious risk.

A pediatrician at Nationwide Children’s Hospital says it’s something parents must pay attention to and need to take steps to minimize the risk of injury, or even death.

“She was a character. She absolutely adored everything,” said Kimberly Amato about her daughter, Meghan. “She was my youngest by four minutes. She was a twin.”

Amato lost her little girl to an accident involving a piece of furniture in the three-year-old’s bedroom, 16 years ago. It was an incident she said could have been prevented.

“She wasn’t able to call for help,” she said.

Meghan was crushed and killed by a dresser in their Massachusetts home. She had somehow tipped it over in the middle of the night while the rest of her family was sleeping.

“Her dresser had fallen on her and she was unable to cry, and we couldn’t hear it fall,” Amato said. “And come to find out this is a very common tale.”

According to the latest report from the U.S. Consumer Product Safety Commission released last week, from 2017 to 2019 an average of 11,100 kids each of those years were hospitalized.

In a 19 year-span, 451 kids were killed. Those numbers are only what’s reported to the CPSC – so the actual numbers could be much higher.

“Everyone just wants to buy furniture and move it into the house. That’s it,” said Dr. Nkeiruka Orajiaka, a pediatrician at Nationwide Children’s Hospital. “So it’s something we have to pay attention to especially old furniture especially ones that are not very sturdy.”

Dr. Orajiaka says with more people spending more time at home and are working at home during the pandemic, there’s a chance those numbers of injuries could increase. And that’s why parents need to act in their own homes.

To find her way forward, Kimberly Amato started Meghan’s Hope, an organization to raise awareness and save lives. She is also a founding member of the national coalition Parents Against Tip-overs.

“My burning desire was to make sure this didn’t happen to anybody else I knew,” Amato said.

In the next few weeks proposed legislation called the Sturdy Act is expected to be reintroduced in the House and Senate.

It had bipartisan support in the last session of congress passing the House but never moved to the Senate when the pandemic hit.

It’s meant to force the Consumer Product Safety Commission to strengthen tip-over safety standards for dressers and other furniture.

"My burning desire was to make sure this didn’t happen to anybody else.” Kimberly Amato's 3-year-old daughter was killed when a dresser fell. A Nationwide Children's Hospital pediatrician says this risk is something "we have to pay attention to." Story at 6 #10TV pic.twitter.com/sjPi8PHA7B