With more teens vaping, pyschologist warns parents what to look out for

Now, according to the Centers for Disease Control and Prevention, one in four teens has vaped. 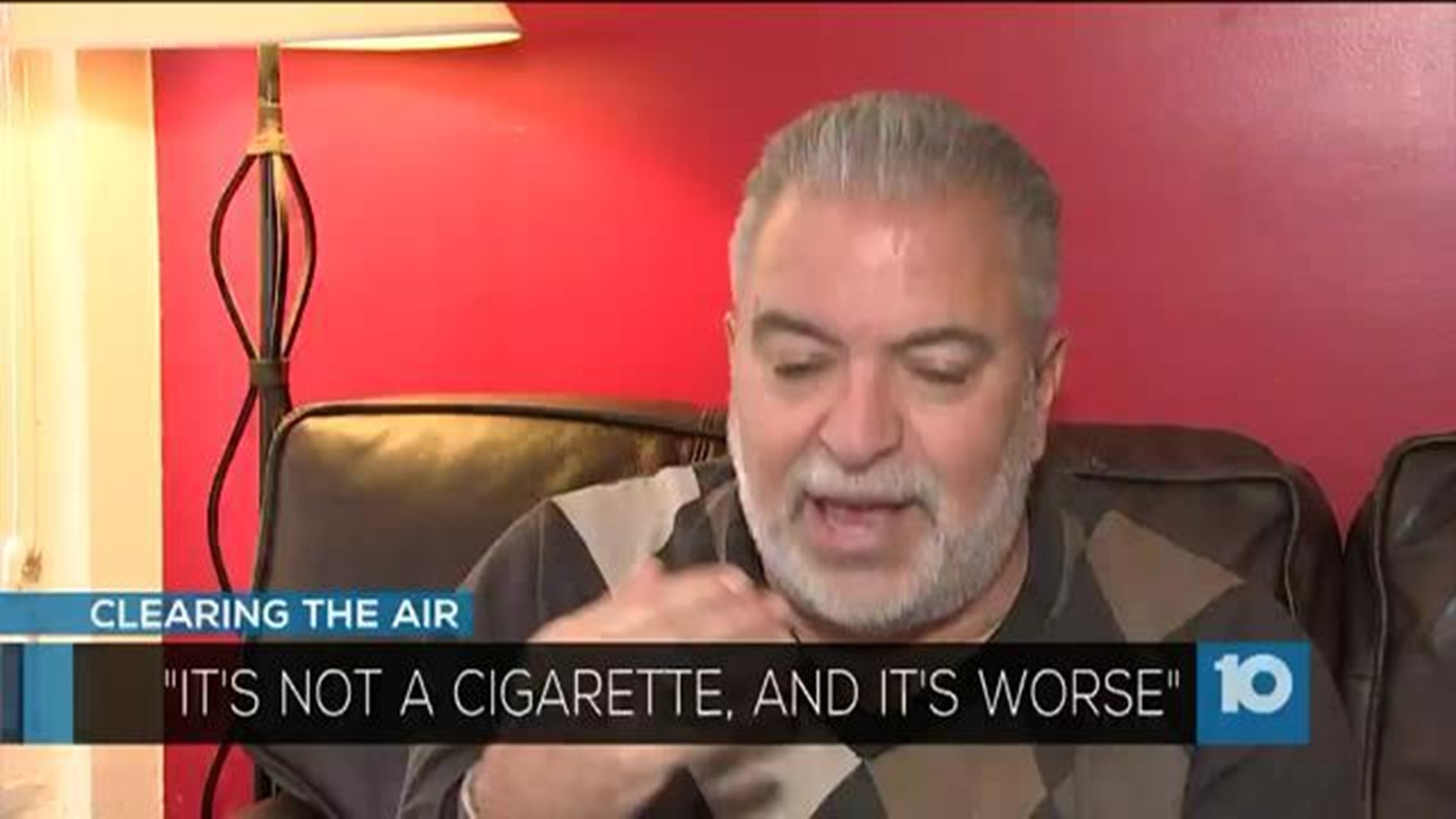 One in five teens admitted to using an e-cigarette last year. This year, that number has only grown.

Now, according to the Centers for Disease Control and Prevention, one in four teens has vaped.

“You are playing with dynamite with this stuff,” said psychologist Dr. David Lowenstein.

Vaping, or e-cigarettes, grew in popularity as what some thought was a healthier alternative to cigarettes.

“We've got people dying of vaping that haven't vaped that long. It's not like they've smoked cigarettes for 25 years and they get lung cancer,” said Dr. Lowenstein.

A federal survey shows nearly 30 percent of high school students have used an e-cigarette in the past 30 days.

“You are the exception — almost — in high school if you are not vaping,” Lowenstein said.

As a parent, how do you know if your teen is vaping? Dr. Lowenstein says it's harder to detect than marijuana or alcohol because there aren't any obvious signs or smells.

“I think you have to assume that your child is either almost tried it, going to try it, knows it's out there. Kids will talk about it in high schools, how much it's being used,” he said.

Look for vape devices that can look like a USB drive. Others resemble pens, markers and watches. Your teen may have mood changes, be short of breath or smell like sweet fragrances. The most common flavors are fruit, mint and menthol.

“A lot of kids assume it's not a cigarette, so it's no nicotine, and it's watermelon flavored. Watermelon is good for me,” Dr. Lowenstein said.

Lowenstein says it's important to talk to your teens about the dangers.


Lowenstein says have an open talk with your kid where it doesn't seem like a punishment, but give them the information they likely aren't getting from their friends.


“The biggest thing that a parent can do is to keep the lines of communication open. Just because you aren't getting something back, doesn't mean they aren't listening," he said.