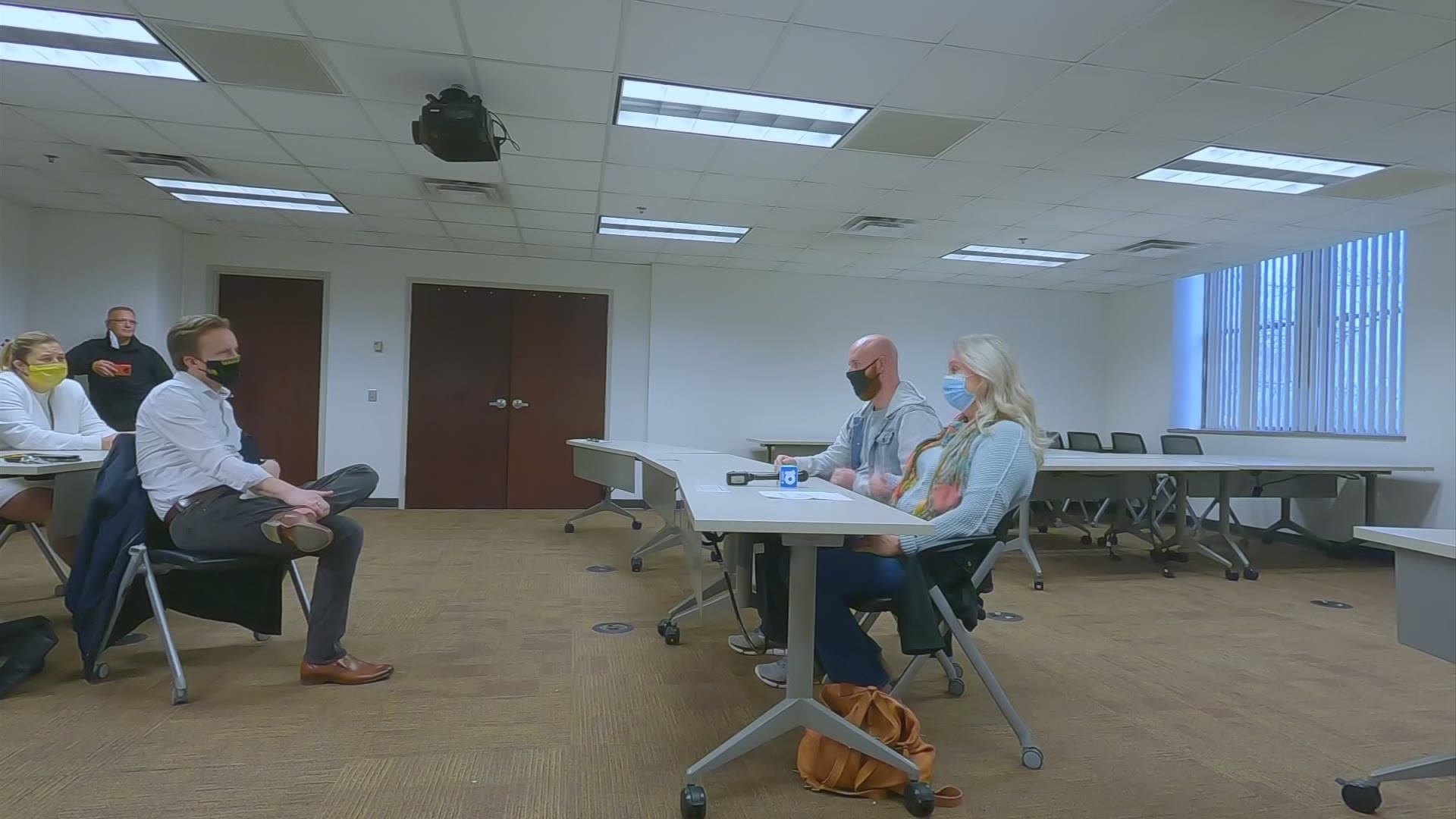 COLUMBUS, Ohio — Credit should be given when it’s due. And, sometimes with credit comes debt.

Denise Jinkens recently wrote a letter to the Franklin County Sheriff’s Office to say thanks.

“My son, Nick, was being transported by myself and his sister,” the letter began. “We ended up having to call 911 as he took off in the car and left us on the freeway.”

Jinkens says she needed to write the letter.

“You always hear people complain when you have bad service, but people don’t as often reach out and say you’re doing a really good job,” she said.

She’s thankful for that day that she and her daughter were driving her son, Nick Clemons, from Florida to a mental health facility in Ohio.

It was the day Nick’s life changed.

“Things that were not reality is what I thought was reality,” Nick said. “I have a whole different reality in my head of what was going on.”

Diagnosed with bipolar disorder and schizoaffective disorder, Nick began having delusions and paranoia.

They were on Interstate 270 in Franklin County when his sister pulled the car over.

Nick hijacked the vehicle and left his sister and his mother on the side of the road.

“The police that arrived on the scene were amazing,” Jinkens wrote in her letter. “They were compassionate and treated us and my son with the utmost humanity.”

Members of the Franklin County Sheriff’s Office Community Intervention and Diversion Unit, or CID, showed up.

Specialized training for deputies allows for a better understanding when dealing with calls surrounding suspects and mental health, helping them get to treatment, not jail.

“Being able to talk, being able to dial it down and you can see a lot of the police reform suggestions are a unit like this,” Franklin County Sheriff Dallas Baldwin said.

“Out of that number only six people had to go to jail and that was because they had warrants that couldn’t be bypassed,” he said.

Baldwin also points out that out of all those calls there was never an injury or assault on deputies or clinicians.

One of those calls came on July 20 and it was for Nick Clemons.

“They were all very calming and reassuring [saying] ‘Don’t worry, we’re going to find him’,” Jinkens said.

Nick drove to the New Albany police station, an area where he grew up, went to high school and was even the homecoming king. He was picked up there and taken to a mental health facility where he spent the last four months.

“I feel like I do have a purpose,” he said. “And a way to live and people to be thankful for, for everyone who’s helped me.”

Nick and his mother say it was that day that served as the turning point; treating his conditions and not just the symptoms. That day they realized law enforcement is part of the solution.

“You have to have people that are well-trained that understand when someone’s having a mental episode,” Jinkens said. “It’s different than a criminal episode.”