Joe Nishimoto and his brother-in-law both volunteered for military services and enlisted in Columbus and were assigned to the 442nd Regimental Combat Team. 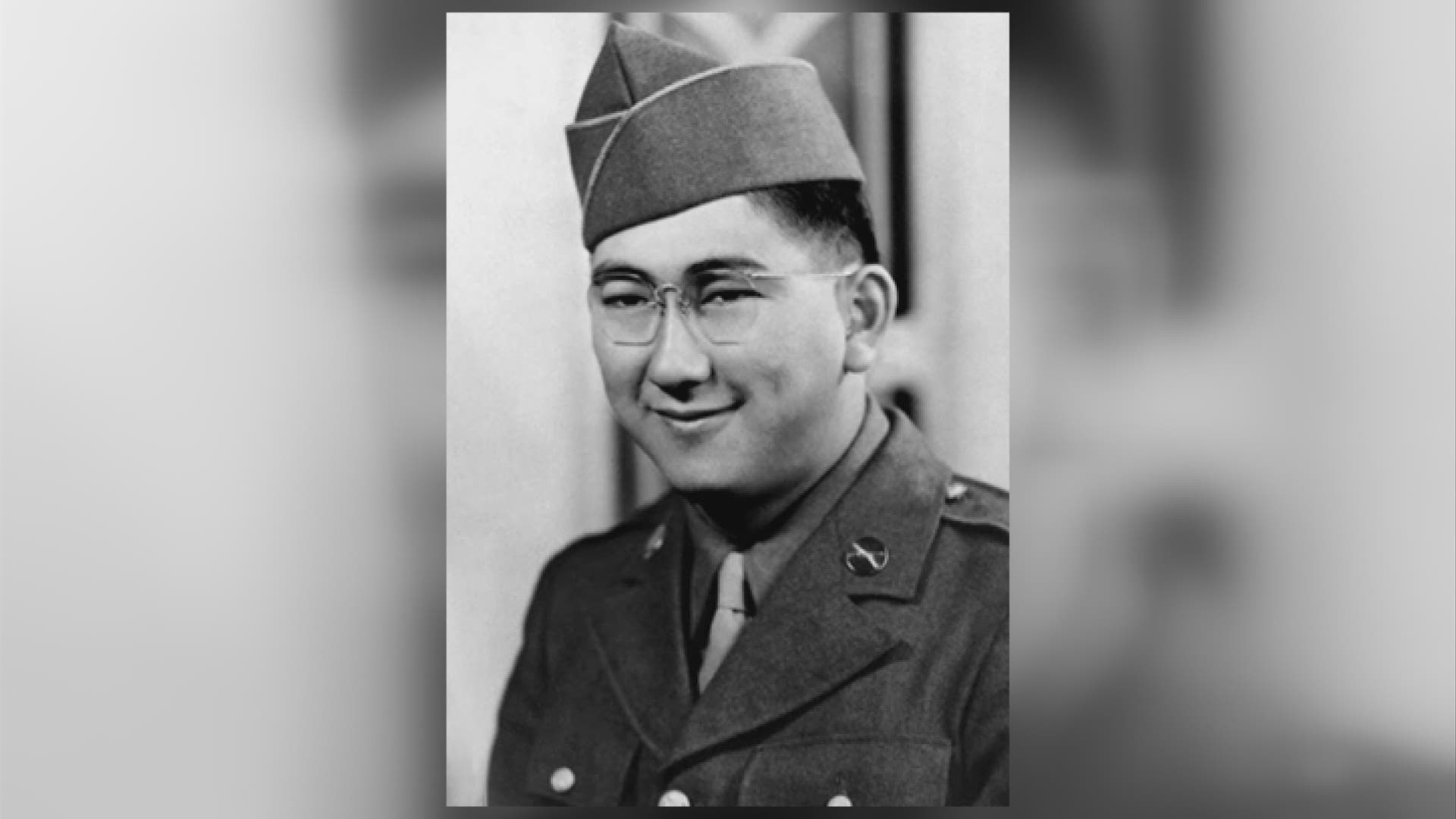 The Ohio Department of Veteran Services’ communication team has been working hard this year to highlight and share stories of veterans who are Medal of Honor recipients, especially if they are from Ohio.

The team was looking for veterans to honor Asian and Pacific Islanders Heritage Month in May. While doing some digging, they came across a veteran who lived in Marion, Ohio.

His name is Joe M. Nishimoto.

“He was interned during the beginning of the WWII period and was brought to the Midwest, actually in Arkansas and a brother-in-law of his said no no, I’ll vouch for him, he can come live with my family in Marion, Ohio,” McCarthy said.

Sean McCarthy, the assistant director of the department, said he may have been overlooked for being recognized in their systems, because his residency didn’t say Ohio.

Nishimoto and his brother-in-law both volunteered for military services and enlisted in Columbus and were assigned to the 442nd Regimental Combat Team.

“The 442nd was made up almost entirely of Japanese Americans, and they fought in the European Theatre, they are the single most decorated unit in the U.S Army during WWII, despite the fact that they had an extraordinary number of recognitions,” McCarthy said.

Nishimoto himself was previously awarded the Distinguished Service Cross.

“It would be so easy for someone in his position to think this is not a country that respects him, at the beginning of WWII America made the decision to intern Japanese Americans because they were concerned about their loyalty, Mr. Nishimoto and his brother in-law-law volunteered for military service, saw some of the most difficult combat in the war distinguished himself beyond all possible recognition,” McCarthy said.

The assistant director said he ultimately paid with his life six days after the event that would lead to his Medal of Honor.

The department’s mission is to support the Ohio Veterans Hall of Fame. Every year, they receive hundreds of nominations recognizing Ohio veterans for their accomplishments and contributions after serving. Out of the hundreds of applicants, only 20 are selected.

Mr. Nishimoto never had the chance. McCarthy said the Medal of Honor is a special category within the nominations.

“Mr. Nishimoto has not previously been inducted into the Hall of Fame, it is certainly our hope that he is considered this year, the only reason I think he was overlooked in years past is because he didn’t have period of Ohio residency before his military service,” McCarthy said.

Anyone is able to nominate a veteran, whether that’s a family member, friend or community member. Applications can be found here.