It reaches into every neighborhood of the city. That's how Mayor Andrew Ginther describes the opioid epidemic that has a tight grip on Columbus. 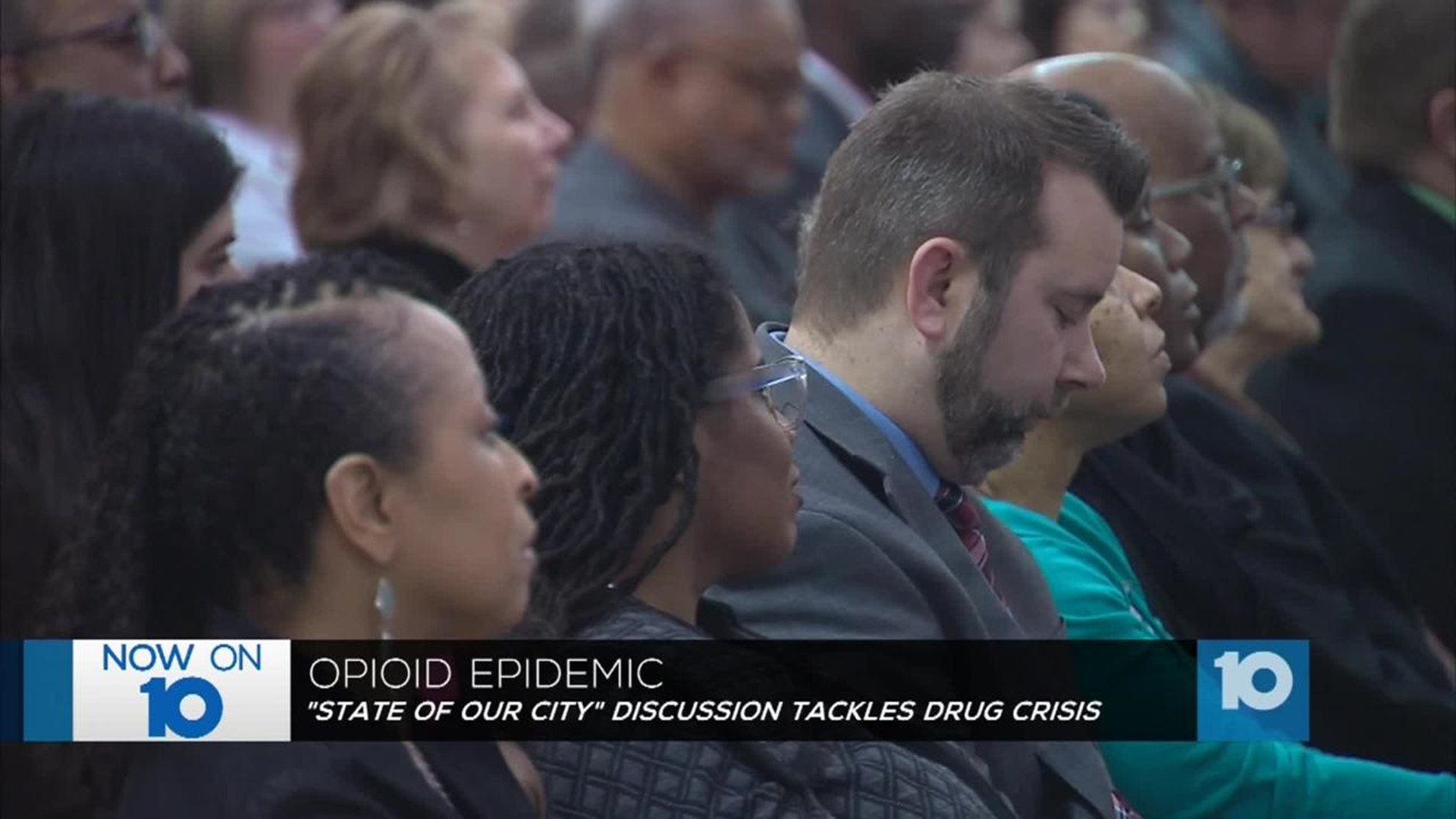 It reaches into every neighborhood of the city.

That's how Mayor Andrew Ginther describes the opioid epidemic that has a tight grip on Columbus.

How to beat it was a topic of discussion Tuesday night at his "State of Our City" community conversation.

"The ravages of the opioid crisis reaches all corners of our city. From families, to schools, to businesses," Mayor Ginther said.

It's no surprise to the people who came to the J. Ashburn, Jr. Boys & Girls Club, that the opiate crisis dominated the conversation.

"It's much needed on the west side addressing the opiate and infant mortality rate," Victoria Settler said.

"These are teenagers, these are elderly patients. I've had an overdose of an 80 year old person," Emergency Medicine Physician at Grant Medical Center Dr. Laura Espy-Bell said.

The information gave some perspective to neighbors who sat in on the second of Mayor Ginther's "State of Our City" community conversations.

"It's opened my eyes to a lot of things that normally I would overlook," Deba Uwadiae said.

A panel of doctors and community leaders fielded questions about public health and Celebrate One, an agency working to reduce the city's infant mortality rate.

Issues, experts say, are all connected to an epidemic.

"This disease is affecting all of us. We're fortunate to live in a great community. There are a lot of great things going on in this community, but we do have some issues that we need to work out with this disease," CEO of Maryhaven Shaw Holt said.

People who work in the community agree, but say more than conversation is needed to make a change.

"We can have the conversations day after day but if there's no action the cycle is going to keep repeating," Settler said.

Because this epidemic reaches beyond Columbus.

It's everywhere and talking about it is just a start.

"I had a kid that work with me, his aunt overdosed on drugs," Settler said.

The next 3 neighborhood conversations are as scheduled: