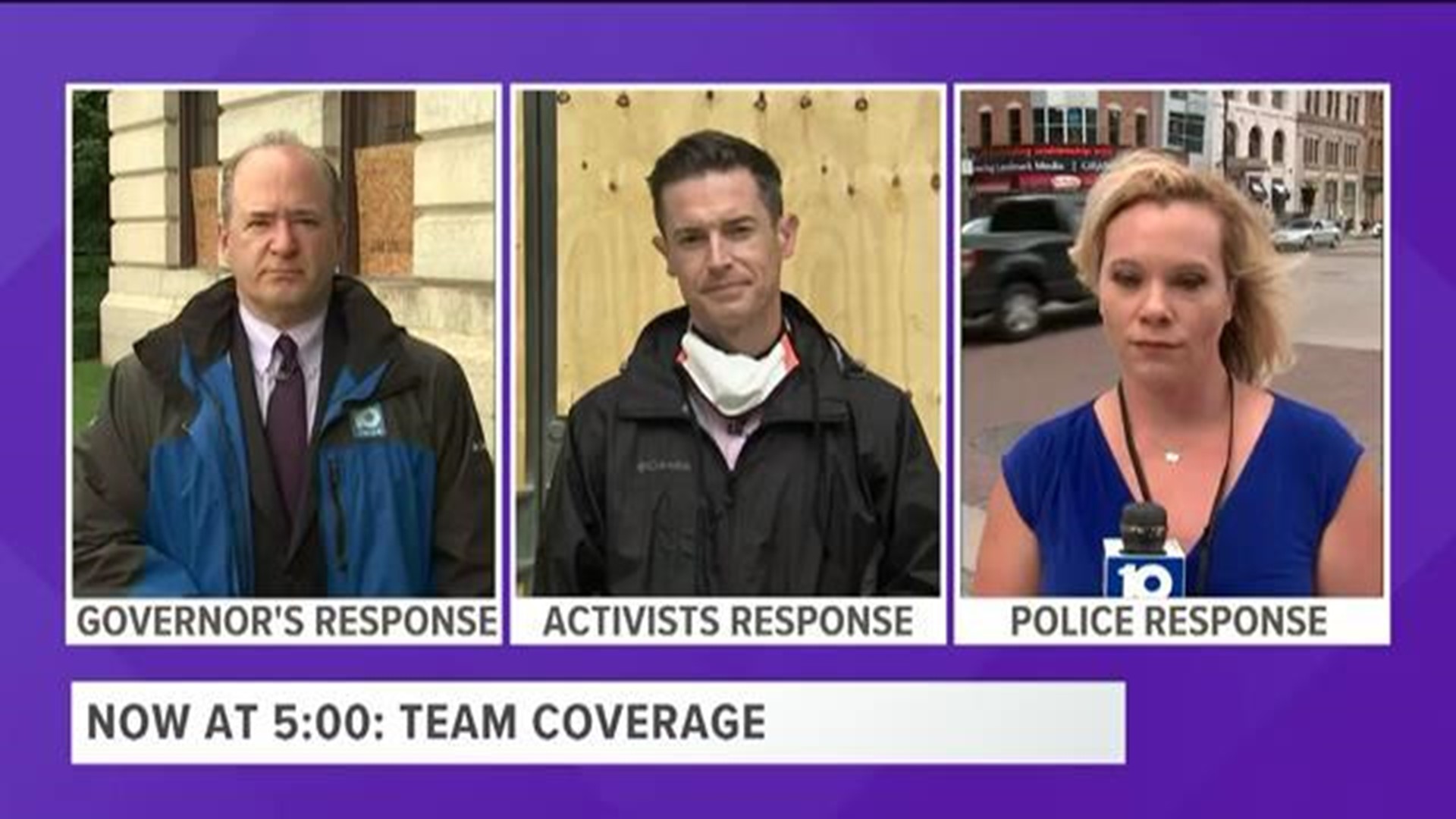 As crowds gathered in downtown Columbus Thursday night, tempers started rising to a point where they eventually erupted.

“It started with the video I took on the left-hand side of the street. The guy was just yelling off his face, like a lot of people were doing. He pushed him aggressively. I wouldn’t say punch. That was the first mace that went out,” Bryan Battle, Jr. said.

Battle is a criminal justice major and was standing next to the police line.

“Once you took angry people out now that they are maced and can’t see, it’s just throwing gasoline on the fire,” Battle explained.

We took that video to Columbus Mayor Andrew Ginther. He applauded Columbus police officers for their restraint.

“Obviously the other officer used pepper spray to get that protester to back off. I think that’s a very isolated incident, both on behalf of the protester and the officer’s response. That’s obviously something I want the chief and others to take a look at,” Ginther said.

We reached out to Columbus Police Chief Thomas Quinlan for comment. Quinlan would not give us an interview to answer questions.

Ginther says he encourages peaceful protests, but will not tolerate destruction.

“It’s not acceptable. Peaceful protest is encouraged and welcomed. We want people to be part of the solution,” Ginther said.

Battle says if there are more protests, he will be back out there, with his camera.

“My point is to keep it peaceful," he said.