It was another day of peaceful protests in Columbus as demonstrators walked side-by-side with the mayor and police Tuesday night. 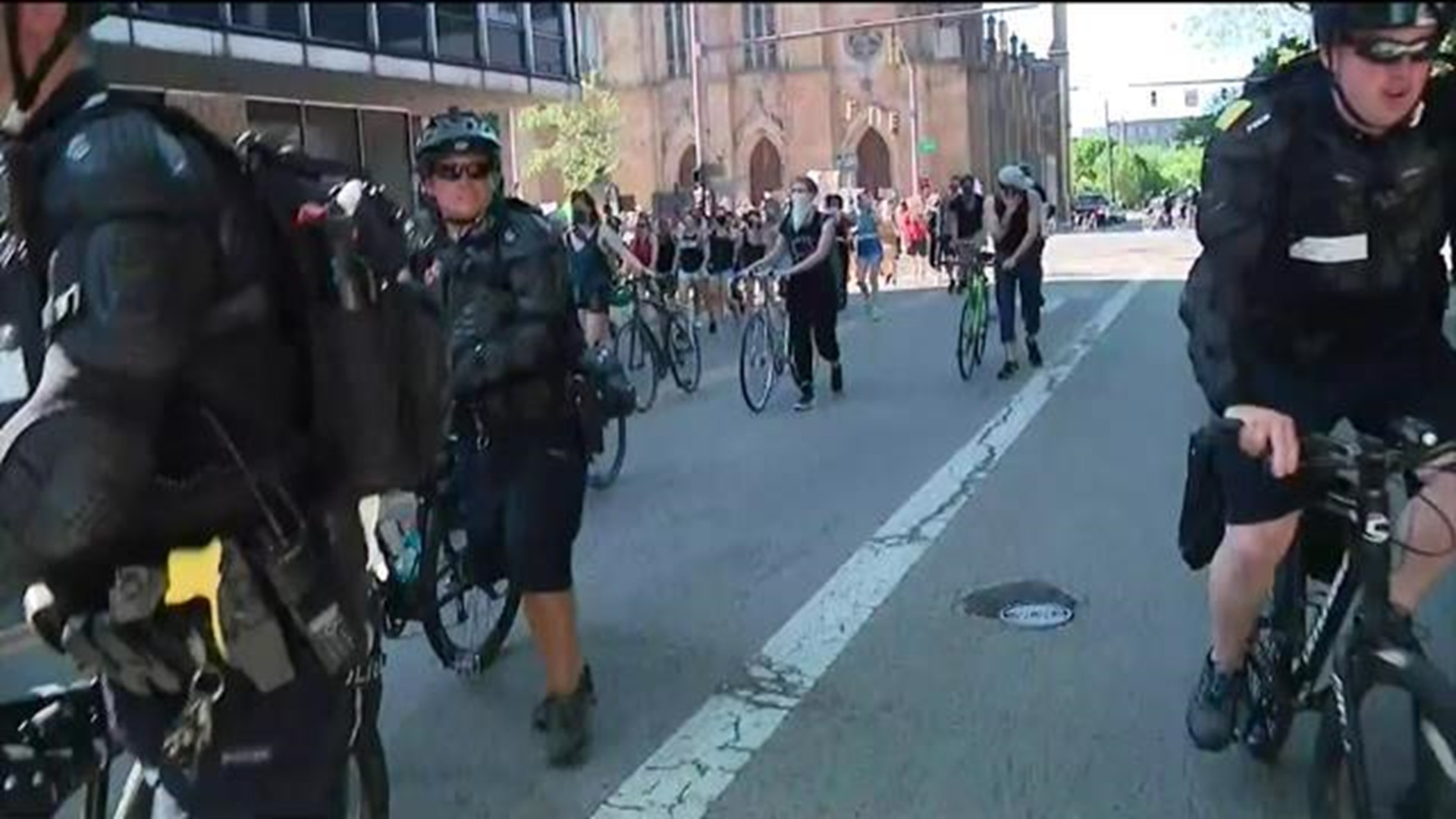 COLUMBUS, Ohio – It was another day of peaceful protests in Columbus as demonstrators walked side-by-side with the mayor and police Tuesday night.

The day marked the sixth-consecutive day that people gathered downtown to protest police brutality including the recent death of George Floyd in Minnesota.

For a second straight night, Columbus Division of Police Chief Thomas Quinlan and other officers were out with protesters.

Quinlan walked up and down High Street and spoke with protesters. He wanted to hear their reason for being at the protest and how his department can work on relationships with the community.

He said the department supports the peaceful protests, but he added he didn't come talk to the protesters the first couple of nights because there was so much violence.

“What I want to do is make sure I actually hear the personal stories and have the call to action,” Quinlan said.

Along with police, Columbus Mayor Andrew Ginther walked in unison with the protesters.

He said he has felt the pain, the suffering and the frustration in the past couple of days that protesters are feeling.

"I think because of these protesters, there's a sense of urgency for action that I think is going to help us make the changes that we've been working on for years and years,” he said. “People are tired of talking, they're tired of studies, they’re tired of recommendations they want change and they want action and I think this movement can really help us make a ton of progress in a very short period of time."