The program aims to collect data on the use of guns in crimes and other major incidents across multiple jurisdictions. 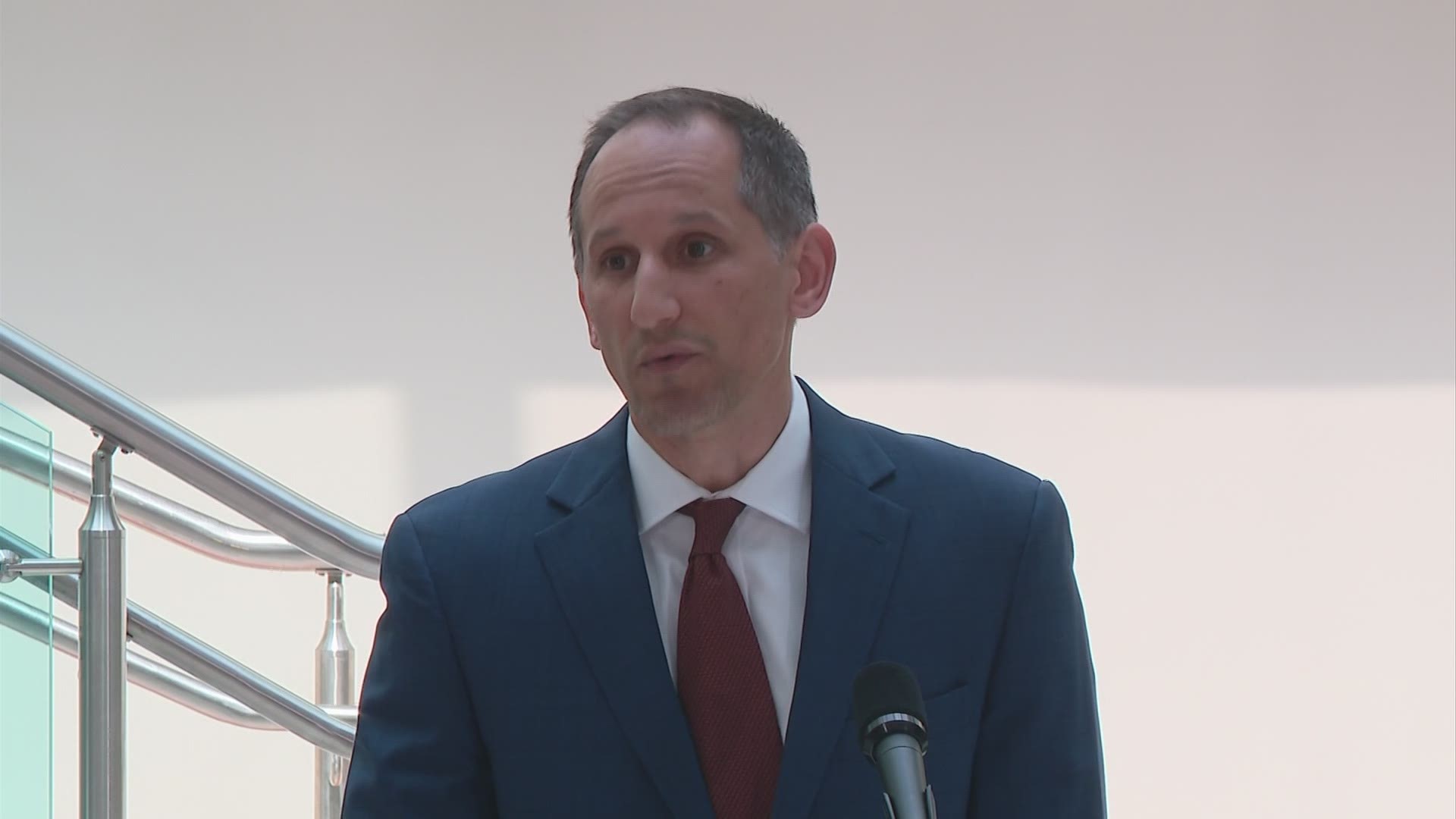 COLUMBUS, Ohio — Columbus Mayor Andrew Ginther announced a new partnership that will work to collect data about guns linked to crime in the city and surrounding areas.

The Crime Gun Intelligence Center is a collaboration between the Columbus Division of Police, U.S. Attorney’s Office of the Southern District of Ohio, and the Bureau of Alcohol, Tobacco, Firearms and Explosives.

The program aims to use technology such as ShotSpotter to collect data on the use of guns in crimes and other major incidents across multiple jurisdictions, according to a release from the city.

Agencies hope to better identify, apprehend and prosecutors gun violence offenders or those who sell or supply the firearms.

The program will also have a task force of Columbus police officers who have received training from ATF.

The city says it will coordinate with ATF and the U.S. Attorney's Office to prosecute some cases at the federal level.

Mayor Ginther, alongside Safety Director Ned Pettus and Police Chief Elaine Bryant, detailed the new partnership during a press conference Thursday. You can watch that announcement below:

"By enhancing our partnership with ATF and the U.S. Attorney's Office with the addition of the Crime Gun Intelligence Center, this will enhance and strengthen our ability to go after the worst gun violence offenders in our city," Bryant said.

The police chief was excited to announce the partnership but she had a message to share with the public.

"To those of you driving these crimes with no regard for human life, I want to make myself very clear: we do not accept and we do not tolerate the senseless violence," she said. "This is a crisis in our community that cannot and will not stand."

The announcement comes as crime continues to rise in Columbus. As of July 5, a total of 105 homicides have been reported in Columbus in just 2021.

Bryant announced on Monday that police will have more presence at some of the city's parks throughout the summer.

“I look at it as a parent. It's not the amount of guns being used, but how do you explain it to a mother who just lost their child? Or a parent who just lost their child. I don't think that person is looking at it as all the crime guns, they are worried about that gun that just killed their kid. That's what we are going after,” said Roland Herndon, Jr, Special Agent in Charge for the ATF.

“Our mission is to reduce firearms violence through aggressive evidence-based investigation, identification and prosecution of shooters and those who supply crime guns,” Herndon said.

The ATF has similar task forces in Cleveland, Toledo and Cincinnati.