Ginther: Columbus police will no longer use tear gas and pepper spray to disperse non-violent crowds

The mayor and other city leaders also announced a new advisory panel for Columbus Division of Police Chief Quinlan. 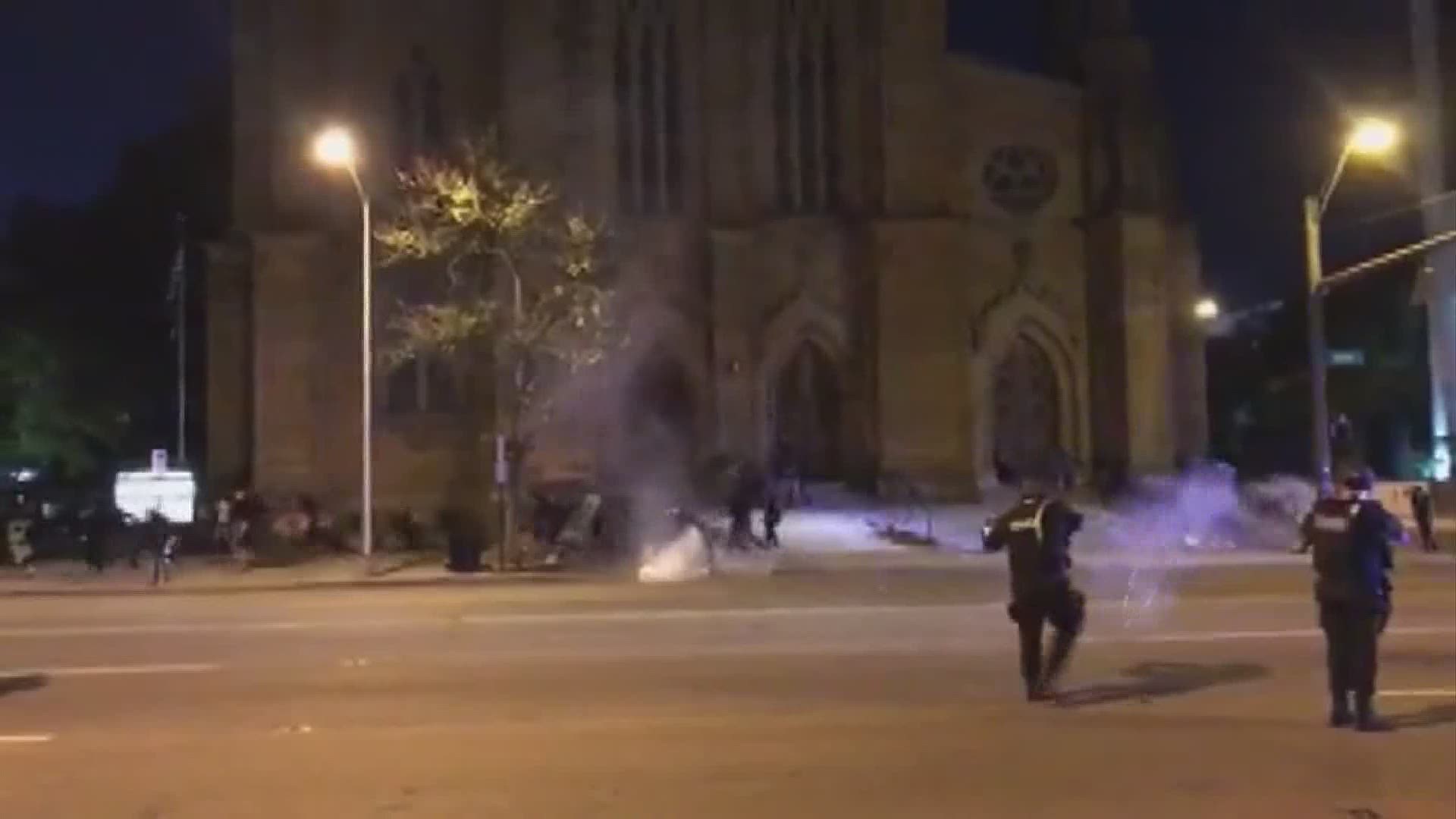 COLUMBUS, Ohio — Columbus Mayor Andrew Ginther announced a sweeping change to the Columbus Division of Police’s use of force policy – officers will no longer be permitted to use chemical spray like pepper spray or tear gas to disperse non-violent crowds.

The use of pepper spray will be limited to clear instances of violence, the mayor’s office announced Tuesday.

The changes come after instances of what Ginther called “overly aggressive” policing in the earliest days of the protests in Columbus – sparked in part by the death of George Floyd while in Minneapolis police custody.

After the first two days of protests in late May, Ginther told reporters that he felt Columbus police officers had showed great restraint during their interactions with protesters – a mix of whom stood peacefully – while a few others shouted at officers and threw water bottles or other objects.

But Ginther said it was the events of Saturday, May 30 – where peaceful protesters were pepper-sprayed or tear-gassed – that prompted the mayor to approach Columbus Police Chief Thomas Quinlan.

Council President Shannon Hardin – who was on the conference call with reporters Tuesday - and Congressman Joyce Beatty were among two elected leaders who were pepper-sprayed on May 30 while standing with protesters near the Ohio Statehouse.

When asked if there was any dissent from the Columbus Division of Police regarding this policy change, Quinlan told reporters that 187 officers had been injured during the course of the protests and added: “Bottom line. We did not get it right every time.”

Quinlan also told reporters “Bottom line. We get it. We understand that the community’s expectation has changed.”

Quinlan went on to say that the department would have to develop new tactics to isolate violent protesters from those peacefully protesting. He did not reveal what those news tactics might be.

While the current policy change allowed for officers to use chemical spray to clear streets, the new change would prohibit such action.

Also announced Tuesday as the formation of chief’s advisory group – a 14-member panel that will act as a conduit between police policy and the community’s expectations. The group, which was appointed by Ginther and the city council, will have its first meeting in July.

A message was left by 10TV News with the local Fraternal Order of Police seeking comment.

The panel, made up for 14 members, were selected by the mayor and the Columbus City Council: