Marvel exhibit to open at COSI in November, featuring more than 300 artifacts

With more than 300 artifacts, Marvel: Universe of Super Heroes is the single largest exhibition to ever celebrate the popular franchise. 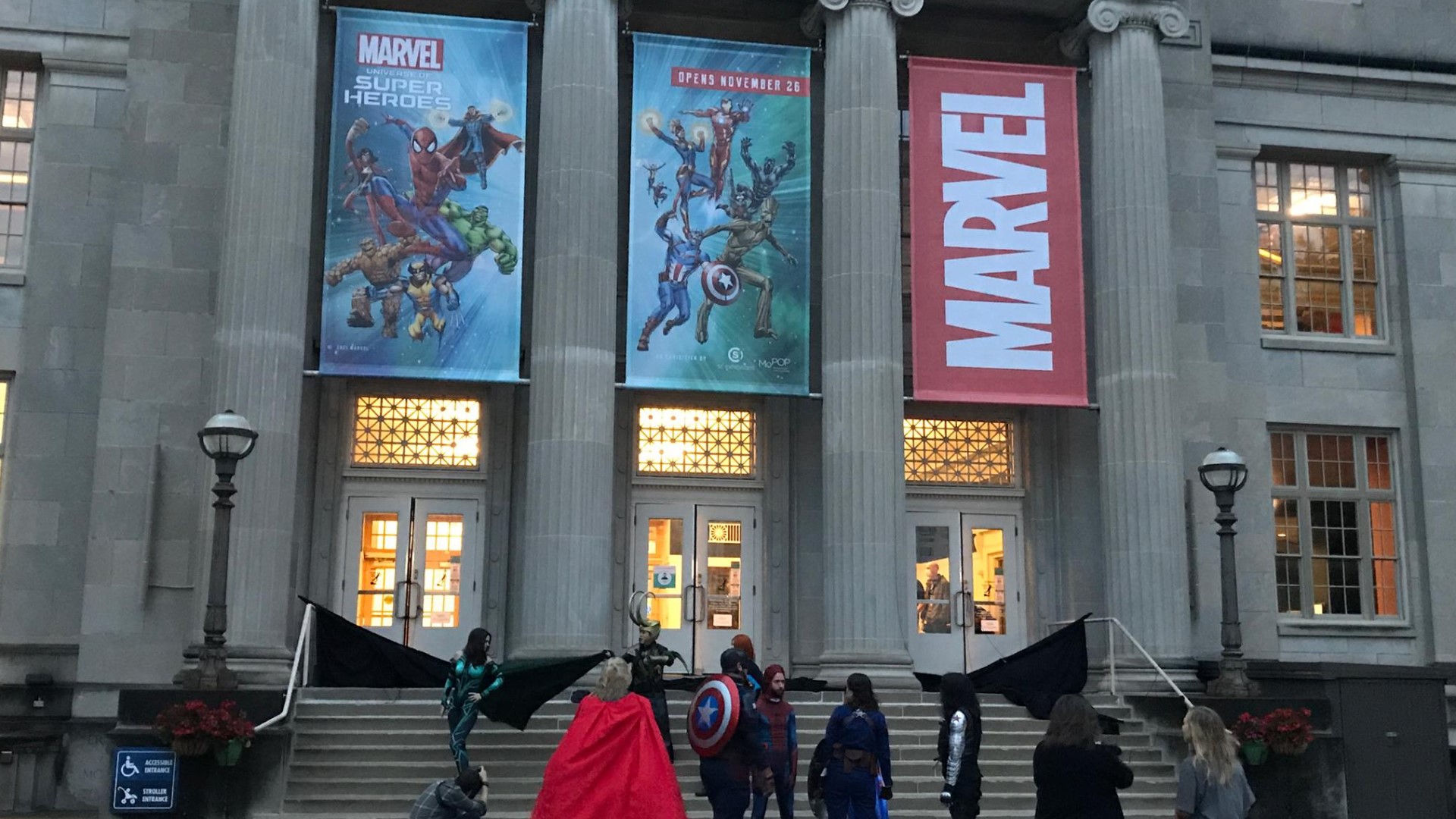 COLUMBUS, Ohio — Comic book fans are invited to step into the Marvel Universe at COSI this November for what organizers are calling one of the most “exciting and groundbreaking" exhibitions the museum has ever hosted.

With more than 300 artifacts, Marvel: Universe of Super Heroes is the single largest exhibition to ever celebrate the popular franchise. It will feature props, costumes and original art from the Marvel Universe, some of which organizers say has never before been put on display.

“Our show begins with the origins of the Marvel Universe and moves through to the present day, giving a chance to see some of the rarest and most precious objects from the past 80 years of pop culture history, and pointing toward the future with work from some of today’s foremost creators,” said curator Ben Saunders.

Dr. Frederic Bertley, president and CEO of COSI, emphasized the impact super heroes can have during difficult times, saying in part, “It’s truly an honor for COSI during such times to be the home to such an iconic experience that celebrates the super heroes in the Marvel Universe, a recognition of the potential super hero in all of us.”

RELATED: Columbus Symphony launches ‘We are here for you’ initiative in effort to break down community barriers