Two parents in Marion have been charged after their 18-month-old toddler overdosed on Percocets twice in less than a week's time. 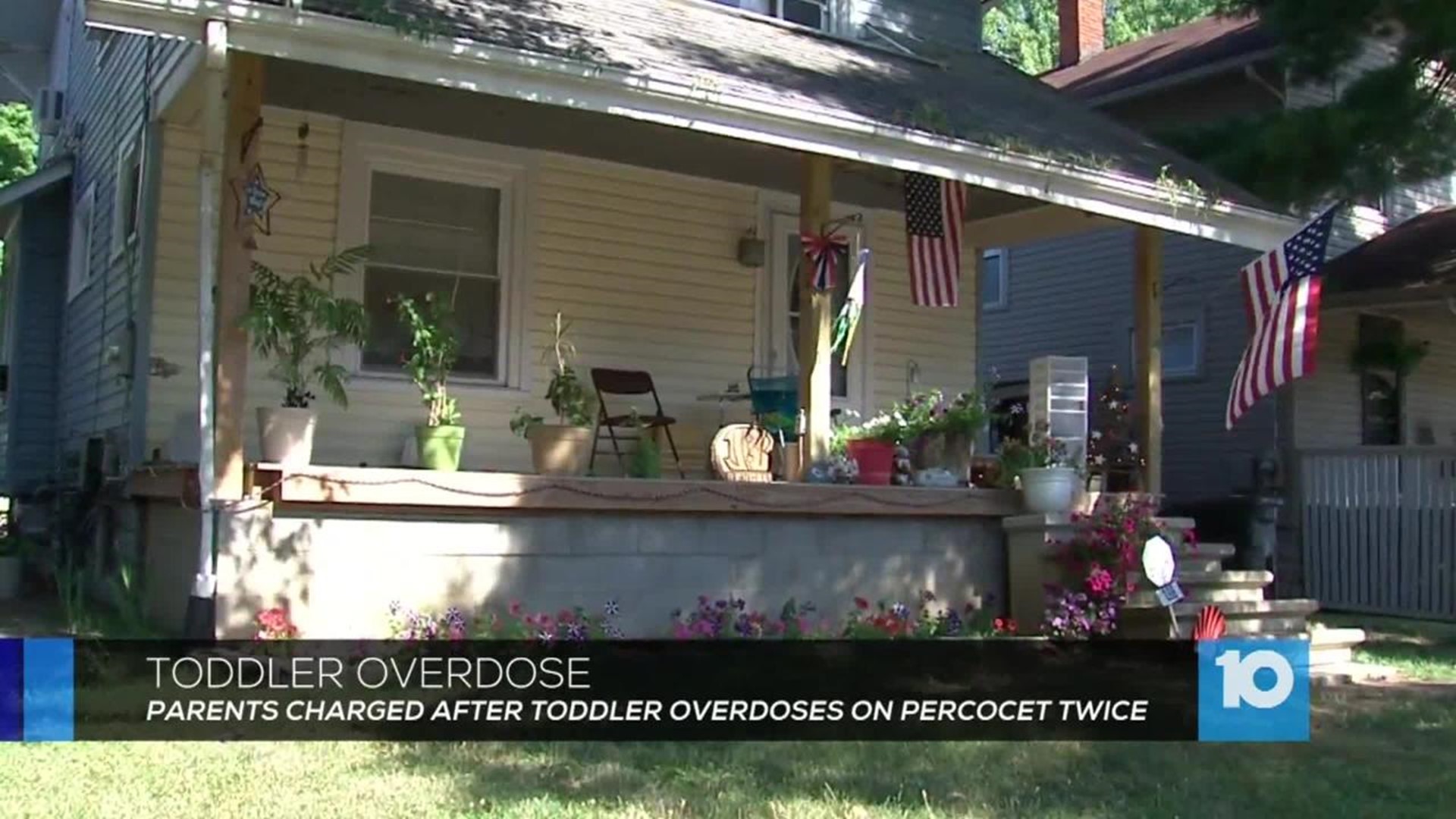 A Marion toddler overdosed on the powerful pain-killer Percocet not once, but twice in five days.

Now investigators want to know how something like that that could happen.

“It really just blows my mind,” a neighbor who did not want to be identified said. “They just look like the all American family, so it's just, it's sad that the little one got a hold of this stuff. I'm still trying to process it.”

There are signs everywhere at the home where police say the child overdosed, that small children live there.

Stuffed animals and toy trucks sit on the front porch, a swing set in the backyard.

Nothing out of the ordinary, in fact, everything seems perfectly in place.

“We're very, very grateful it didn't end up in a fatality,” Major Jay McDonald of the Marion Police Department said.

Marion Police said the 18-month-old little girl of Alan and Kassandra Kearns had to be life-flighted to Nationwide Children's Hospital Sunday.

Officers said the toddler overdosed on Percocet and had to be given a Narcan shot to save her life.

It's the same "save-shot" given to people who overdose on heroin. But even more shocking, this wasn't the first time.

“We didn't know about the incident on [July] 19 and quite frankly in my 23 year police career, I've never seen anything like it,” McDonald said. “The second time in such a short time frame necessitated a police response.”

The toddler had just recovered from a July 19 Percocet overdose.

“I don't understand how a child of that age would be able to have access to something like that,” the neighbor said.

During a search warrant of the couple's home, Marion police found a gun and small amounts hydrocodone as well as marijuana.

But police said there were no signs of the powerful painkiller.

“You have to make sure stuff like that is locked up where they can't get to it,” the neighbor said. “Hopefully this would be an eye opener for them as parents, you know.”

Both parents are charged with child endangerment, which is a third-degree felony.

We're told the little girl is recovering at Nationwide Children's Hospital; her older brother is with family.