Quenten McGee's work has gotten the attention of the Marion Police Department, the mayor, and people across the country. 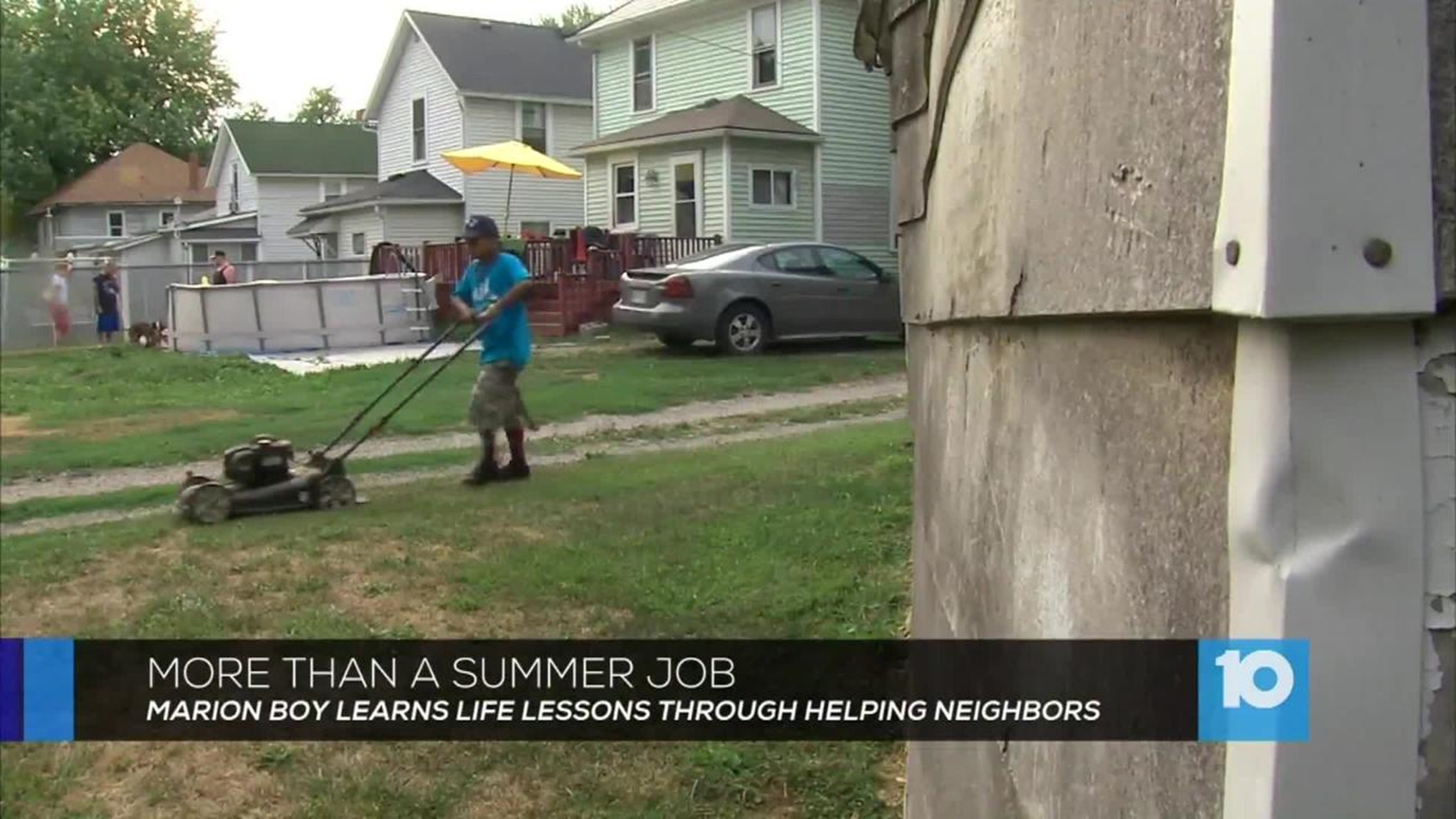 An 11-year-old boy in Marion is mowing lawns in his community for free.

And it's not just any lawns; he's helping those who desperately need the help.

It's gotten the attention of the Marion Police Department, the mayor, and people across the country.

“He saw a need and said he was capable of fulfilling it,” Quenten McGee’s grandmother, Laurie Large said.

What started as something to keep him busy for the summer, has become so much more.

“It's way deeper than just...it's raising men,” Large said. “Raising him to be responsible, thinking of someone beside himself.”

McGee never imagined something as simple as mowing lawns around town would earn him the respect of people in need.

“I feel good about helping people out that really can't help themselves,” McGee said.

And Quenten is on a mission. In just two months, he’s mowed 36 lawns.

“Who volunteers to come mow your lawn for free unless they want something?” Large said.

Quenten does and right now, he maintains about seven lawns each week hoping to add an eighth soon.

It all started when Quenten's grandmother came across a video on Facebook.

A young man by the name Rodney Smith Jr., from the Island of Bermuda now living in Huntsville, Alabama saw a great need in his own community and launched an organization called Raising Men Lawn Care Service.

The hope is to spread the mission and the message, with the commitment of raising boys as positive men across the country.

“When I started mowing, I didn't think I'd get all this attention,” McGee said.

The Marion police department and the mayor recently honored Quenten for helping others in need.

“I was blown away at it,” McGee said.

“We need more people like that and more kids that understand it,” two-time cancer survivor, Betty Dix said.

“It makes us feel a little bit better too,” Dix said.

The creator of Raising Men Lawn Care Service is planning a special visit early next month to visit Quenten and congratulate him on his accomplishments.