The rally is happening around the Ohio Supreme Court on South Front Street from 10 a.m. to 1 p.m. 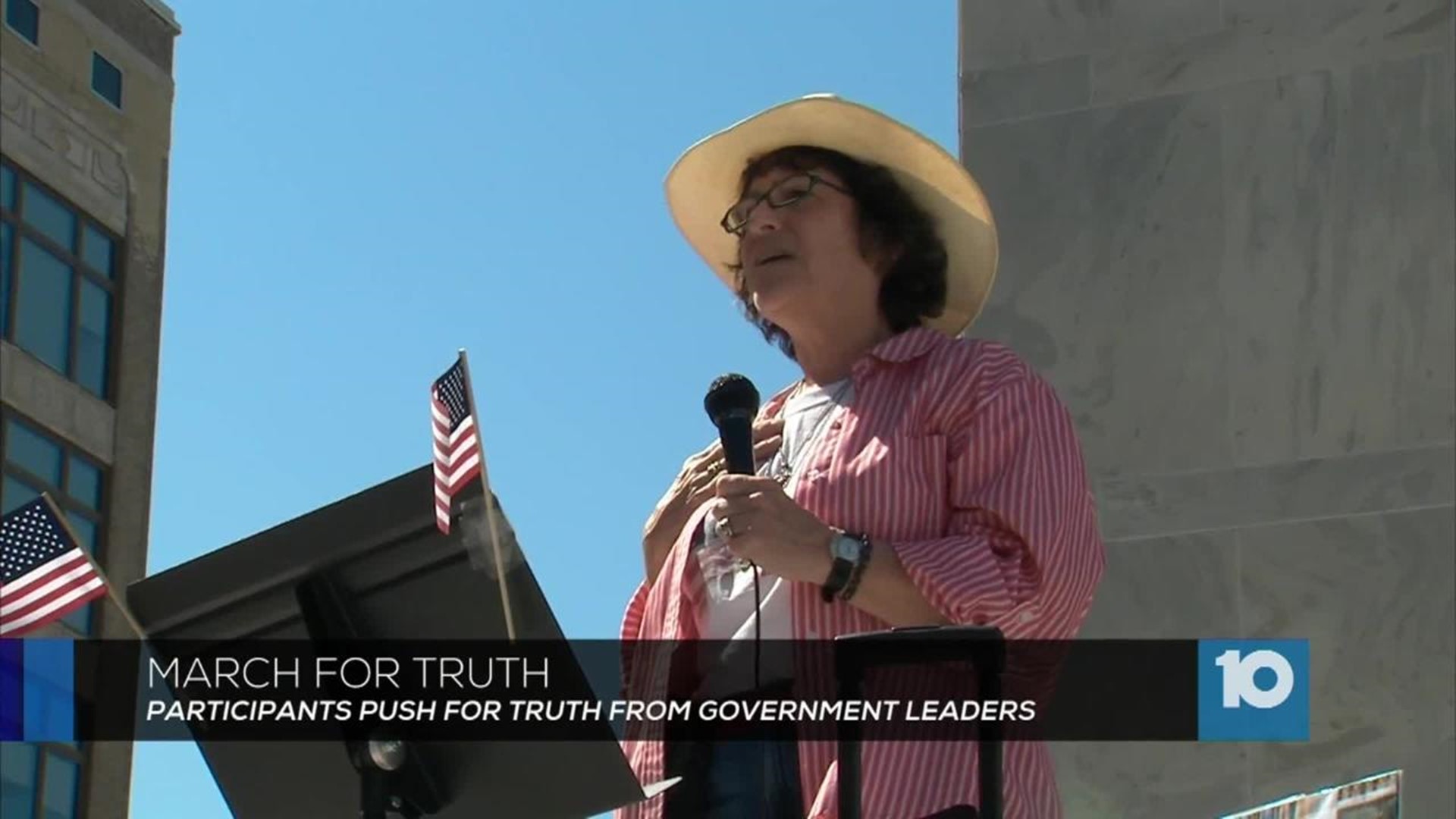 At least 150-protestors gathered in front of the Supreme Court of Ohio on South Front Street Saturday morning for a March for Truth rally.

The crowd clutched signs and American flags as they demanded accountability for what they call false statements by President Donald Trump.

Organizers said they will ask elected and appointed leaders to sign a Pro-Truth Pledge to reverse what they call a 'tide of lies' in the U-S political system.

“People don't really trust what's going on, and they don't trust what's coming out of politician's mouths. If you look at polls, America's trust in government is at its lowest level in ages,” said march organizer Gleb Tsipursky.

The March For Truth movement is also asking Congress to hold non-partisan investigations into accusations of ties between the Trump administration and Russia.

Laurie Maravetz, a special needs teacher, made the hour drive from Springfield to Columbus to take part in the march. She said she wants to know if Russia hacked the election.

“Because that's a threat to our fundamental basic democracy, and I'm afraid for the future of our country,” said Maravets.

Protestors chanted, “What do we want? Truth,” as they marched past the Statehouse to Ohio Senator Rob Portman’s office.

The march is one of seventy events planned across the country.