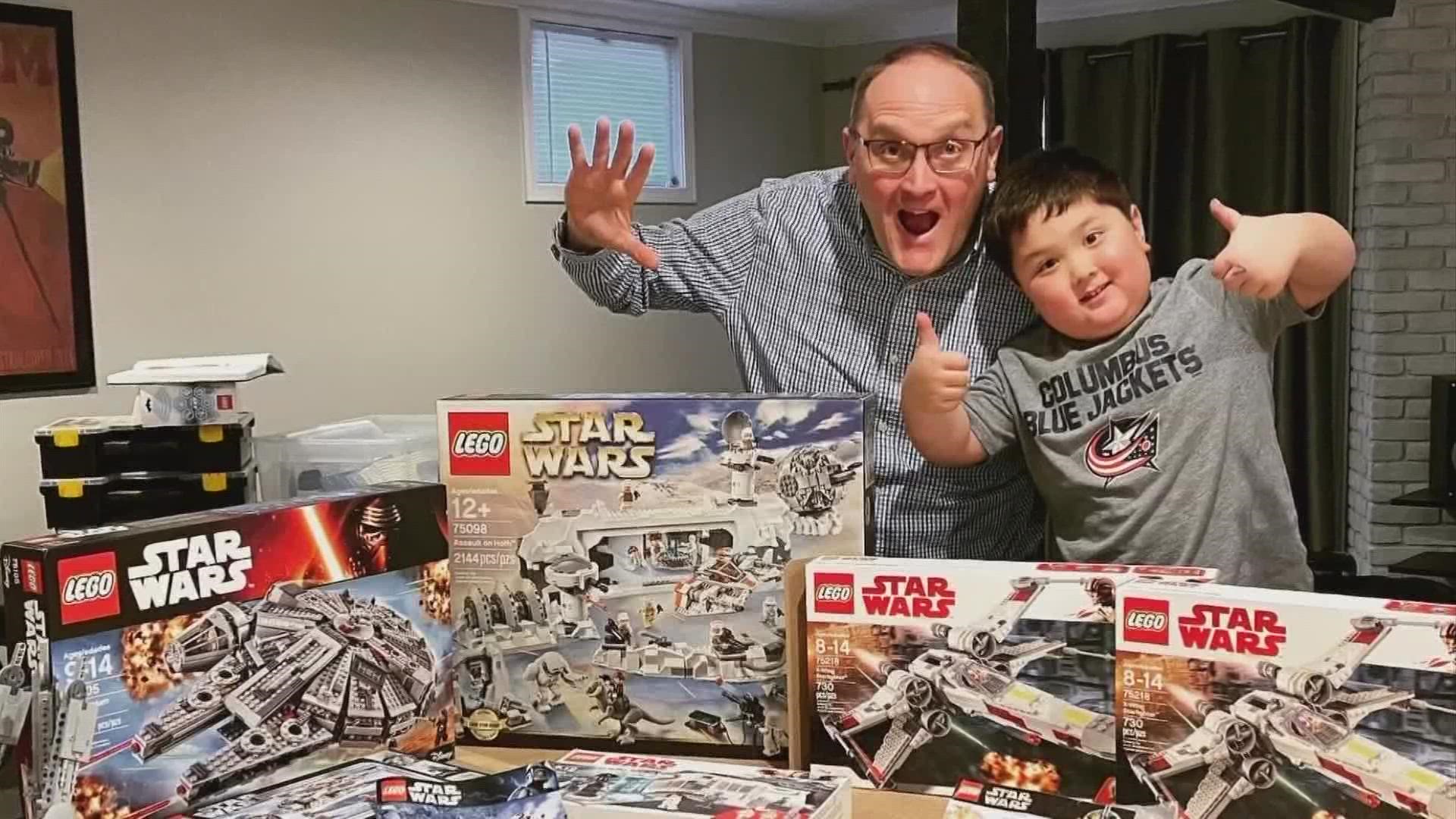 MANSFIELD, Ohio — Every piece is needed. Every. Single. Piece.

That piece for Stacy Davis and her son, Park, is him.

“That’s me,” Staff. Sgt. George Davis said through an iPad screen. “Currently, I am deployed to Germany.”

A sacrifice understood by a 7-year-old while also learning to understand how to do without.

“It’s definitely a challenge being away from my family so we’ve looked for a lot of different ways to remain connected,” Staff Sgt. Davis said.

That’s exactly why every chance they get they connect. On the phone, on the tablet or on the screen.

“I couldn’t imagine doing this 10 years ago or even 15 years ago where there was not a lot of Facetime or Google Duo,” Stacy said.

In the mornings, Park and his dad, while Davis is six hours ahead and on his lunch break, will play Minecraft together, online. Building, while connecting to that missing piece.

“I find that those moments where we’re chatting is when he will share moments that are more meaningful to me and then I’m able to kind of get in some comments that I feel are impacting him rather than me just saying ‘Hey, Park, tell me about your day at school’,” Staff Sgt. Davis said.

Building for father and son goes beyond Minecraft. A mutual love for Lego that started a few years ago has built a bond even mom never expected.

“No, and I definitely didn’t think it would explode like this,” Stacy said, laughing. “Literally the house has Legos all over it.”

Park and George built a custom Clone Wars battle scene that is proudly displayed in the family’s play room. And, inspired by the 40th anniversary of The Empire Strikes Back, they built a battle scene from the planet Hoth.

“What do you think I think about all the toys,” Stacy asked Park, smiling. Park then gave a thumbs down, before they both started laughing.

Stacy, George’s wife of almost 13 years, is appreciative for her husband’s service and thankful for her son’s daily reminders of time passed and the technology that connects them while they wait.

Every piece is needed.

For the Davis family, there are no instructions. They simply follow their hearts.